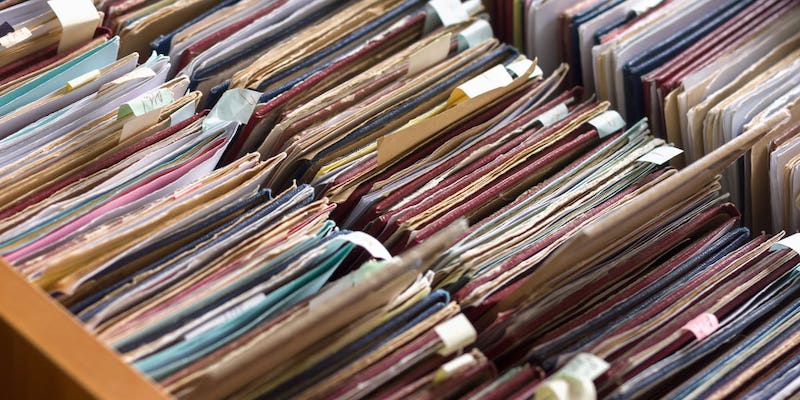 Los Angeles has a long history of activism—and police infiltrators in activist groups.

The Los Angeles Police Department has long defined its mission in its motto: “To protect and to serve.” Now LAPD, like departments across the county, faces a new level of scrutiny about how it fulfills that responsibility, particularly to Black citizens and other citizens of color. The fall-out from the death of George Floyd at the hands—or, rather, the foot—of a Minneapolis police officer and the response of police departments, including LAPD, to the demonstrations triggered by his death has raised awareness of police abuses even among Americans ordinarily unaffected by them.

There is, however, another long-standing form of police misconduct that has not generated the same attention: the use of police intelligence divisions to suppress legitimate political dissent by spying. LAPD, in particular, has a history of citizen spying that spans decades.

This shameful history is a major thread in my latest novel, Lies With Man. The novel features my usual protagonist Henry Rios, a gay, Mexican-American criminal defense lawyer. Set in Los Angeles in 1986, it involves a campaign to pass a ballot initiative that would allow health officials to forcibly quarantine people infected with the HIV virus. Rios agrees to be “of counsel” to an AIDS activist group called QUEER opposed to the quarantine initiative—his job is to try to keep them out of jail when they demonstrate against organizations behind the initiative. These organization include evangelical churches. When one of the churches is bombed, and its pastor dies in the explosion, a member of the activist group is arrested and charged with first degree murder under the felony-murder statute. Rios steps in to defend him.

How does police spying intersect with a campaign fueled by AIDS hysteria and anti-gay bigotry?

In the course of the novel (spoiler alerts here) Rios learns that the QUEER has been infiltrated by an agent provocateur from LAPD’s intelligence division. His assignment was to instigate QUEER to violent protest, thus discrediting the organization and creating a backlash against the gay community to increase the chances of passing the quarantine initiative. Later, it’s revealed that the undercover officer’s actions were directed by an LAPD assistant chief who leads a secret fundamentalist Christian group within the department and who shares intelligence gathered by the department with other fundamentalist Christians who support the AIDS quarantine initiative.

Although fictionalized, very little of this is fiction.

There was, in fact, an initiative on the November 1986 California ballot that would have authorized county health officials to quarantine people with HIV. Sponsored by a committee associated with the extremist Lyndon LaRouche movement, the initiative played off AIDS hysteria and anti-gay sentiment.

In the 1980s, many people believed HIV could be casually transmitted—by touching a person infected with the virus or even breathing the same air—despite hard scientific evidence to contrary. At the same time, gay people were regarded with contempt, fear, and condemnation as was revealed in a 1986 Gallup poll in which 60% of those polled said homosexuality was morally wrong.

Fundamentalist Christian preachers who were already regularly inveighing against gay people (and making bank in the process) now called AIDS the judgment of God against homosexuals; this included such mainstream evangelicals as Billy Graham. In 1985, the year before the initiative went on the ballot, a 1985 Los Angeles Times poll found 51% of those surveyed supported a quarantine of people with AIDS. (Does this controversy—science versus fake news plus bigotry sound familiar? Yes, and it’s not a coincidence. Lies With Man is much an allegory of the present as it is a story of the recent past.)

Also fictionalized, but not fiction was the presence in the 1980s of a cadre of fundamentalist Christian officers in LAPD who sought to imposed their religious beliefs on the department. They were led by Assistant Chief Robert Vernon, known colloquially as “Bible Bob.” His on-the-job proselytizing was so notorious that he was investigated by the usually toothless police commission to determine if his religious belief affected his job performance. After he retired Vernon sued the city alleging the investigation violated his First Amendment right to religious freedom. The suit was thrown out of court not the least because the city, though officer depositions, proved Vernon had been mixing religion and police work.

According to a piece in the Los Angeles Times Vernon operated a “secret group” of fundamentalist Christians in the department; claimed God wanted him to become head of the department, and; “ambitious cops felt pressured to attend meetings of the Vernon’s ‘God Squad,’ as his religious followers were called by non-joiners.” A second Times piece reported that Vernon “elevated the test scores of fundamentalist Christians seeking promotions, advocated that officers be allowed to wear crosses on their uniforms, and attempted to prevent the arrests of Operation Rescue protestors because of his opposition to abortion.”

The most damning factual basis of Lies With Men is the history of citizen spying by LAPD’s intelligence unit on liberal-left individuals and organizations from the 1950s through the 1980s.

In 1975, it was disclosed that LAPD’s intelligence unit had compiled two million secret police intelligence files on individuals and organizations from labor unions in the 1920s to civil rights and antiwar groups in the 1960s and 1970s. Among the hundreds of targets of LAPD spying were the Southern Christian Leadership Conference, the United Farm Workers union, Jesse Jackson’s Operation Push, the Gay Community Services Center, the Beverly Hills Democratic Club and the ACLU. These activities were carried out at the direction of police chiefs William Parker (1950-1966) and Ed Davis (1968-1978). A third chief, Daryl Gates (1978-1992) who came up through the ranks in the Parker-Davis era was also implicated in the spying and, as chief, fiercely resisted law suits aimed at exposing the department’s history of spying.

While most police departments are imbued with conservative political values, as Frank Donner notes in his invaluable study of police spying, Protectors of Privilege, “the political intelligence component of the LAPD is unique because of its unabashed right-wing commitment.” Throughout the department’s history, he writes, “right-wing zealotry [has] reigned supreme.”

Parker, Davis and Gates were racist, reactionary and authoritarian. Parker was anti-Communist to the point of paranoia and made no bones about his contempt for people of color. He characterized Blacks involved in the 1965 Watts civil disturbance as “monkeys in a zoo” and attributed crime in the city’s Mexican-American neighborhoods to their residents “not being too far removed from the wild tribes of the inner mountains of Mexico.” Davis called the city he had sworn to protect a “cesspool of pornography, fruits and bottomless bars,” and scoffed at the idea of recruiting gays, women or minorities to the force: “I could envision myself on the stage of graduation day [at the police academy] giving a diploma to a 4’1” transvestite moron who would kiss me instead of saluting.” Gates is best remembered as the man who defended LAPD’s practice of choke holds, which had resulted in the deaths of several Black suspects, by claiming, “blacks might be more likely to die from chokeholds because their arteries do not open as fast as they do in normal people”.

Under Parker, the intelligence unit, then called G-2, was deployed to spy on his enemies and anyone he suspected of Communist ties, a net so broad it included the First Unitarian Church. No one was safe from Parker’s spies. He even used the unit to keep tabs on the Board of Police Commissioners and, like J. Edgar Hoover at the FBI, kept secret files on politicians he could use to blackmail them and protect his own position.

Under Davis, the unit, rechristened the Public Disorder Intelligence Division (PDID) became even more aggressive in its tactics. Not content to merely infiltrate liberal-left organizations, PDID undercover officers acted as agent provocateurs who tried to incite the groups into violent protest to discredit them. In 1969, a PDID undercover officer encouraged members of the Chicano organization, the Brown Berets, to set fire to the Ambassador Hotel when Ronald Reagan, then Governor of California, was delivering a speech. Members of the group claimed at their trial that the officer set the fires himself. He testified otherwise—the all-white jury believed him and the Brown Berets were convicted.

In another notorious example, an undercover officer infiltrated a group of white allies of the Black Berets. Members of the group had been subject to intense harassment including the rape of a female member. The undercover officer, claiming to be an expert in the subject, offered to teach them self-defense. They asked him to obtain Mace for their self-protection. He agreed, but instead he delivered an explosive they had not requested. Their residences were raided by LAPD and the FBI leading to federal indictments for illegal possession of explosives. Astonishingly, LAPD then infiltrated the defense team via an ex-cop hired as defense investigator who helped engineer a break-in into the offices of one of the defense attorneys. When all this came to light, the case was dismissed on the grounds of police entrapment.

Under Gates the long record of the intelligence unit’s misconduct finally came to light. Donner describes Gates, like his predecessors Davis and Parker, as “arrogant, moralizing, intolerant of critics, and hostile to dissent generally.” But beginning in the 1980s, Los Angeles was becoming increasingly more diverse as was its power structure, a change symbolized by Tom Bradley, the city’s three-term Black mayor. In this changing demographic environment, Gates lacked the political clout and popular support of Davis and Parker. Furthermore, a series of law suits showed the extent of PDID’s spying and generated broad public outrage. Among other things, the law suits revealed that a PDID officer had fed confidential police files to a right-wing organization called the Western Goals Foundation which then entered the material into its data base. Such revelations as well as mounting public and political pressure and Gate’s own ineptitude forced him to disband the PDID in 1983.

However, out of the ashes of PDID arose the Anti-Terrorist Division which, now called the Counter-Terrorism and Special Operations Bureau, continues to operate. According to the LAPD website, this new unit is charged with “the prevention of significant disruption of public order by those who seek political or social change through illegal means,” a charter more than sufficiently broad to cloak all manner of potential misconduct.

In Lies With Man, a high-ranking officer in the LAPD deploys an agent provocateur from PDID to discredit a gay activist group by implicating it in a murder that he engineered. While the characters and detail may be fictional what is indisputably true is that for decades the unit was weaponized as a kind of secret police that served the racist and homophobic agenda of its powerful, authoritarian police chiefs with the barest of oversight.

Could something like it happen again? It’s still going on. A report by the Brennan Center for Justice reveals that undercover police infiltrated the protests that followed George Floyd’s death in at least three states, including North Dakota where an undercover cop shouted “Fuck the police!” at a protest, apparently to incite violence. An article in the British newspaper, The Guardian reported that between 2015 and 2017 the New York Police Department infiltrated small groups of Black Lives Matter activists. Is LAPD’s intelligence until still spying on organizations like Black Lives Matter? Perhaps only a future law suit—or another novel—will provide the answer. 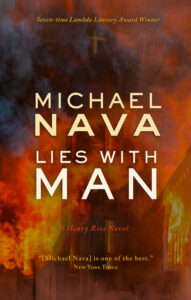 Michael Nava is the author of the Henry Rios novels for which he was been awarded seven Lambda Literary Awards for best mystery. Lies With Man, the newest Rios novel, was published in April. He wishes to acknowledge Frank Donner’s Protectors of Privilege: Red Squads and Repression in Urban America (University of California Press, 1992) which was an invaluable resource for both his novel and this essay. 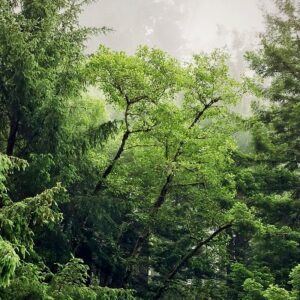 As the Cayuses struggled for their very survival, Henry Spalding despaired of his new life among American settlers in the Willamette...
© LitHub
Back to top