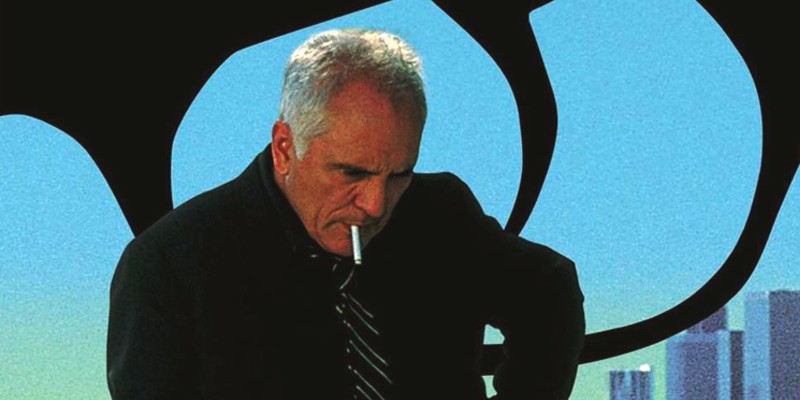 ‘The Limey’: How Steven Soderbergh Subverted the Classic Revenge Film

An inspired narrative choice and an unusual structure were just the start of what separates this 1999 neo-noir from others in the genre.

A silver-haired man in a black jacket prowls the arid streets of Los Angeles, shouting in indecipherable cockney, brandishing a large silver pistol at anyone who gives him grief. His name is Wilson, and he’s a British ex-con with a reputation for serious violence. He wants to kill whoever murdered his daughter, Jenny. He thinks a record producer named Terry Valentine is responsible.

If you’ve never seen Steven Soderbergh’s “The Limey” (1999), you might read that barest description of its plot and assume it follows the usual framework of a revenge flick: the protagonist, wronged, murders or ruins the source of their anguish. It’s a story as old as the Bible, extended to modern crime fiction through numerous books and films.

But “The Limey” gradually subverts that centuries-old trope. At the outset, Wilson (Terence Stamp) arrives in Los Angeles, where he connects with Eduardo (Luis Guzmán), one of Jenny’s friends. Convinced that Jenny’s fatal car crash was foul play, Wilson enlists Eduardo’s help in tracking down Jenny’s boyfriend, a record producer named Terry Valentine (Peter Fonda) who dabbles in the drug trade.

Like many a questing soul in Los Angeles before him, Wilson ends up in a warehouse used by drug traffickers, who taunt and beat him before dumping his bleeding body in the parking lot. Undeterred, Wilson promptly marches back into the building and shoots almost everyone inside, telling the lone survivor: “Tell him I’m coming!” (Soderbergh, perhaps interested in subverting how such scenes usually play out, declines to show the gunfight; the camera stays outside while Wilson enters the warehouse, but we hear his rampage.)

The “him” in “Tell him I’m coming” is Valentine. Wilson eventually infiltrates Valentine’s hillside mansion, where he throws a bodyguard off a balcony during a posh industry party, then manages to evade Valentine’s security consultant, Avery (Barry Newman), after a car chase through the Hollywood Hills. Things escalate from there; Valentine eventually takes refuge in a house in Big Sur, surrounded by bodyguards. Wilson picks off that hired muscle before confronting Valentine himself on a rocky beach.

Before we tackle what happens next, it’s worth exploring the film’s production. The original script, by Lem Dobbs, is a conventionally structured narrative. But Soderbergh, once he’d assembled his first cut, realized something was wrong. “It was clear that that version was not working at all and that we would have to really reconceive the movie completely,” he told Deadline many years later. “Doing that involved some additional shooting and then, most importantly, rebuilding the movie from scratch, essentially, which Sara Flack, the editor, and I did over the course of several months.”

He’d never been more frightened during the editing process, Soderbergh added. In the end, he and Flack decided to jumble the narrative’s timeline with abrupt, out-of-sequence cuts. Over the course of a few seconds, we might see Wilson in his plane seat, flying home from Los Angeles; in his hotel room, contemplating his luggage; wincing in pain while a friend stitches up his wounds; and as a much younger man in the 1960s, strumming his guitar—all of it accompanied by dialogue from yet another scene. (For the flashbacks, Soderbergh borrowed clips from “Poor Cow” (1967), a Ken Loach film starring a much younger Stamp.)

The effect is disorienting at first, but once you’re immersed in its rhythms, it feels organic, like stream of consciousness. “It’s something that movies do very well, which is, I think, to recreate how your mind works and we are perpetually in sort of three different temporal states,” Soderbergh said during that same Deadline interview. “We’re thinking about things that happen to us, we’re thinking about things that might happen to us or going to happen to us, and we’re also in the present, living in the present, hopefully. So, we are in this sort of continual mélange of mental states.”

That editing scheme lends the film an unusually elegiac air, with nearly every scene adding weight to Wilson’s regrets and grief. And at the climactic moment, as Wilson kneels beside a wounded Valentine on the beach, the old revenge-movie tropes completely implode. “Tell me… tell me about Jenny,” Wilson hisses, and Valentine obliges, explaining how Jenny threatened to tell the police about his big drug deal, after which he accidentally killed her. Thanks to the interwoven flashbacks, the audience already knows that Jenny, as a small child, would pick up the phone and threaten to call the police on Wilson—the threats always empty, powered by her love and fear for her father.

Valentine’s grief seems to almost match Wilson’s own. Instead of killing the wounded man, Wilson turns and walks away into the night. There’s some ambiguity here; given Valentine’s broken ankle and the roaring ocean a few feet away, it’s tempting to think that Wilson left his daughter’s killer to drown in the rising tide. But Dobbs’s script makes it clear that Valentine is meant to live, with an un-shot scene where he crawls back up the cliff to his house.

That’s a huge reversal from your typical revenge movie, which climaxes with the protagonist receiving their bloody catharsis. Think of “Get Carter,” in which the titular character (played with stately iciness by Michael Caine) drowns, shoots, and beats to death everyone responsible for his brother’s death and niece’s sexual abuse; or, at an even further extreme, John Wick, who guns down hundreds of mobsters (and counting) over the course of three movies (and counting) because a young punk made the mistake of killing his dog and stealing his car.

In the case of “The Limey,” catharsis—or an exhausted, bloody version of it—doesn’t flow from more killing, but from forgiveness and mutual grief. Wilson not only recognizes that his daughter loved Valentine, but that he’s not totally blameless in her death, since her actions stemmed from her long-ago relationship with him. Not every death deserves vengeance. How many revenge films end with that kind of message? 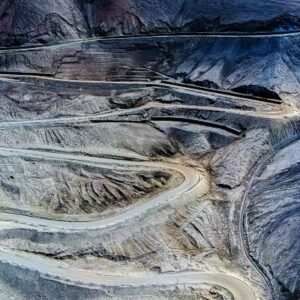 “What makes a killer plot twist?” A well-executed plot twist is all about the careful delivery of information. When...
© LitHub
Back to top