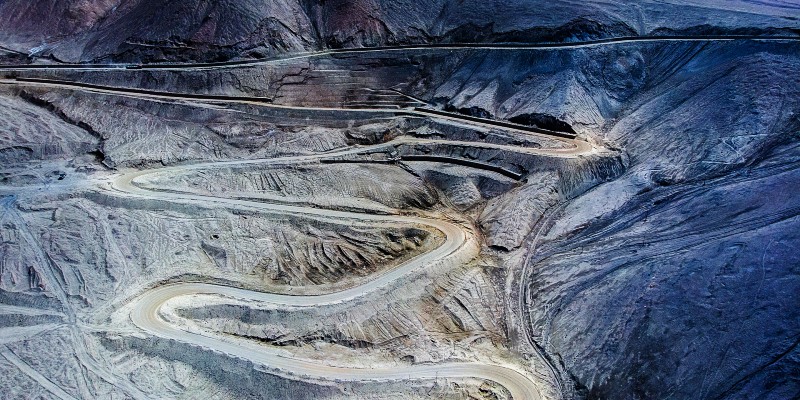 One author's exploration of upended expectations, fair play, and stories that deliver what readers need.

“What makes a killer plot twist?”

A well-executed plot twist is all about the careful delivery of information. When twists fail to work as intended, the most common criticism is that they are “predictable.” And while you should always take care to misdirect readers away from anticipating your surprise beats, it’s also far from the only thing you’ll have to consider. In my view, here’s what makes a killer plot twist.

It should feel inevitable. As surprising as a good plot twist is in the moment, when viewed in retrospect, it should also be foreshadowed. It must emerge organically from what came before, and that means that all the clues should have been there. That’s the real elegance of the magic trick—that you’ve been playing fair with your reader. Just being unexpected isn’t enough (another reason why the “it was all a dream” ending is so maligned). It’s also easy to mistake a complication for a twist. While out-of-nowhere problems are a great way to intensify the story’s moment-to-moment suspense (I often delight in imagining things that can go wrong for the main character), it doesn’t land with the same visceral impact as a plot twist because the groundwork isn’t there. A complication can be simple bad luck, but a twist is inevitable. The clearer the reader can recall these “signposts”—and the longer they’ve been embedded in the story—the bigger the exhilaration when you circle back on them to deliver an unexpected (but fully unavoidable) revelation.

It should make the story better. The information revealed in a killer twist should cut the story closer to what it’s truly about. It must expand or deepen the central conflict. Stories are a bit like icebergs. The premise or hook is the ten percent of the iceberg visible above the surface, and the lurking, unseen ninety percent is the true story. Plot twists serve to gradually reveal the rest of the iceberg. There’s a reason people still talk about the surprise ending of The Sixth Sense—it’s far more than a gotcha. It encapsulates the story and reveals all of the ice left under the surface. It perfectly unifies the two protagonists’ arcs—Dr. Crowe has helped his final patient and made his peace to move on to the afterlife, and Cole has learned to use his gift in a positive way. It’s a jolting shock that Dr. Crowe has been dead all along, and that’s certainly part of why it’s remembered so clearly—but it’s also a perfect conclusion to a satisfying story.

It should still deliver on your promises. This is a simple point, but ignore it at your peril. I believe it’s a writer’s job to ultimately give readers what they want—just never how they expect it. This all comes down to keeping your promises. If you hint that a character is a killer and then (surprise!) they aren’t, that’s a perfectly fine reveal—but you’d better make sure there’s either a real killer still lurking in the story somewhere, or you’re winding up to deliver something even better. With every clue and setup, your story is making promises to the reader. Always be aware of whatever tantalizing possibilities your early acts might intentionally (or unintentionally) promise, and make sure you deliver on them by the end.

Lastly, it’s all about the delivery. Remember that the story’s characters can help you reveal (or withhold) information for effect. Think of them as a useful third party between you and your reader. For example, the brilliant 2019 action film Mission: Impossible–Fallout faced an interesting challenge. Because star Henry Cavill was cast in a supporting CIA “good guy” role, audiences expected him to become a surprise-villain the minute the trailer dropped. And sure enough, an hour into the film, Cavill’s character predictably reveals his true motives and betrays the team. By itself, this twist could land with a thud. But then the real twist happens: he’s caught red-handed by Tom Cruise’s character, who’s tricked him into incriminating himself. The twist isn’t that Henry Cavill is a bad guy—the twist is that Tom Cruise was onto him all along. The lesson here: if you suspect readers are onto your twist, add a new layer. Or even flip it and allow your protagonist to be a step ahead of the development. Readers who anticipated the twist, like the hero, will be aligned closer to him or her. And readers who haven’t will have just received two surprises for the price of one. What I find most fascinating about this example is that no major structural change in the story was necessary—the rollicking plot thunders on, largely uninterrupted. It’s all about the delivery of information! 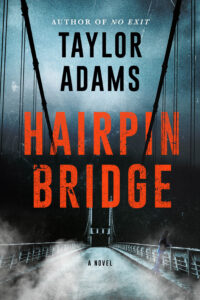 Taylor Adams graduated from Eastern Washington University with the prestigious Edmund G. Yarwood Award. His directorial work has screened at the Seattle True Independent Film Festival and his writing has been featured on KAYU-TV’s Fox Life blog. Taylor lives in Washington state and has written two previous novels, Eyeshot and Our Last Night, published as e-books by a U.K. publisher.

‘The Limey’: How Steven Soderbergh Subverted the Classic Revenge Film 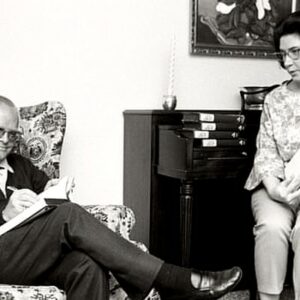 An investigator, a judge and a reporter walk into a bar. They’re all promoting their latest true crime books. There’s...
© LitHub
Back to top