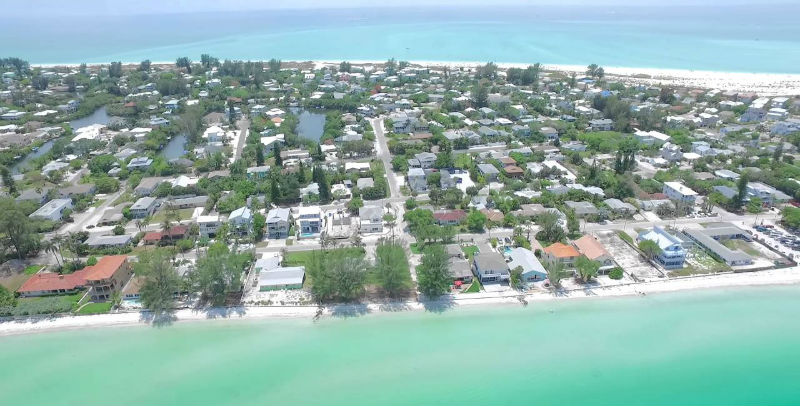 The Making of a Florida
True Crime

Lots of novels begin with coincidences. A character is at the right place at the right time—or, when we’re talking about crime, the wrong place at the wrong time. They see something they shouldn’t, or hear a rumor and get curious, and suddenly they’ve stumbled into stories bigger than they knew.

Love and Death in the Sunshine State isn’t fiction, but that’s exactly what happened to Cutter Wood. A few weeks out of college, he found himself in a motel on Florida’s Anna Maria Island, on the outskirts of a family reunion. It was a fine place, no Bates Motel, and he’d never have thought about it again if he hadn’t heard it burned down. When Wood idly started reading about the fire, he discovered that the motel’s co-owner Sabine had gone missing, and, soon after, that her boyfriend Bill had tried to flee the county.

Wood was in graduate school then, and falling in love. He was in the perfect frame of mind to latch onto a story, and latch on he did. He began traveling regularly to Florida, interviewing Sabine’s friends, visiting Bill in prison, trying to understand how a relationship can go so irrevocably wrong. The result is an exploration of motive and desire, a little bit of death and a whole lot more love. It’s compelling and ethically sticky, and it will haunt you for a long time after you’re done.

LM: How long did Love and Death in the Sunshine State take to write?

CW: I first got interested in 2009, and started seriously writing in 2010. I sent a manuscript out to some agents in October of 2015, and within fifteen minutes of me sending it out, William Cumber—the central player in the story—confessed.

I’d interviewed him a ton of times. I’d gone down there every year to talk to Bill, and I’d always felt pretty certain that he’d committed the crime, and had written this book on that assumption. A lot of the book is trying to imagine the relationship between Bill and Sabine before she dies. I’d written five possible endings, five different murder scenes. They kept seeming too gruesome—but it turned out that the most gruesome one was right.

Afterwards, I went down there and sat down with Bill for a week straight. He gave me the full, complete version of events then, from meeting Sabine for the first time to burying her body. It was disturbing, for him as well as for me. Bill has done bad things, and he understands that, but it’s a special kind of punishment to be asked to sit for a week and relive it.

LM: Did you feel guilty?

CW: Yeah. I felt guilty in a lot of ways. I didn’t want to be overly dramatic, or to sensationalize the story. I wanted to be empathetic to all the people involved, though that might mean the book offends everybody.

LM: When was the moment when the book became real to you?

CW: I think it was the first time I went to Florida, got off the plane, and felt sick. I remember feeling bodily ill. That was when I knew the story had infected me to the core. It was like it had rewritten my code.

Or maybe when I started to form an idea of Sabine. It’s startling to see someone appear on the page, whether they’re real or imaginary, alive or dead. I don’t think you ever fully capture somebody on the page, but still, to see her emerging was disconcerting and very much made me feel like I had to take this story seriously.

LM: Is Love and Death a book about Bill and Sabine, then? It often feels more like it’s about your relationship with Bill.

CW: I think it’s both. I will say about Bill that he’s a likable enough guy, but not somebody you’d be dying to spend a ton of time with—or I wouldn’t. And yet I felt like I saw similarities between us, even if I have some impulse control that he was lacking. Mainly, we have a tendency to project our unhappiness on another person, which I tried to write about in the sections dealing with my own relationship.

In Bill’s relationship with Sabine, they were trapped in an apartment together after he got out of prison, having never lived together before. There were some real class issues at work. He felt like he couldn’t bring his friends around, and he wasn’t comfortable with her friends. And there’s alcohol as a compounding factor.

LM: What was the class dynamic like between you and Bill?

“[W]hen you’re visiting someone in prison, you’re like a lifeline for them.”

CW: I never felt like it was particularly front-and-center with us. Actually, the strangest dynamic between us was that when you’re visiting someone in prison, you’re like a lifeline for them. He’d send me letters with his drawings in them, hoping I could help him set up a business to help him sell his drawings online. And they were disturbing drawings! So that was hard.

LM: You said a few minutes ago that Bill was likable enough, but not someone you’d want to spend a lot of time with, and yet you spent years driving miles and miles to spend time with him. What made you return?

CW: The cynical answer is that I wanted to finish the project. And the whole time, I knew I wasn’t getting the complete story. It’s so stupid, but I kept going back, asking the same questions, working very slowly to the same points. I never thought Bill was a reliable narrator of his own life.

LM: Do you think you are?

CW: I don’t think that I have given the definitive history of Bill’s life, or Sabine’s, but I hope that I have given one that is accurate and precise. It’s not the capital-T Truth of their lives, but I’ve tried to tell my cobbled-together version.

LM: That’s an interesting phrase given the genre-mixing in this book. Sometimes it’s memoir, sometimes it’s true crime. I’m curious about how that mix arose.

CW: It’s about why we destroy the things and people we love, consciously and unconsciously. And more broadly, it’s about the forms that violence takes in a relationship.

LM: Why did you put so much of your own relationship in there?

CW: George Orwell is one of my heroes, and part of what I’ve always admired about him is that he doesn’t accuse anyone else of anything he wouldn’t accuse himself of. I don’t think I did as good a job as Orwell does of lampooning himself, but it was important to me to make sure I wasn’t just putting Bill and Sabine’s relationship on a slide and examining it.

LM: Would you have been able to write the book without putting yourself in?

CW: I could have, but I didn’t want to. Some TV show actually did an episode on this case after Bill confessed, and what they did was find people who weren’t especially close to Bill or Sabine, build up suspense—I mean, the story has a classic shape. There are three guys who are persons of interest in the fire, and the show played up the other two angles, then suddenly introduced Bill, and I just didn’t want to structure a book that way. That felt potentially unethical, or at least disingenuous.

LM: How did you write in an ethical way about Sabine?

CW: I talked to her closest friends, and her brother. Her estranged husband would never talk to me. I feel bad for him—even when she was alive it wasn’t an easy relationship for him, and to have it blow up in this terrible fashion was awful. If I could have not included him in this book, I would have. I felt so bad for what had happened to him.

CW: I haven’t seen him since that final set of interviews. We write letters—he writes a lot more letters than I could ever keep up with, which means he’s often frustrated with me, and rightfully. And like we talked about, we have a very strange relationship. Bill doesn’t know many people on the outside. He has a son, but he’s not close with him, or anybody. I’m his only contact outside prison, which applies a lot of pressure to our interactions.

LM: Do you think you’ll ever stop keeping in touch?

“I got into this as an idiot twenty-four-year-old. I didn’t understand that I could stop writing about it, but it would never stop being part of my life.”

CW: I don’t know. I got into this as an idiot twenty-four-year-old. I didn’t understand that I could stop writing about it, but it would never stop being part of my life. I still write to Bill; I still have a ball of dread in my stomach every time I get off a plane in Florida, or read about the news in Florida.

I could imagine the two of us drifting apart, or I could imagine us corresponding forever. Even if we didn’t keep writing to each other, it would stay on my mind very much.

LM: Are you glad you wrote this book?

CW: Yes. You know, nobody’s ever asked me that question before, and I’m surprised to hear myself saying yes. But I do. I continually think back to what I learned. This book taught me how to be kinder, and so in that respect, I’m really glad I did it. 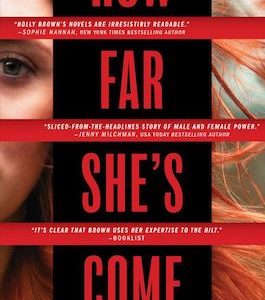 Prologue They’re watching me, I know that. And I’m not talking about the viewers at home, though it’s no coincidence...
© LitHub
Back to top