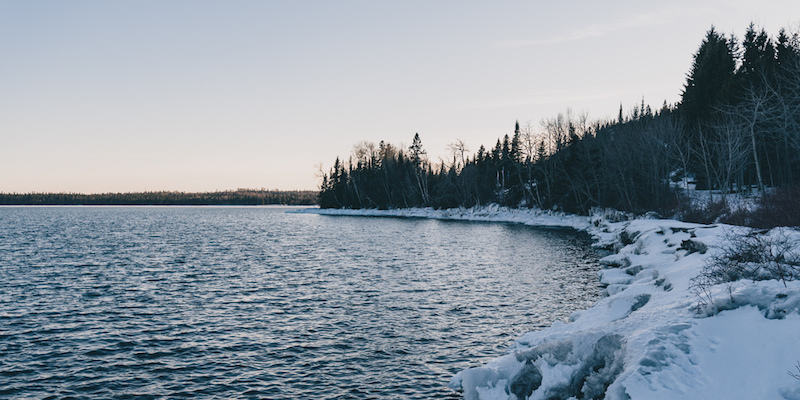 Why the Great Lakes Make For the Perfect Mystery Setting

My obsession with Lake Superior started with a song. The lyrics of The Wreck of Edmund Fitzgerald grabbed hold of my imagination in my twenties and never let go. Those lyrics got across so much of the mystery and danger found in the lake. I was especially intrigued by the lyrics about how the lake doesn’t give up its dead, and I had to research to see if it was true—it is. The lake really doesn’t give up its dead easily because the water is so cold that bacterial action is inhibited. The bodies sink and don’t float. And I just shiver at the lyrics about how the lake sings in its ice-room mansion. Ojibwa natives called Lake Superior Gitche Gumee which means Big Sea Water. But I’ll bet you knew that from reading “The Song of Hiawatha” by Henry Wadsworth Longfellow in school.

Because of this obsession, it was only natural when I set out to write my first mystery, I turned to the danger and mystery of the Upper Peninsula, specifically the Keweenaw Peninsula area that juts into the lake on the west side of the Upper Peninsula. I like to say writing about this interesting place taught me how to bring a deeper sense of setting into my novels.

There are so many fascinating things about Lake Superior that fuel the imagination. Vicious storms can rise up suddenly and sink a ship or a pleasure boat out for an afternoon sail. In the winter there are ice volcanoes that look like an ordinary hill of snow, but inside is a hardened cone that erupts with a mixture of ice, water, and sleet. I once had my protagonist hiding from the killer in an ice cave, but the ice break starts before she can get out.

There are so many fascinating things about Lake Superior that fuel the imagination.

Rip currents take swimmers unaware (if you’re brave enough to put a toe in the icy water!) and longshore currents can make it dangerous to swim near piers. Shipwrecks hold onto their mysteries too. Take a dive through one and all kinds of items are preserved. I had the sister of one of my protagonists trapped in a shipwreck with her air running out. The list of dangerous scenarios is endless.

And it’s not just the lake itself that’s dangerous and mysterious. Small planes can go missing in the vast forests. My first Rock Harbor novel had a widow and her search dog trying to find the remains of the small plane that went down with her son and husband. The vast forests make things like that nearly impossible. Hunters can step into the trees and never emerge. A blizzard can catch hikers unawares. One fun fact about the area I discovered when visiting in the winter was that people have brightly colored balls or other items on their radio antennas to help their vehicle be seen above the snowdrifts. There are bears and wolves in the area too. And you have to be wary of hitting moose on the road.

But the U.P. offers more than just a great physical setting—the people and food are unique and special too. The people are called Yoopers and many in the Keweenaw area are of Finnish and Welch descent. Saunas abound, but I can’t quite take the practice of sitting in a sauna then taking a plunge in an icy lake! A favorite lunch is the ubiquitous pasty. You can buy the delicious meat pie just about everywhere. One of my very favorite places to visit is The Jampot. It’s run by monks from a nearby monastery, and the thimbleberry jam is unique and delicious. They also sell fresh baked cookies and other treats as well as wonderful coffee they roast themselves. I was privileged to visit the monastery, thanks to a friend, and I’d love to go back and talk to the monks again. They are wonderful men, and so interesting. I’d like to have a runaway monk go missing so don’t take my idea!

One of my favorite towns is Houghton/Hancock. The area was settled by Finns which is one of my favorite cultural groups since I’ve been to Finland and know a lot about it. Geology is a hot area of study there, and the friend who introduced me to the monks makes beautiful agate jewelry and other pieces. The towns merge together and are situated on hills that look down on a charming riverside downtown. It’s been named one of the 100 most charming small towns in America for good reason.  Michigan Tech brings culture and interest to the town as well. There are thriving bookstores to explore and small shops to wander. North Wind Books is a favorite of mine.

The Upper Peninsula around Lake Superior is layered with interesting topics from environmental concerns to lighthouses to the Ojibwa, also known as Chippewa, culture and legends. When I was writing Haven of Swans, I stumbled across an article about how the mute swans were taking over the habitat of the native trumpeter swans. That story turned my whole novel around. The swans led to Swan Lake which led to ballet which led to my villain’s motive and my heroine’s past. An interesting plot might also include Native American myths such as the Windigo, a vengeful spirit.

Here is a smattering of my favorite books set along Lake Superior: 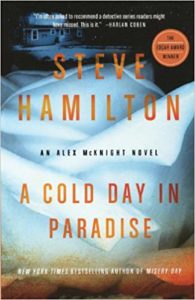 I’ve read all Hamilton’s books, and they have a great sense of place up in the U.P. His setting is Sault Ste Marie, known as the Soo. His descriptions of the great ships going through the locks fire the imagination, and I have to have a blanket when reading his novels because his descriptions of the cold plunge my body temperature! 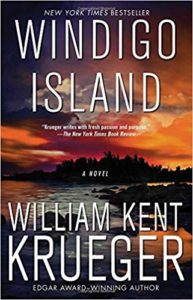 The Windigo is a vengeful spirit in myth up in the U.P. and it’s a fascinating one. Sex trafficking of native girls is a known problem up there too, and Krueger delves into that as well. 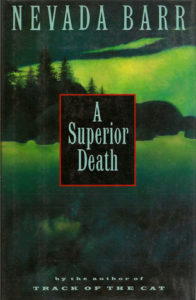 A Superior Death by Nevada Barr

I’ve read all the Barr’s Anna Pigeon novels, and this intriguing setting is Isle Royale National Park, a remote Superior island known for its deep water dives of shipwrecks. Anna has to go on a dive of her own to investigate a murder. As in all of Barr’s books, the reader is totally immersed into the setting.

The Lake Superior area is well worthy of interest to novelists! 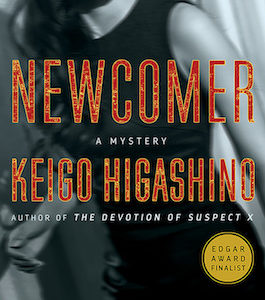 “What’s this Iga fish plate doing on the shelf here? The black Bizen ware is supposed to be displayed over here. You got it wrong...
© LitHub
Back to top