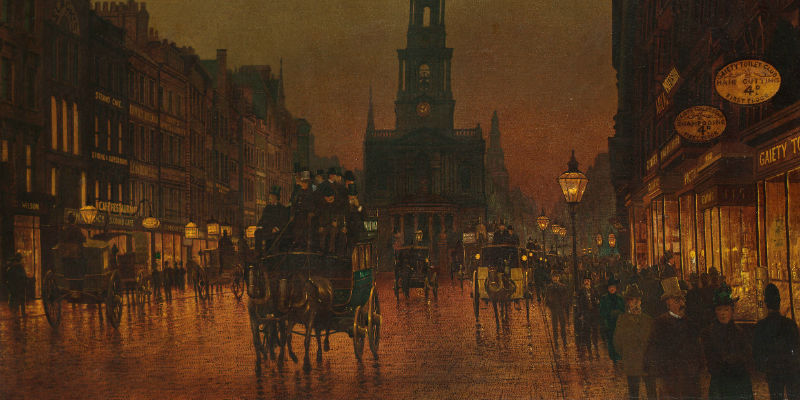 On Spy Fiction, and the World that Created Britain's Spy Agencies

Talk of the British Secret Service immediately conjures up images of fictional heroes such as James Bond or George Smiley; it conjures up thoughts of shadowy men listening in to conversations around the world, or men, such as Christopher Steele, who recently compiled the infamous “Trump Dossier.”  We think of it as a slick, clandestine organization, one of (if not the) preeminent spy agencies in the world. But it was not always thus. Even the best have to start somewhere.

During the publicity for the 100th anniversary of the service, I had the idea to catapult Wiggins—a minor character in the Sherlock Holmes stories—into this embryonic spy agency. As a young child, Wiggins led a gang of street kids called The Baker Street Irregulars, who were called upon by Holmes to follow or find people, for they could go anywhere unnoticed. I reasoned that a one-time street urchin, trained by the great Holmes, was a pretty good starting point for a spy. I had no real knowledge of the era, or even the details of how the service came into being, when I started. I knew that I wanted to write an exciting spy adventure about Wiggins, the book that became my first The Irregular. I thought marrying this fiction with the facts could be interesting.  It wasn’t until I started researching in earnest that I realized I’d struck gold.

In 1909, the British Empire was at its height—the biggest, richest empire the world had ever seen, the sun never set, four corners of the globe, immense, impregnable, arrogant, untouchable. The Evening Standard newspaper even published a “vision of the future” in that year, where it printed a slew of outlandish inventions and developments for the next hundred years. Yet even amid this wild speculation, the writers still assumed that the Empire would be going strong.

Within a decade, the world had changed beyond recognition and Britain was embroiled in a war that it couldn’t win alone. Within fifty years, the Empire was no more.

There’s something delicious in writing about characters, arrogant empire builders and the like, who have no idea of their coming fall. There’s something poignant, too, about the time in the lead up to great wars—the what ifs, the ‘could it have been stopped’, the dramatic irony of every decision—we the reader know all, the characters nothing.

There’s always a balance to be struck in how to use this “knowledge of the future.” There is nothing worse than giving a character too much foresight, as it tends to cheapen the historical aspects of the novel. I try to be as sparing as possible in such cases, usually limiting any insights to something that could feasibly be predicted. For example, in The Irregular one of the character’s is run over by a train and Kell muses on the potential horror of a war in the mechanized age.

Even beyond the impending (unseen) disaster of World War I, London was a turbulent place then. Political assassinations, terrorism, industrial unrest, suffragette riots and violence—it was exploding in all sorts of directions. At the time, these threats were predominantly dealt with by the police but, with the inception of the Secret Service, a fascinating blurring of the lines between departments started to happen. The rise in activism was partly fueled by the rapidly expanding technology—faster trains, telegraphs, telephone, mass communication, guns. And to cap it all, for all the Empire’s wealth, Edwardian Britain was a deeply unequal society. Those at the top enjoyed almost unparalleled riches; those at the bottom (and there were a lot at the bottom) languished in rank destitution.

The “real” Sherlock Holmes had retired by this time, keeping bees on the Sussex Downs. The Holmes we know from Conan Doyle had his heyday in the 1880s and 1890s, the height of late Victorian London. In many ways, he doesn’t really fit as a character in 1910, he is of another age. But his street-smart lieutenant, Wiggins? He is at his peak by this time, 30ish, battle-hardened and still with all the guile of his youth.  But one of the things that makes him such an intriguing character to me is his social class—he is from the bottom of the pile, and no one lets him forget it. Wiggins is a that very rare thing—in both fact and fiction—a working class spy.

By 1918, all the major European countries had extensive spy operations, connected to their vastly inflated armies and navies.  But—in the period before the war—such services were in their infancy. The idea, in fact, that you needed military intelligence in times of peace was relatively novel. The UK’s secret police kept tabs on internal insurgents, while the likes of the Okrahna in Russia played a full part in suppressing the people. Yet a dedicated, quasi-military but separate intelligence service was something new, and consequently fairly haphazard. When the UK rounded up twenty German “spies” at the start of the first world war, for example, most of them turned out to be German nationals simply passing on gossip; the UK’s own intelligence-gathering often relied on amateurs and plucky army officers willing to “give it a crack.”

Amateurism often leads to mistakes, which leads to conflict, which leads to drama and/or comedy. Certainly, the ad hoc nature of the secret service back in those days has afforded me plenty of opportunities as a writer to create memorable sequences. In my second book, The Red Ribbon, I wrote about one of Britain’s first ever forays into German territory. I won’t give away the ending, but suffice to say that the two Royal Marines sent to scope out Germany where less Bond and Bourne, and more Abbot and Costello.

The scale of the British secret service was so small in the early days, that I could tell the story of its origins using a relatively small cast of characters. The heads of each arm of the service ran their own agents, for example. One day Mansfield Cumming—the original ‘C’ (a designation that survives to this day to denote the head of MI6)—might be stalking the corridors of power trying to drum up additional funds, while the next day he might be on his way to Brussels, dressed in a false beard, for a meeting with a degenerate dock worker seeking to sell secrets.

When I embarked on my series of novels, I assumed I would find all manner of spy novels set in this era. And in a way I did, but not in the way I expected. There aren’t many historical spy novels set before the First World War, but there are hundreds of contemporary ones. In the ten years or so up to 1914, Britain was in the grip of a ‘spy fever’—a fever almost entirely created by spy fiction. There was a veritable rash of spy and ‘invasion fiction’, starting with Erskine Childers’ The Riddle of the Sands, through to the likes of John Buchan and much more substandard fare.

For a novelist this led to perhaps my most peculiar discovery of all—that the British secret service, the tiny bureau first run by Kell and Cummings, was established in large part as a political response to a demand that was created almost entirely by fiction.

Ideas can come from everywhere, from anywhere. It’s nice to know that while I scour history for inspiration, those making history have on occasion scoured fiction for the same.

H.B. Lyle lives in south London. His latest novel is The Red Ribbon. After a career in feature film development, he took an MA in creative writing—then PhD—at the University of East Anglia, an experience which led to the creation of The Irregular. He also writes screenplays and teaches undergraduates. 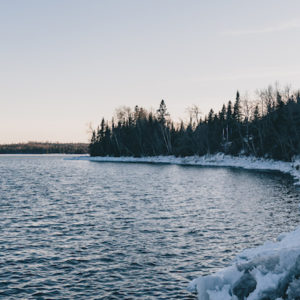 My obsession with Lake Superior started with a song. The lyrics of The Wreck of Edmund Fitzgerald grabbed hold of my imagination...
© LitHub
Back to top