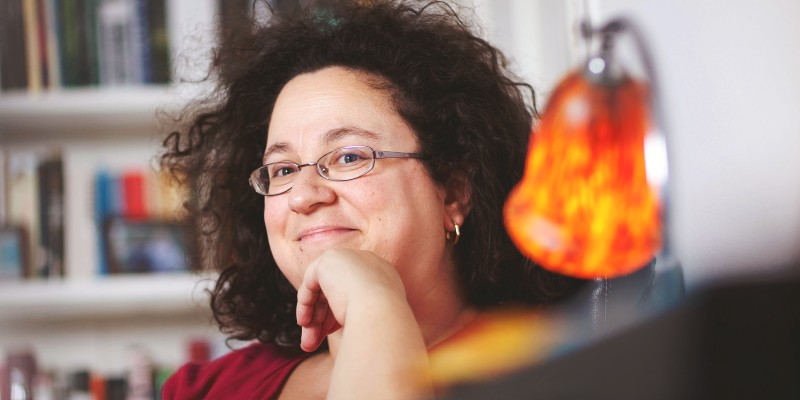 Amber Garza celebrates the ingenious, empathetic novels that introduced her to the psychological thriller.

Back in 2011, I was perusing the shelves of my local library when I came across a book called Little Faces by Sophie Hannah. She was an unknown author to me at the time, but I’ve always been a fan of mysteries, and the synopsis sounded right up my alley. The story is about a woman who returns home from a night out to find that her two-week old infant has been swapped with another baby. The mind-bending, psychological aspects of the book blew me away. I flew through the story, having never read anything like it, and I was immediately hooked.

After turning the last page, I raced out and bought the next three books in this series—The Truth Teller’s Lie, The Wrong Mother, and The Dead Lie Down. I read them all at a dizzying speed, each one as delicious as the last.

Prior to picking up Little Face, I’d never heard of the psychological thriller genre, and I was enamored by Sophie Hannah’s ability to flip the story on its head. To make me believe one thing when the reality was entirely different.

I’d grown up reading Nancy Drew and Trixie Belden, eventually graduating to Mary Higgins Clark in my teen years. I loved sifting through the worn pages of my novels, following the clues and avoiding the red herrings to decipher who the killer was. I’d gotten pretty good at it and often found my predictions to be right on.

Sophie Hannah’s books got me every time, the twist throwing me a curveball I never saw coming. It was a rush, and I became addicted to it. Every time Hannah came out with a new psychological thriller, I snagged it. Each time I was amazed at the inventiveness of her plots. I’d read the back-cover copy and think: how will she ever pull this one off?

I was also impressed with the complexity and uniqueness of each story. And I couldn’t get enough of the unreliable narrator plotline. What I liked so much about hers was the fresh way she spun this trope in each of her books—making them vastly different from one another.

What I believe makes Hannah’s work so readable is the way she sucks the reader in with her impeccable pacing. In psychological suspense there is an interesting balance to maintain—keeping the reader in the dark while still giving them enough clues so as not to lose them. Since much of the suspense takes place in a person’s head, there often isn’t a lot of action or physical suspense to tug the story along or to keep the reader’s interest. The author relies on the creepiness, atmosphere and, most importantly, the main character.

This is where I think Sophie Hannah shines.

In Little Face, I felt for Alice, the mom who swore her daughter had been swapped. Everyone around her thought she was making things up, but I believed her. Or at least, I believed in her. In her feelings. Her fight. Her desperation.

And I wanted to see her through to the end.

Lastly, while I love being thrown by plot twists, there is a delicate balance in this as well. I don’t want to feel duped, tricked or blindsided. I want to be shocked, but on the heels of that have an ah-hah moment. That moment where all the clues the author left me click into place. When I think: how did I not see this coming?

She’s a master of this genre.

I truly believe if I’d never picked up that first book of hers, I wouldn’t have written my debut, When I Was You. I still remember the feeling I had upon finishing Little Face. That awe and wonder. I knew then I wanted to write something like it one day. Something mind bending and suspenseful. Something that would keep the reader glued to the page and then floor them at the end.

It would take me over ten years before I’d have the courage to try. But it all started with a trip to the library and a chance I took on a new-to-me author. 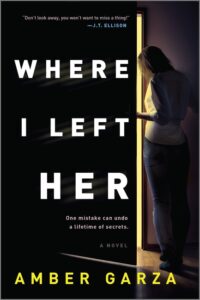 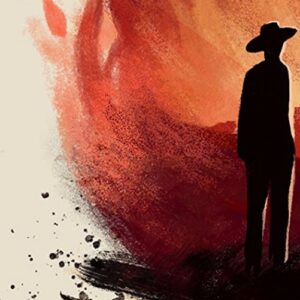 Another week, another batch of books for your TBR pile. Happy reading, folks. * William Kent Krueger, Lightning Strike...
© LitHub
Back to top