William Kent Krueger on the power of fiction and the profound experience of offering readers a little hope.

I’m called a writer, or often more specifically, a mystery writer. But the truth is that I think of myself primarily as a storyteller. And as a storyteller, I believe I have a sacred duty, a sacred promise to fulfill. Homer states it beautifully in his epic Odyssey: “Sing in me muse, and through me tell the story.” I believe the best stories come from a place deeper than our conscience thought, and as storytellers, we’re simply the vessels for the telling, channels for the greater truths.

When I was a child, I was blessed with parents who read to me. I never went down for a nap or to bed at night without hearing a story from a book. I grew up thinking of the world in terms of stories, and for whatever reason, I always wanted to be one of the storytellers. Stories have always been an important part of my life, of who I am, of who I strive to be, and I’ve always appreciated the possibilities of what stories might offer us.

Readers who pick up a work of fiction, particularly in the crime genre, expect to be entertained. Often, that’s the only expectation. Anyone who buys into this sells short the potential of a story. Of course, a story needs to be entertaining. Who wants to read a dull piece? But stories have always been meant to do more than just offer a bit of diversion. From the beginning, stories taught us. Stories explained the inexplicable. Stories passed down from one generation to the next essential information about cultural history and cultural norms. Stories spelled out social expectations. Stories were at the heart of what bound communities together.

I’m going to go out on a limb here and say that probably most of us didn’t come to an understanding of what’s right and wrong because of a sermon delivered from a pulpit. My guess is that our first inkling what it is to do the right thing came from stories that were read to us or that we read ourselves when we were children and that had a profound impact on us. This is certainly true for me. My first clear understanding of a moral imperative came from a book that was read to me when I was five years old and was written by a guy who called himself Dr. Seuss. The story? Horton Hatches the Egg.

Now in case you’ve forgotten the gist of this great moral treatise, it goes like this. It begins with a lazy bird named Mayzie sitting on an egg in a nest, waiting for the egg to hatch. Along comes Horton, a good-hearted elephant, who agrees to sit on the nest while Mayzie takes a break. As she leaves, Horton promises her absolutely that he will be there when she returns. But Mayzie has no intention of ever coming back.

So there sits Horton, day after day, through all kinds of horrible weather. The other animals of the jungle taunt him. Hunters come and are so amazed to see an elephant atop a fragile egg that instead of shooting him, they capture Horton and transport him, the tree, the nest, and the egg across the ocean, where they sell him to a circus as a sideshow exhibit. Throughout this ordeal, Horton has held to a beautiful little mantra: “I meant what I said, and I said what I meant. An elephant’s faithful one hundred percent!”

One day Mayzie’s out flying and happens to spot Horton, and she drops down to see him. About that time, the egg hatches, and out comes not a Mayzie bird but a lovely little elephant bird that looks like Horton. At story’s end, Horton and his little hatchling head back to the jungle together, and Horton is happy, one hundred percent.

Faithfulness. The importance of keeping the promises that we make. I learned that at five from an elephant named Horton.

So, a good story doesn’t just entertain. It can also enlighten. But it can do more than that. A good story can encourage us. Think of To Kill A Mockingbird. When I taught writing, I taught this as a genre novel because it contains everything a good mystery ought to—memorable characters, a profound sense of time and place, powerful language, many wonderfully suspenseful moments, an investigation of a crime, and a great courtroom scene near the end where the truth is revealed. After spending time with Jem and Scout in the balcony of the Macomb County courthouse, listening to Atticus Finch valiantly defend a black man wrongly accused of raping a white woman, who among us isn’t encouraged to stand up for those ideals we believe are worth fighting for?

One of the most important offerings from stories, particularly those in the crime genre, is hope. Despite all the mayhem in a good crime novel, there is very often in the end a sense of comfort, of relief, of hope because justice has been done, all the raveled edges knit back up, and the possibility of healing visible on the horizon. A good story, in my opinion, ends on a note of calm following all the turbulence, and it’s often this sense of hope that sets the story in our hearts forever. Many of my own novels end with an epilogue, even if I don’t necessarily label it as such. The long-term outcome of characters whom readers have come to love is revealed, and I try to give hope and meaning to their lives. It’s not uncommon to hear from a reader that the epilogue was one of their favorite elements of the story.

My good friend and fine novelist Margaret Coel once told me that the Arapahoe have a belief about stories. They say that all stories already exist in the universe, and when the time is right, the story chooses the storyteller. Which strikes me as very similar to Homer’s nod to the muse.

Ever since we first learned how to communicate with one another, stories have been an essential part of our humanity. Here’s what I think. I think the promise of the storyteller is to give voice to the truths at the heart of the human experience. Near the end of This Tender Land, I wrote, “In every good tale, there is a seed of truth, and from that seed a lovely story grows.” That seed of truth is always something elemental to the human heart or the human condition, and the purpose of the story is to offer the soil in which this truth has a chance to blossom. As such, I believe the storyteller has a kind of sacred duty not just to entertain, but also to enlighten, to encourage, to inspire, to offer hope. Which is exactly what my narrator Odie O’Banion says in the prologue to This Tender Land: “There will be courage in this story and cowardice. There will be love and betrayal. And of course, there will be hope. In the end, isn’t that what every good story is about?” 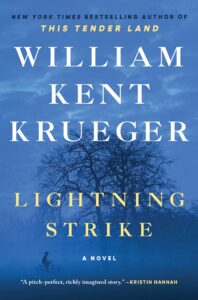 William Kent Krueger is the New York Times bestselling author of This Tender Land, Ordinary Grace (winner of the Edgar Award for best novel), as well as eighteen acclaimed books in the Cork O'Connor mystery series, including Desolation Mountain and Sulfur Springs. He lives in the Twin Cities with his family. Learn more at WilliamKentKrueger.com. 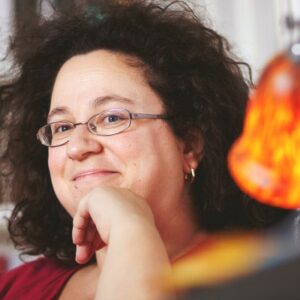 Back in 2011, I was perusing the shelves of my local library when I came across a book called Little Faces by Sophie Hannah....
© LitHub
Back to top