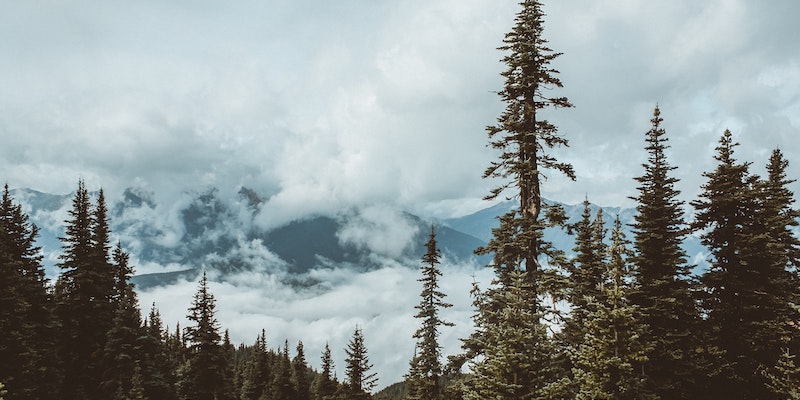 Imagine you’re a mother planting blueberry bushes at home in the foothills of the Cascade Mountains when your four-year-old son approaches excitedly, saying, “Mommy, close your eyes, close your eyes!”  You do, of course, expecting a live frog or a dead dragonfly, but when you’re told to look you find yourself staring into the empty eye sockets of a human skull.

This may sound like a page out of one of my crime novels, but it’s a true story that happened in 2017 near Maple Falls, Washington, and the Whatcom County Sheriff’s Office—my employer—responded. When I got word of the unusual find I did what any good crime analyst would and started sifting through old case reports looking for answers.  I searched missing person reports, suspicious circumstances, bodyless homicides, but there was nothing.

My friend Keith was soon on scene and as he examined the area where the skull was found he happened to notice a weathered wooden box about the size of an old hat.  Tipping it over, he was a bit startled when a second skull rolled out and then continued rolling down the hill.  Something clearly was not right, and a more rigorous examination of the area soon uncovered some upper arm bones.  Things were starting to look downright nefarious.

This all lead to an interesting speculation:  Was this the work of the Maple Falls Monster?

William Frederick Jahns, better known as Frank Romandorf, or the Maple Falls Monster, was a German-born serial killer who traveled the world, living in Rio de Janeiro, South Africa, Hong Kong, Australia, and Asia Minor before coming to the United States and settling in Maple Falls, Washington sometime during the winter of 1903 or 1904.

Fred Helms was the first. Hired by Frank in 1905, Fred had some land that Frank coveted, and it wasn’t long before he conveniently vanished.  No one saw him after that, and it was years before friends and family learned his fate.

Next was Jack Green, who was hired by Frank and shortly after threatened legal action against his son, Ed Romandorf, claiming Ed pushed him against a saw.  Green went as far as to tell the sheriff that he intended to press charges against Ed for attempted murder.  He went to talk to Frank about the incident and was never seen again.

In the fall of 1906, Frank Romandorf and his neighbor James Logan disappeared during a severe storm.  At first, area residents suspected they’d been killed during the storm, but when they searched Logan’s property and discovered his horse dead from a gunshot, they began to suspect foul play.  Soon after, the postmaster received a letter, presumably from Logan, requesting that his mail be forwarded to Hoboken, New Jersey.  Then James Logan allegedly sold his Maple Falls farm for five thousand dollars.  The impression was that Logan was still alive and living elsewhere.

It wasn’t until about 1909 that things began to unravel for Frank.  He was living in Cedonia, Washington, after assuming the name of his former neighbor, James Logan, and had amassed enough property to start the Cascade Land and Cattle Company.  His undoing came when he murdered his housekeeper, Agnes Jansen, so he could steal a sizeable sum of money she had come into.  He burned her body in a funeral pyre on a nearby rancher’s farm, and when suspicious neighbors investigated, they found human bones in the smoldering remains.  Frank also killed landowner D.R. Shively and transferred his property through two fictitious names before putting it in his own name.  Shively’s remains were buried in a trunk behind Frank’s house.

Frank eventually admitted to everything, adding that he had killed many more people in countries from Canada to Africa.  South African authorities confirmed this when they identified Romandorf as the suspect who, years earlier, murdered eight men and stole eighty-five thousand dollars worth of diamonds.  They knew him as William Jahns and had tracked him to New Orleans before losing the trail.

Frank Romandorf was hanged at the Washington State Prison on April 21, 1911.

As for the two skulls the Whatcom County Sheriff’s Office investigated in 2017, turns out they were brought back from the southwest as souvenirs sometime in the 1930s—you know, back when Americans collected heads.  Just another example of the odd circumstances that law enforcement is sometimes faced with.

The arm bones are still unexplained.

The Maple Falls Monster isn’t the only serial killer to call Whatcom County home.  We’ve also played host to John Allen Muhammad and John Lee Malvo, collectively known as the D.C. Sniper.  California’s notorious Hillside Strangler, Kenneth Bianchi, was arrested in Bellingham after murdering two local women, and James Kinney committed one of his murders in the county before fleeing east.  Even Ted Bundy is rumored to have been here.

By now you should be wondering what serial killer might have lived in your county.  You might be surprised at the answer. 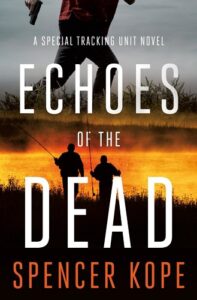 SPENCER KOPE, author of the Special Tracking Unit series featuring Magnus Steps Craig, is the Crime Analyst for the Whatcom County Sheriff's Office. Currently assigned to the Detectives Division, he provides case support to detectives and deputies, and is particularly good at identifying possible suspects. In his spare time he developed a database-driven analytical process called Forensic Vehicle Analysis (FVA) used to identify the make, model and year range of vehicles from surveillance photos. It's a tool he's used repeatedly to solve crimes. One of his favorite pastimes is getting lost in a bookstore, and he lives in Washington State. 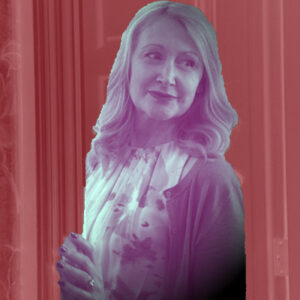 In my latest book, Femlandia, a character says, “Anything a man can do, a woman can do equally as well.” But is this...
© LitHub
Back to top