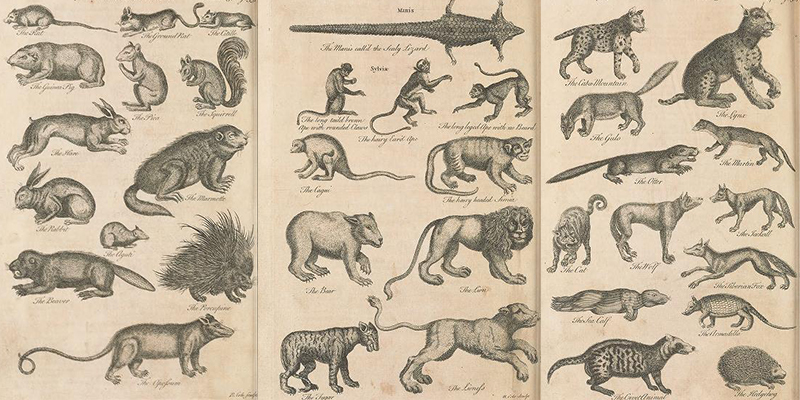 It turns out, humans fall pretty far down the list of animals that kill their own kind. The top spot is surprising, and also disturbing.

Picture the most murderous mammal in the world. Not the best predator, taking down prey with a single swipe of a great talon or claw, but the one that excels in slaying its own kind. 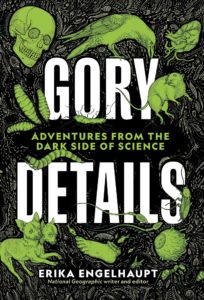 Are you picturing a human being? Well, you would be wrong. But you might be surprised to know Homo sapiens actually falls at number 30 out of more than a thousand species on the list of animals that most often kill members of their own kind. Humans, it turns out, are just average members of a particularly violent lot, the primates. And the most prolific murderers* in the animal world are a different species altogether.

Which, you might ask? Believe it or not, it’s the meerkat, a cute little African mammal belonging to the mongoose family and immortalized in the wisecracking character Timon in The Lion King. Sure, they look adorable when they stand up on their back legs to survey the savanna—but they’re still vicious, baby-killing cannibals. About one in five meerkats (mostly infants) are killed by members of their own species, compared with just over one percent of humans whose deaths were linked to violence, whether murder or war. (For perspective, about 3 percent of the human population died during World War II, the deadliest conflict in history.)

Sure, they look adorable when they stand up on their back legs to survey the savanna—but they’re still vicious, baby-killing cannibals.

Unlike humans, meerkats are not encumbered by murder or cannibalism taboos—or by notions of gender. In fact, most often it’s the females that kill. Within their matriarchal social system, meerkats maintain a strict hierarchy; the dominant female in a group usually prevents subordinate females from mating. If a subordinate gives birth, the alpha female will often kill—and eat—her pups, thereby reserving more resources for her own young. These raids are brutal, and I have to admit that despite my love for nature documentaries, I’ve watched only a few episodes of the popular Meerkat Manor. The violence stresses me out.

After meerkats, several varieties of primates top the murder rankings, including monkeys and lemurs. As many as 17 percent of deaths in some lemur species result from lethal violence. Some of the other top spots went to predators like lions and wolves—but plenty of species might also come as a surprise, such as sea lions, chinchillas, a species of gazelle, and squirrels.

The rankings are the result of the first in-depth survey of mammalian violence, led by José María Gómez of Spain’s University of Granada in 2016. Gómez and his colleagues sorted through more than four million recorded animal deaths from 3,000-plus studies of 1,024 different mammal species and tallied the rate of lethal violence within each. Based on historical and archaeological records, the team also estimated the percentage of people who met violent ends throughout human history, as well as our potential for violence based on our evolutionary relationships (because closely related species tend to be similarly vicious).

One pattern stood out: Over the long run of mammal evolution, lethal violence increased. Although only about 0.3 percent of all mammals die in conflict with members of their own species, that rate is 2.3 percent in the common ancestor of primates. It would have been 1.8 percent in the first apes that evolved among the primates, Gómez’s team calculated. Likewise, early humans would be expected to have had about a 2 percent rate of lethal violence; this lines up with evidence from Paleolithic human remains.

If you zoom in to examine only humans—and in particular, the last few thousand years—violence doesn’t just keep increasing. Instead, it has waxed and waned with the tides of human history.

But if you zoom in to examine only humans—and in particular, the last few thousand years—violence doesn’t just keep increasing. Instead, it has waxed and waned with the tides of human history. The medieval period was particularly brutal; if the plague, childbirth, or famine didn’t get you, someone else might. Between bloody revolts, wars, and religious crusades, there were family blood feuds, brawls, and a general tendency to settle disputes with brutality. As a result, the era’s records suggest that human violence was responsible for a whopping 12 percent of recorded deaths.

But since then, lethal violence has taken a downturn. For the last century, we’ve been relatively peaceable; according to a 2013 United Nations report, today’s global homicide rate (which counts murders, not deaths in war) is just .0062 percent.

“Evolutionary history is not a total straitjacket on the human condition; humans have changed and will continue to change in surprising ways,” says Gómez. “No matter how violent or pacific we were in the origin, we can modulate the level of interpersonal violence by changing our social environment. We can build a more pacific society if we wish.”

Gómez’s study also contains this feel-good nugget: Sixty percent of mammal species are not known to kill one another at all. Of more than 1,200 bat species, for example, very few kill one another. And apparently pangolins and porcupines get along fine without offing members of their own species.

Whales are also generally not known to kill their own kind. But biologist Richard Connor of the University of Massachusetts Dartmouth notes that in 2013, a pair of male dolphins were documented attempting to drown a baby right after its birth. Two or three male dolphins will often gang up on individual females, and it’s possible that these males were trying to kill the infant so that its mother would become available for mating. He cautions that whales, as their close relations, might also be more violent than we’ve thought. “We could witness a lethal fight in dolphins but not know it, because the victim swims away apparently unimpaired, but is bleeding to death internally,” he says.

More often, though, people think animals are more violent than they really are, says animal behavior expert Marc Bekoff, an emeritus professor at the University of Colorado, Boulder. He contends that humans and nonhumans alike are predominantly peaceful. But just as roots of violence can be found in our evolutionary history, he points out, so can roots of altruism and cooperation. Bekoff cites the work of the late anthropologist Robert Sussman, who found that even primates—some of the most aggressive mammals—spend less than one percent of their day fighting or otherwise competing.

That makes sense: Challenging another animal to a duel is risky, and for many, the benefits don’t outweigh the risk of death. Highly social and territorial animals are the most likely to kill one another, which helps explain the trend in human history. Many primates fit that killer profile, though not all of them: Bonobos have mostly peaceable, female-dominated social structures, whereas chimps are much more violent.

These differences among primates matter, says Richard Wrangham, a biological anthropologist at Harvard known for his study of the evolution of human warfare. In chimpanzees and other primates that kill one another, infanticide is the most common form of killing. This often involves males killing unrelated infants to boost their chances of mating with the mother and passing on their own genes. But humans are different; they frequently kill each other as adults. “That ‘adult-killing club’ is very small,” Wrangham says. “It includes a few social and territorial carnivores such as wolves, lions, and spotted hyenas.”

Although humans may be expected to develop some level of lethal violence based on their family tree, that tendency is still surprising in other ways, Wrangham says. It’s not just the rate of killing that matters, after all, but why animals kill.

In his 2019 book The Goodness Paradox, Wrangham points out two types of aggression, each with its own biology—and that either one can lead animals to kill. On average, humans are relatively low on the first type, known as reactive aggression. This is what Wrangham describes as the “hot” type, involving losing one’s temper or crimes of passion; this is what we associate with fighting throughout the animal kingdom. It’s a response to an immediate threat, and involves anger or fear. For the most part, people keep this kind of aggression in check. (If we didn’t, road rage killings would be an everyday occurrence.)

But compared with other species, Wrangham argues, humans are high on the “cold” type of aggression, called proactive aggression. This kind has a goal—whether money, revenge, power, or something else—and it leads to calculated, deliberate murder. Homo sapiens are the masters of proactive aggression: It fuels terrorism, school shootings, even wars.

Proactive aggression can be found in nonhuman species, too, like chimpanzees conducting raids on rival troops. But as Bekoff observes, that’s rare. “I hate when there’s human violence and people say ‘they’re behaving like animals,’” he says. Most animals, including people, actually spend little time in conflict, he explains—but in nature specials, blood sells. His message: We can’t use our lineage as an excuse for our own violence.

It’s frightening to consider that humankind has used its fantastic intelligence not only to build complex civilizations, but also to perfect new and more efficient means of killing one another. But it has—and our exceptional capacity for proactive violence makes us unique, even if we aren’t the most prodigious killers among mammals. And we can’t just blame our “animal nature” for the violence we’ve cooked up. As Wrangham says, when it comes to murderous tendencies, “humans really are exceptional.”

Excerpted from GORY DETAILS: Adventures from the Dark Side of Science (March 4, 2021; National Geographic)

Erika Engelhaupt has spent more than a decade writing and editing for top science publications, including National Geographic, Science News, Scientific American, the Philadelphia Inquirer and NPR. Her love of storytelling has also brought her out from behind the laptop to appear onstage and in podcasts such as the Story Collider. She began her career as a scientist, and spent years writing and editing reviews of nonfiction science books at Science News. She lives in Knoxville, Tennessee. Her new book GORY DETAILS: Adventures from the Dark Side of Science is now available from National Geographic.
http://erikaengelhaupt.com 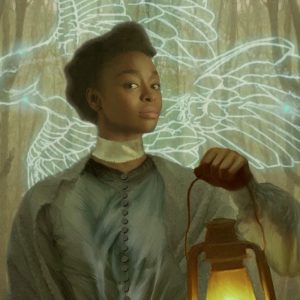 It is a truth universally known that if there’s a dead body found with a knife in their back in the middle of library,...
© LitHub
Back to top