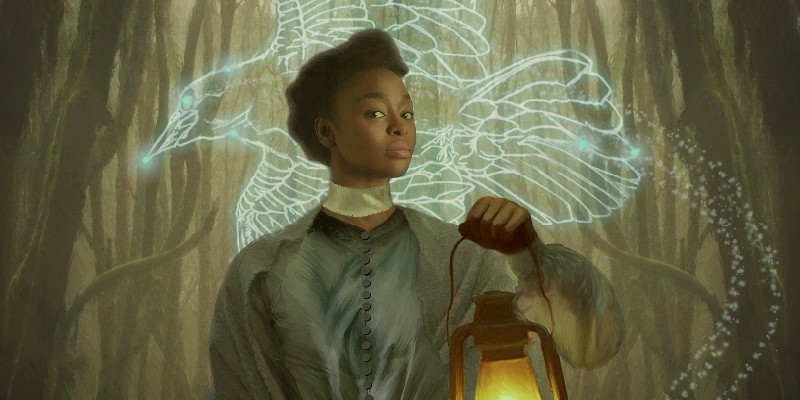 Nicole Glover wanted to write a mystery where nobody felt comfortable calling police, and tidy resolutions were hard to find.

It is a truth universally known that if there’s a dead body found with a knife in their back in the middle of library, the police must be called.

If there is a list of stock characters you must have in a mystery, the police is on that list. From classic mysteries to modern procedurals, police are generally called in when murder is afoot. The roles police play shrink and grow depending on who’s the main character, but they always come in the end. They are the voice of reason that clears confusion after a locked room mystery at a dinner party gone wrong. They are there to capture a murderer who outsmarted the amateur detective. They might be the anonymous group of people who clean up the mess after the final encounter. Or even just a supporting player to assist and act as a foil to our sleuth protagonist. No matter their role, the police  have authority, they have some sort of power, and everyone’s wondering when they are going to show up.

The presence of police in mysteries was something I noted over the years, and it’s only recently I started thinking about how a story would change if they never showed up.  Or even how the way a story frames the relationship with police could be different. In most mysteries the police are seen as the cavalry come to save the day, (think Clue when the police’s arrival is set against triumph score in each ending). This feeling is so prevalent that in most popular mysteries it’s often a sign of trouble if  the police are not coming. And it’s this sentiment that proves that fiction doesn’t always reflect real life.

In many communities in the US, the police not arriving can be seen as a good thing. Police bring guns, they bring tempers, they bring biases and prejudices that increase the danger of certain situations. The police are called on as a one size fit all solution, for any kind of trouble from domestic violence, to truancy, to mental health episodes, all things, quite frankly, the police are not trained to handle when many reach for guns and tasers as their only answer. Police presence only adds danger instead of lessening it, particularly in Black households, Latino households, Muslim households, and any group excessively policed due to a deep history of the police abusing the powers of the badge.

The idea that police are helpful in any situation is something we’re told mostly through media, and the reason why is clear. Most well-known mysteries are centered around white characters and penned by white writers. While I’m sure not every interaction a white person has with the police is pleasant, I’m confident they lacked they fear that an unintentionally wrong word or gesture would cause the end of their lives. It’s that very fear which adds a layer of tension and complexity that makes that call to the police a life or death decision. But that’s just one end on the spectrum. On the other side is the very likely outcome that police don’t care enough to proactively do anything. That the violence done in a majority Black community and restricted only to its members is something the police rather ignore than expend resources on.  It’s only when reading stories less centered on a white gaze you start to see a more nuanced view of the police. In these stories the police don’t have the answers, they are more hindrance, and officers place protagonists in more danger than less. For me, these sort of stories range closer to my expectations to the police, but they also provide some interesting things storytelling wise.

I have come to the opinion that in mysteries, the police make the resolution of an investigation rather simple. The police arrest and apprehend the murderer who swiftly enters the justice system. Case close, and on to the next mystery. It’s neat and tidy from a story standpoint. Instead of a case being resolved in matters where differences of opinions are settled, grievances are aired, and the root of problem discovered and examined, everything passes from the police to a justice system that finds answers that suits its purposes instead of the victims’. A story without the police, without relying on an imperfect justice system, instead centers on the people impacted by the case. It allows us to see other ways that concepts of justice and truth can be seen, and even how revenge can be framed. It also allows for the writer to have further dialogue about the case.

When I wrote The Conductors I wrote it with minimal police presence in mind. The mysteries, murders, and other oddities that my main characters investigate are all things that deeply concern their community. Involving the police brought more threats and danger to their world. In addition, my main characters, being former underground railroad conductors, a role that by law was defined as criminal activity, would never fully the trust the police to help. Because to them what is law and what is right are not the same thing. Furthermore, I personally didn’t want to want to write police even as minor characters. I starting writing my book just as conversations about defunding police and policing in general became more mainstream and things considered quite seriously with each tragic death by the police’s hands. To write a “good” police character, even in the context of a world with magic didn’t feel like the fit for the story on any level.

So what was the right fit? For me, the absence of the police allowed my characters a greater sense of agency in the story. Agency to act in both solving the mystery and controlling what information escapes to the public to protect both those directly and indirectly involved. It also gives the characters a greater stake. They play a role in finding the hidden truths and uncovering secrets, a responsibility that both ties and endeavors them to the community they live in. Ironically I landed on this way to handle the police in my novel with only a passing knowledge of restorative justice, prison abolition, and relation topics. These are all things I’m still educating myself about and have become interested in seeing how they can work not just in fiction world I’m writing but in the real world as well. It’s a complicated subject, as we are taught certain view about the current justice system, so much that undoing it at times seems wrong. To expect great change overnight is too ambitious. But small things, such as programs that send trained mental health workers to 911 calls when someone in distress instead of the police is a small step forward.

One day we might not call the police in for murdered body, but call instead someone else who might be more equipped to handle the job. 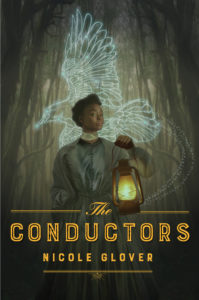 NICOLE GLOVER works as a UX researcher in Virginia. She believes libraries are magical places and problems seem smaller with a cup of tea in hand. Her life outside of books include bicycles, video games, and baking the perfect banana bread. The Conductors is her debut novel. She can be found at nicole-glover.com.
http://nicole-glover.com

A Game of Cones 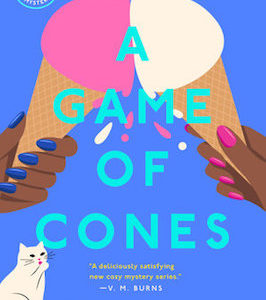 A Game of Cones

A wave of discontent settled over the dusty, low-lit room. The momentary stunned silence crumbled by a low growling hiss. “Booo.”...
© LitHub
Back to top