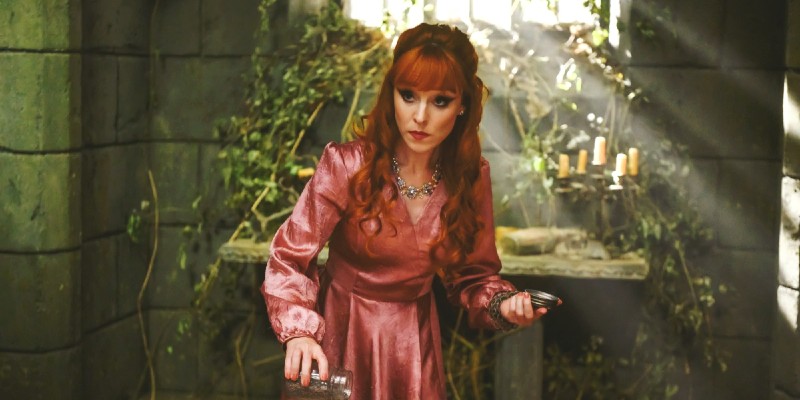 The Most Underrated Witches in Media

Gretchen Rue on some lesser known witches who deserve to be celebrated.

There are few characters in storytelling that are more maligned and misunderstood than the witch. She is most often seen as grotesque and terrifying in children’s stories (not to mention that, yes, she is almost always female), and is willing to do just about anything, including eating wayward children, to retain her beautiful glow. The Evil Queen in Snow White disguised herself as the hideous witch to trick the guileless heroine with a poison apple so she could remain the fairest in the land. Ursula in The Little Mermaid steals Ariel’s voice to become young and beautiful (and let’s not forget thin). It is pretty clear that our most early interactions with the idea of a witch are meant to make us fear being anything other than young and beautiful. The witch is age, she is becoming unattractive, she is a withdrawal from polite society.

But there are witches in media who defy the trope, and not just the best known of the bunch like Willow from Buffy the Vampire Slayer or the brightest witch of her age Hermione Granger from Harry Potter. This list includes some lesser known but still incredible witches who redefine how we understand what witches are in the media we consume, and all the myriad ways they are complicated, compelling, and most of all a reflection of the diversity and complexity of our world. 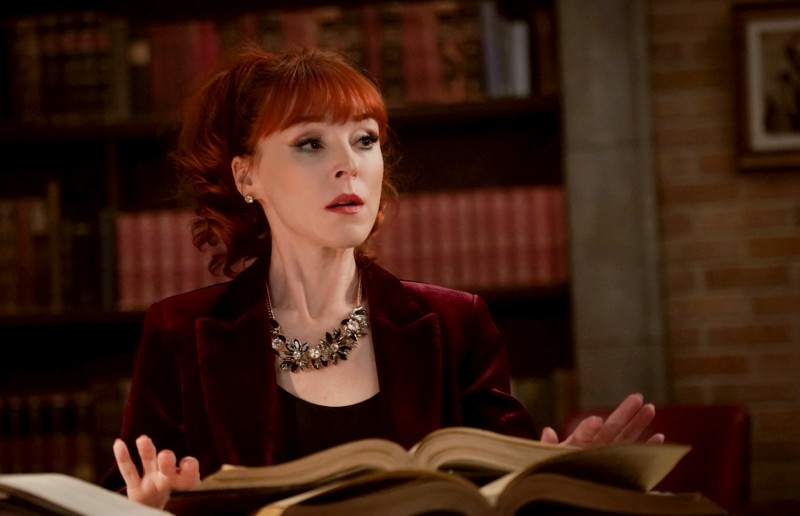 Supernatural is a hard show to discuss without needing to put an asterisk on all the things it did wrong. It was frequently toxic, misogynistic, and struggled mightily with its female characters who were all either victims or the embodiment of pure evil. Not exactly the most fertile grounds for growing relatable characters who fit the bill for underrated witches. And yet Supernatural has not one, but two of the most underrated witches in all of modern television. There is ongoing antagonist Rowena, who pesters and plagues the Winchesters over the course of multiple seasons, but Rowena, played by Ruth Connell, defies the regular run of the mill baddie legacy most other female villains on the show get saddled with. She Is funny, she has sexual agency, she is emotionally complex and has her own deep backstory that drives her to do the things she does beyond the standard demon-possession fare of most other women on the show. Rowena is a match for the Winchesters, and often an unwitting ally, and she gets to be smart, beautiful, and charismatic season after season. She is only underrated in that she has been somewhat overshadowed in popularity by similarly love-to-hate/hate-to-love demon Crowley. 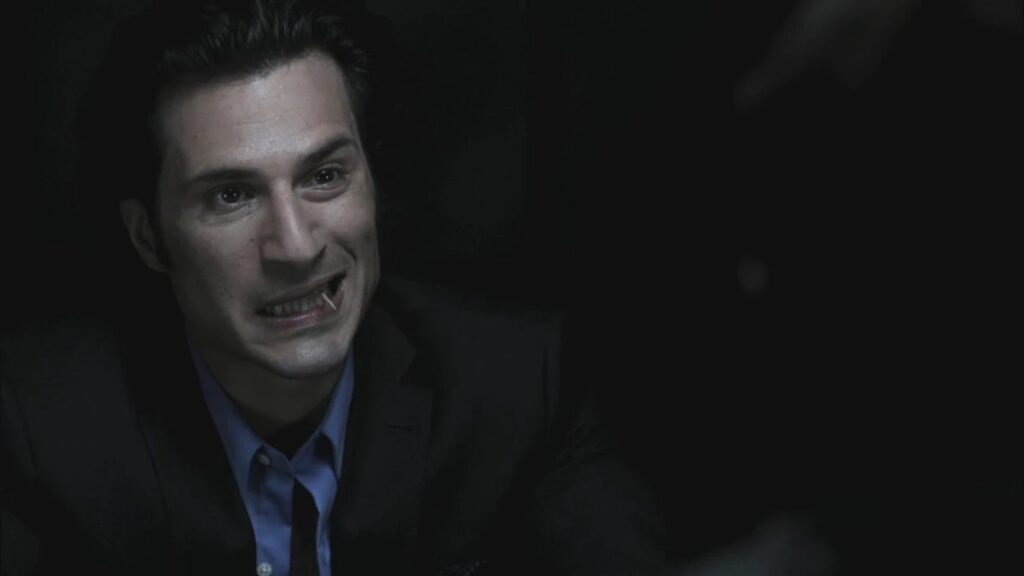 She’s not the only witch who breaks with expectation on the series, though this second example appeared in only one episode. In season five we are introduced to Patrick, a charming Irishman who has the ability to steal the youth of others through his magic (and poker skills). What makes Patrick such an interesting spin on the typical witch trope is that he is a male character. He toys with the same classic story of a witch maintaining their youth and beauty through the sacrifice of others, but by using a male character who is able to charm and coerce other male characters is such a unique and interesting take on the trope. Patrick is also allowed to be sympathetic, not purely a force of evil, in spite of stealing years off the lives of series leads Dean and Bobby. His punishment, ultimately, is not that he loses his life or youth, but that the woman he loves chooses to die by his gift. It’s tragic and sad, and does not lean on the overdone morality queues of previous witch stories. Patrick has made himself all but immortal, but his punishment is that he must face that immortality alone. It’s a pretty heavy story for a one-off episode that is largely played for comedy.

It started out as a TikTok duet, where singer Devon Cole picked up a beat shared by another musician and added her intriguing first line: “Rumor on the street is that her apples are delicious.” The song goes on to toy with the wicked witch expectations in its lyrics, but when it hits the chorus we’re treated to the real meaning of the buzzy earworm: “She’s a woman in total control of herself.” This, in Cole’s lyrics, is the real meaning of WITCH.

The song is empowering and catchy, but what it really manages to do is spotlight precisely what it was about women in the past that made others so fearful of them. There are few things more intimidating than a woman who is self-sufficient, who can run her life without help, and who doesn’t need the input or approval of anyone else. These strong, independent women were called by different names hundreds of years ago. They were headstrong, obstinate, and yes, sometimes they were called witches. A woman who dared not listen to her father, or who didn’t want to get married, could have been seen as mentally unstable, or even potentially evil.

The reason “W.I.T.C.H.” works so well is that it carries with it hundreds of years of hurt, and at the end, gives us something we can sing along to in the car while rooting for the fictional “she” of the lyrics, who manages to be the best and brightest version of us that we all crave to become. 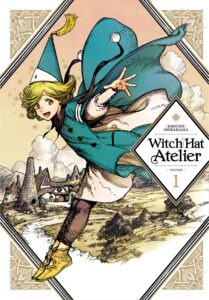 When I recommend books with magical themes to young people in my life, my go-to first choice is no longer Harry Potter. Most kids have already encountered it in some capacity given how pervasive it is in pop culture.

Instead, the witch themed story to come out in the last decade is the Japanese manga Witch Hat Atelier by Kamome Shirahama. It is currently 10 volumes long, and depicts the story of a young girl named Coco who accidentally casts a magical curse on her mother. Intent on breaking the curse, Coco throws herself into learning everything she can about magic. It’s a lushly illustrated and gorgeously complex story about growing up, and learning who you are. Coco encounters other young witches who struggle to find balance between the skills of spellcasting and the art of creating their own personal kind of magic. Each character has their own reasons for being at the atelier, and many of them have dark, deeply sad histories. But the series creates a world where magic and witches have established themselves as a force for good, who must only use their skills to help others, and never for their own material benefit. It’s a moving and powerful ode to found family and the things that make us inherently good in a world that might try to turn us bad. Coco and her friends are, without a doubt, some of the most underrated witches in modern North American media and more people should be diving into her story.

So there we have it, a very small sample of some of the best underrated witches in media, and how they can help expand and change our understanding of just what a witch really is. 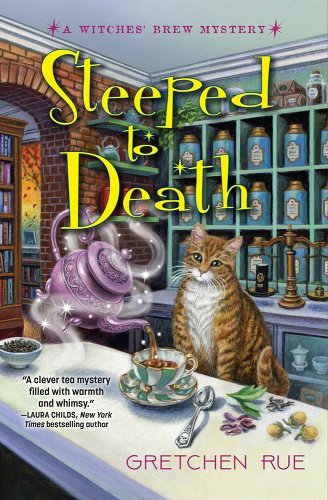 Gretchen Rue lives in the Canadian prairies, which affords her ample time to read during six months of winter. She plays cat mom to four mostly indifferent fur children, and plant mom to roughly 100 very demanding flora. When she isn't sipping tea and working on her next novel, she enjoys swimming, hiking, and watching baseball. 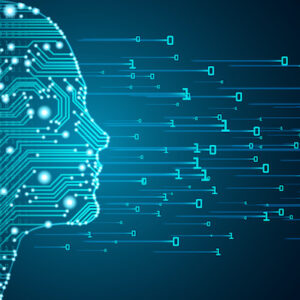 Dystopian futures dominated by malevolent artificial intelligence have long been a mainstay in science fiction. From the coldly...
© LitHub
Back to top