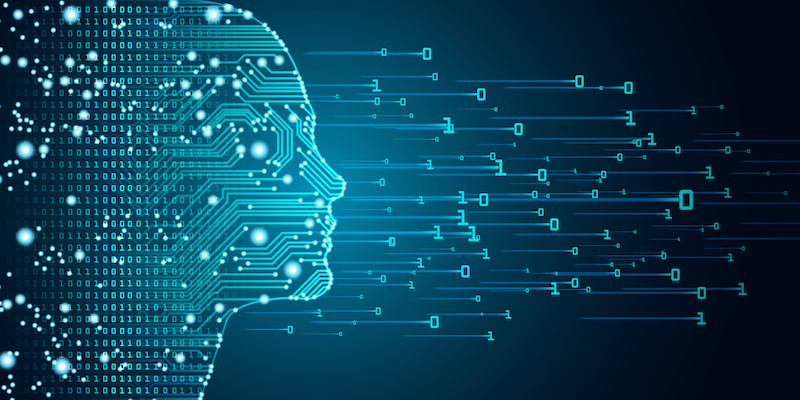 "If we do end up creating Frankenstein’s monster, it is likely that we will create it within ourselves."

Dystopian futures dominated by malevolent artificial intelligence have long been a mainstay in science fiction. From the coldly calculating HAL 9000 of Arthur C. Clarke’s 2001: A Space Odyssey to Arnold Schwartzenegger’s iconic portrayal of the Terminator to HBO’s Westworld, we thrill at the prospect of being overwhelmed by our own creations.

In fact, the very first science fiction novel, Mary Shelley’s Frankenstein, was born out of the fear that the then-nascent industrial revolution would unleash titanic forces beyond our control. That it hasn’t happened yet has done little to diminish popular interest in the topic.

Ray Kurzweil, chief futurist at Google and the most recognizable evangelist of the Singularity, predicts that computers will overtake human intelligence by the year 2045. Only time will tell if he is right.

For now, such futures still belong to the realm of speculation, which is to say they belong to science fiction.

Transhumanism theorizes that mankind will transcend the limitations of biology with the aid of artificial intelligence and technology, which would be integrated with the human consciousness. Proponents of transhumanism claim that it will be possible to “upload” human minds into machines, thereby achieving a kind of immortality. They argue that we have already entered a cybernetic era, with life extending technologies such as artificial hearts, prosthetic limbs, and various implants that regulate our bodies. Now, Elon Musk is working on “brain-computer interfaces,” that would allow direct communication between a human mind and an artificial one.

Transhumanist meddling in consciousness significantly increases the risk that humanity will be superseded. As a species, we haven’t proven to be very good at respecting boundaries. We need only look at the devastation human beings have wrought on the environment to see how our best-laid technological plans often lead to disastrous consequences for ourselves and for those with whom we share the planet.”

Most of the work being done on AI and transhumanism is happening in a corporate black box. We are subjecting our very nature to the profit motive. That doesn’t seem like a good idea.

I envision a world in which human minds are vulnerable to direct manipulation or control via the kind of brain-computer interface being developed by Musk, where quaint concepts of independent thought or free will no longer exist.

In many ways, we are edging closer and closer to that world. Digital media technology and social algorithms can now be used not only to predict behavior, but to direct it. Politically, Americans are dividing into self-selected digital tribes, where the only “news” that filters through conforms to pre-existing biases. Imagine a world where it is no longer possible simply to step away from your computer or put down your iPhone.

One of the recurring themes in my new novel, Our Lady of the Artilects, is the struggle of its characters to distinguish between authentic spiritual experiences and mere spectacle that has been implanted in their minds, a kind of hijacking of prophecy or prayer for sinister purposes.

It’s no accident that that the subtitle of Frankenstein was “the Modern Prometheus.” Shelley’s brilliant protagonist was playing with primordial forces he didn’t fully understand. Given how little we know about the nature of consciousness, I worry we are doing the same as we rush towards a transhumanist future. If we do end up creating Frankenstein’s monster, it is likely that we will create it within ourselves. 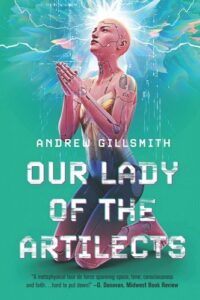 Andrew Gillsmith is a science fiction writer whose education in religious studies and passion for the cyberpunk genre has helped inform and mold his style of storytelling. Fittingly, his first job out of school was delivering mail for Jeff Bezos when he was still selling books via Listserv. Since then, he's worked in a number of interesting roles, including head of customer experience for the Kentucky Derby, leader of a proposed hyperloop project in the United States, head of data analysis for a healthcare company, and SVP of sales for a digital marketing agency. He currently works in publisher development in the programmatic advertising space. Andrew lives in St. Louis, Missouri with his wife Cheryl and their two young sons. His new novel, Our Lady of the Artilects, is available for purchase.

The Most Underrated Witches in Media 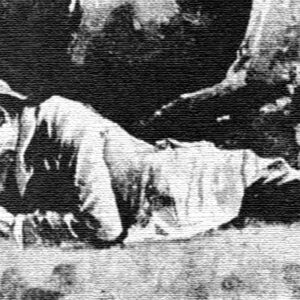 In this series, our editor Olivia Rutigliano rereads every Sherlock Holmes story, and puts together a small close-reading....
© LitHub
Back to top