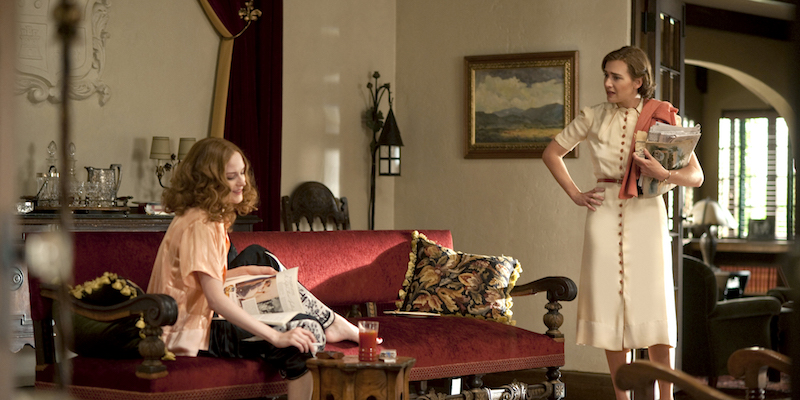 7 Mothers You Meet in Crime Novels, from Gothicly Evil to Disastrously Giving

There are precious few happy kids of loving mothers in crime fiction. Perhaps that’s inevitable, since crime fiction shows us flawed individuals, at times of great crisis. Fiction in general might offer up Mrs Bennet, Marge Simpson, Marmee Marsh, Molly Weasley and Lorelei Gilmore but in the mystery world it’s slim pickings. Until you turn to the dark side, that is . . . True villains abound. With them, though, we also find more nuanced portrayals of mothers, struggling, out of their depth, trying but failing.

I’ve written lots of mothers in the course of twenty-odd novels. My aristocratic lady detective packed her heir and spare off to boarding school after WW1 without a backward glance. In my modern novels, mothers of the protagonists seem to be either dead, overseas or pretty awful. So when I made Donna Weaver, the protagonist of Go To My Grave, the only child of a loving single mother I foresaw fun of a kind I’d never had before, writing two-hander scenes for the pair of them with in-jokes and acts of affection. Then I realized that for Donna to be in true peril as the story unfolds, she had to be alone. I packed her mum off to a wedding expo and we all had to make do with texts and phone calls.

But here’s a different kind of fun: With honorable mention going to Livia Soprano, Margaret White in Carrie, Erica Donato in Triss Stein’s Brooklyn series, and Corrinne Dollenganger, in Flowers in The Attic, this my personal top seven.

Nuance level: zero but who cares

When we finally meet Mrs Bates face to “face”, at the end of Robert Bloch’s 1959 novel Psycho—or more likely of Hitchcock’s masterpiece, which followed it the very next year—it’s hard not to feel pity (once we’ve stopped screaming) but if anyone ever had that coming it was Norman Bates’s mum. Rigid, twisted, domineering, sex-obsessed to the point of paranoia . . . what a piece of work she was. I’m not sure you could get away with such broad strokes now but she’s still a weird kind of joy to behold if you like that sort of thing. And I do.

Lionel Shriver, We Need To Talk About Kevin

However, Lionel Shriver’s Eva Katchadourian in We Need To Talk About Kevin is something else again. Eva’s character is balanced like a ballerina on a pinhead, now heart-rending, now blood-curdling. Throughout this long novel—and I wouldn’t have it a single page shorter—we’re never sure if Kevin is a pure sociopath, born evil, whose mother busted him while he was still in his cradle, or if Eva is a monster of the worst kind, destroying her own child so subtly she almost gaslights us over to her side. Books clubs disbanded over this novel. Friendships ended. The sliver of ice in my writer’s heart makes me wish one of my books could ruin lives that way. 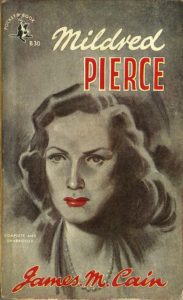 Nuance Level: as high as the hairdos

If Eva Katchadourian’s cold reserve (possibly) wrecked Kevin’s emerging psyche, James M Cain’s Mildred Pierce is a cautionary tale from the other end of the mothering continuum. Mildred doesn’t just spoil her daughter Veda. She abases herself at Veda’s feet. She all but obliterates herself, lest she cause her moppet a moment’s social unease. Mildred works hard as a – gasp! – waitress to put furs on Veda’s back and jewels round her neck, but she works even harder at not seeing what a rotten young woman her craven pandering has made. How I love this novel! And if you ever get the chance to see a black and white Joan Crawford bring her to life on a big screen, grab it. 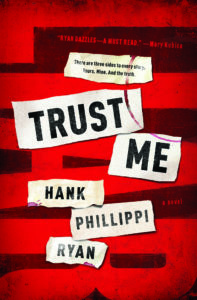 There’s more “is she or isn’t she”—actually “did she or didn’t she”—in Ryan’s recent barnstormer. We meet Ashlyn Bryant in the dock, on trial for the murder of her toddler daughter. It seems open-and-shut but the jury’s decision sets the whole country reeling, not least the true-crime author who’s been writing up the trial for quick publication. Her publisher’s suggestion that she twist the book into a redemption story is hard to resist. She needs the money. But the reality of the process—holed up together while they collaborate—pushes both women beyond the edge. Ashlyn, affectless and apparently indifferent, is a deeply unsettling creation and knowing that Ryan herself was writing a true-crime account of the Casey Anthony trial, which was canned after the acquittal, adds an extra layer of authenticity as well as shudders. 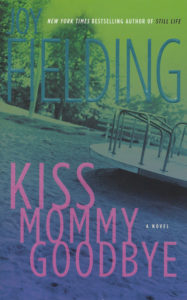 Archetype: Victim or Villain or Both?

No one does passive aggression like Joy Fielding and throughout this account of a “perfect” marriage collapsing in hatred and revenge, you’re never quite sure if Donna Cressey is the innocent dupe of Victor’s head games, slowly cracking up, or if she’s the one messing with him and with us, just for the yucks. At the custody hearing, when the baby-sitting neighbor reports that time Donna calmly said she thought her baby was dead upstairs in its crib, but she didn’t want to check until she’d had her coffee? It’s a testament to Fielding’s dark skill that we keep reading and keep caring. 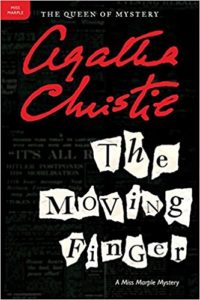 There’s more coldness on offer in my favourite of all the Agatha Christie novels I’ve read (and that’s about two thirds at a guess; or in other words, sixty). In The Moving Finger. Mona Symington, the indifferent mother, isn’t the focus of the book and that’s related to why I admire it so. There’s just such a lot going on in here: love —blossoming, faltering and thwarted, struggles with disability, small-town social tensions, sexual repression, and a zinger of a plot. In amongst all that, Christie doesn’t hammer the fact that Mona chilling sees her daughter merely as an unwelcome reminder of a shameful first marriage and wishes Megan would simply go away and stop spoiling the neat outline of her second, apparently perfect, family. And this element of the novel isn’t the only one that’s all the better for the light touch. For one thing, the glancing blows mean that The Moving Finger bears a lot of re-reading. As well as the relationships, it’s full of little gems like Megan’s take on Regan and Goneril in King Lear—“that awful old father of theirs always insisted on such a lot of sucking up. When you’ve always got to be saying thank you and how kind and all the rest of it, it would make you go a bit rotten and queer inside, and you’d just long to be able to be beastly for a change”. 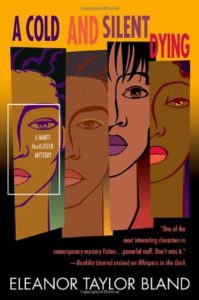 Nuance level: that’s not the point; love is the point.

(But fathers are a blog for another day.) Back to mothers and my last pick is—finally!—a warm, caring, sensible, competent woman whom anyone would be lucky to call Mom. She’s Marti MacAlister, cop and widowed mother of two, in Taylor Bland’s Lincoln Prairie police procedurals. The series began in 1992 with Dead Time, in which Marti moves from Chicago to a small town also in Illinois and tackles a case where the killer is stalking homeless kids who may have witnessed his crime. Here and in her thirteen further novels, Taylor Bland shows us a character who spreads her wings over all who need her. Marti wouldn’t see it that way; she’d say she’s just getting by.

The books are freely available in e-form, and worth tracking down in print if that’s your preference. In the meantime, Eleanor’s memory is honored in the form of an annual grant for emerging writers of color awarded by Sisters in Crime. Okay, full disclosure: I was the SinC president in 2015 and it’s my proudest presidential accomplishment to have been at the helm when we converted the generous one-off bequest from Eleanor’s estate to a yearly tradition. (Details of how to apply are here.) 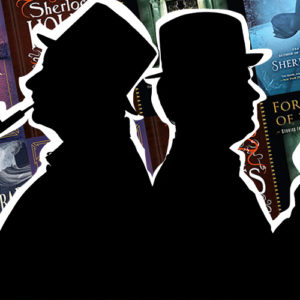 Because we could never guarantee that we’ve collected every new title in a year featuring Sherlock Holmes and Co., here’s...
© LitHub
Back to top