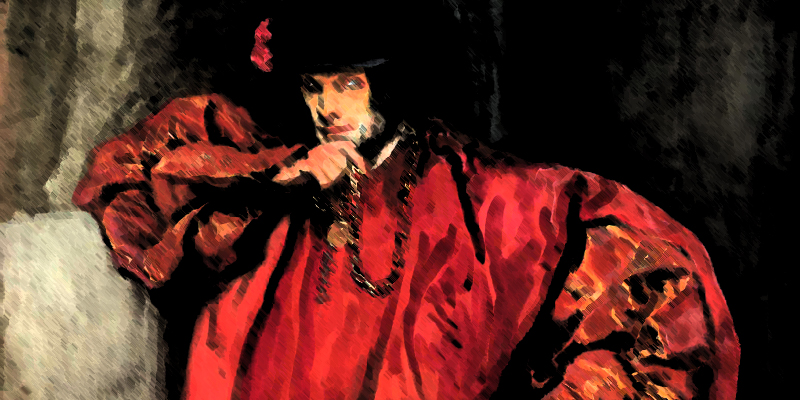 Those questions were humming away in the background of my mind as I set about writing my debut novel. For authors who write to explore the human condition, they’re often pressing concerns. Characters may need a plot, but plot also needs character—I wanted to tie a story of crime into a tale about the messiness of human psychology, the complexity of private grudges, and all the joy and anguish of foiled desires. Diving into motivation helped me to bring it all together.

A look back through literature shows that stories about crime have historically captivated audiences with very personal drama. Long before bookshop classifications of genre, Shakespeare’s plays featured tales of murder and revenge. In fact, motivation and crime intertwine in intricate ways throughout Shakespearean drama. The plays’ potent scenes overlap with modern tales of betrayal and retain their dagger-bright shine, even now.

Conspiracy, assassination, conflict, and tragedy swirl together in Shakespeare’s Julius Caesar, a play which centers on a dramatic crime. Yet the heart of the play is about human psychology and emotion: how we think, and how we feel. The scheming Cassius and his well-reputed colleague Brutus end up siding together in a conspiracy against their leader, Julius Caesar, but the two men have stunningly different motivations for their deed—Cassius claims to be protecting Rome against dictatorship by stabbing Caesar, and yet he brims with personal envy. “Caesar doth bear me hard, but he loves Brutus”, he gripes in private. Brutus, on the other hand, admits his deep affection for Caesar, but becomes convinced of the logic of a pre-emptive strike. He elevates the political above the personal, to tragic consequences.

If Julius Caesar were simply a retelling of political events, it wouldn’t be so compelling. The real drama lies not in how the assassination is arranged, but in why the main characters commit their crimes. Both Cassius and Brutus have feelings about Caesar as a person, and both have ideas about power and justice. One man prioritizes his envy, and the other lets his ideals override his friendship: that is where the humanity lies. We all choose between emotion and logic in our daily lives, and even high-ranking politicians question their loyalty to their leaders, oscillating between personal values and collective order.

Psychology and motivation take a darker turn in Othello. If there is one character that haunts Shakespearean audiences, it is Iago, the standard-bearer who creates and executes an elaborate plan to ruin his general. Iago makes several claims about his motivation to bring down Othello— he has been passed over for promotion, he hates Othello, he believes Othello has slept with his wife—but readers and audiences have questioned whether any of these motivations are true. Iago seems to be energized by crime rather than dwelling in feelings of resentment. Indeed, Samuel Taylor Coleridge once called Iago’s speech about his motivation “the motive-hunting of motiveless Malignity”, a phrase that has stuck in the cultural consciousness. The skillful, remorseless figure of Iago frightens people because they do not believe he has any motivation, or certainly none that matches the extent of his deeds.

Yet the virtue of interpretation is that we can weigh and assess Iago’s potential motivations, and decide for ourselves if he is an envious soldier, a jilted lover, or an embodiment of nihilist triumph. The rich density of Shakespeare’s portrayals of people, whether they are envious, naïve, or striving individuals, allows us to pick over their psychology. The same layered humanity can be included in modern stories about assassination, schemes, and conspiracies. Though we might not attain the psychological heights of Shakespearean drama, we can still strive for a splash of that thinking.

When developing the story of The Councillor, I tried to ask myself what the central crime could show about the people involved. My debut novel was written in the context of studying Machiavellian politics in Shakespearean drama and fantasy fiction, so perhaps it’s no surprise that I kept Shakespeare’s work in mind. Setting the novel’s drama in a gender-equal world without homophobia allowed me to represent a different range of people in the halls of power— from swaggering women to queer princes to intellectual rivals—but whatever the gender or sexuality of the characters, their human flaws and yearnings needed to drive the narrative.

Will the reveal of the crime prove surprising? Perhaps! But readers have different experience in guessing a perpetrator, and different levels of interest in the guessing, so I know that some will sniff out all the possibilities like a bookish bloodhound. What I hope, ultimately, is that the reveal will mean something; that it will show something of the pain of grappling with our personal motivations. The stories of assassination and crime that linger in my mind are those where the characters battle themselves as much as they fight their enemies.

“For who so firm that cannot be seduced?” Cassius muses in Julius Caesar. It’s not only the how of the seduction that drives the play, but the why. I’d say that’s one of the endowments of Shakespeare’s political drama: the time given to human striving, and with it, the revelation of tragic irony that underlies our attempts to overcome our own complex, multifarious desires. 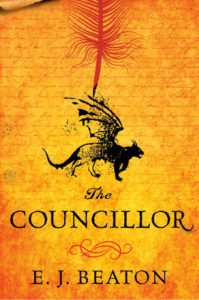 E. J. Beaton is the author of the fantasy novel The Councillor. She has previously published a poetry collection, Unbroken Circle (Melbourne Poets Union), and has been shortlisted for the ACU Prize for Poetry and the Ada Cambridge Poetry Prize. She studied literature and writing at university, and her PhD thesis included analysis of Machiavellian politics in Shakespearean drama and fantasy literature. She lives in Melbourne, Australia. 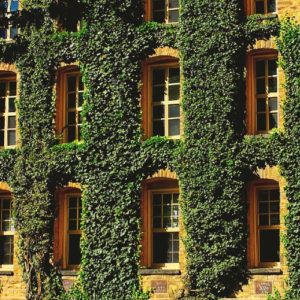 The setting is easily visualized: a leaf-starred campus, buildings beset with ivy, dorms packed with teenagers who may have...
© LitHub
Back to top