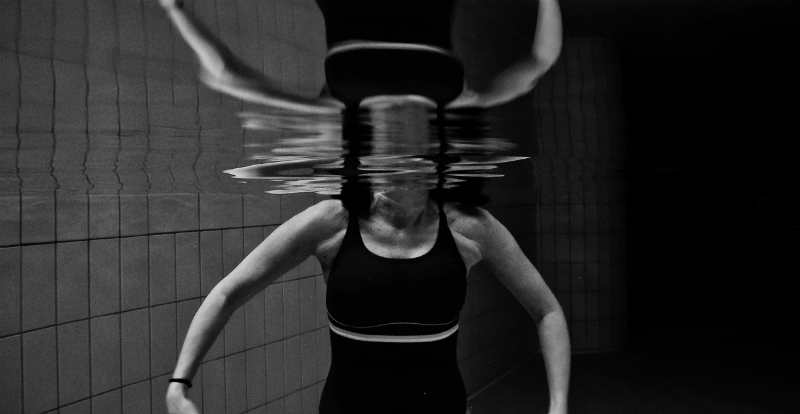 Lately I’ve been thinking a lot about memories.

Not about specific recollections, but the concept of memories. What they mean, whether they count, how they create the people we think we are. For example, imagine that you and I go to a concert together. The band is Mumford & Sons, one of my absolute favorites, and they’re in fine voice that evening. We dance, we drink, we giggle, we sing (well, perhaps yell is a more accurate term) along with the band arm in arm, with our breath coming all the way from the bottom of our lungs—all in all, it’s a great evening. A highlight of my month, maybe even of my year; it glows in my mind when I think about it. Then time passes. A year, another, perhaps more. We meet up, you and I, as we often do, and I happen to mention the concert, only you don’t remember it to begin with. With some cajoling it comes back to you, a little, in hazy fragments, but you’re convinced that the band was actually Kings of Leon.

How do I feel?

I feel…cheated. To me, that was a wonderful night, a recollection to be savored. Not only that, but it became part of the story of you and me, of times shared and enjoyed, of warmth and laughter. The fact that you don’t remember it has shaken the ground beneath me. It has made me question my own memory. Even if I’m one hundred percent certain of my own remembrance, I’m now questioning your involvement, your investment in it, your investment in us. Were you really having as good a time as I thought? Surely if you were, you would have remembered…Your lack of memory has cheapened the recollection I do have.

Even writing this, I feel upset. I haven’t met you, but it doesn’t matter. Now I’ve shared a concert with you, which you don’t remember—entirely validly, since this is a thought exercise and it never happened—but I’ve imagined the details and become emotionally invested now, I will remember it. And you won’t.

When I was a child growing up in a small village at the foot of the Highlands in Scotland, I would occasionally wake in the night. My bed was next to the window in my little room, I could sit up and pull the curtain across me to look out into the darkness, with the warm covers still draped around my waist. The only light was a faint glow from a nearby streetlight, and there would be barely a sound, except perhaps the occasional low rumble of a train on the track that passed a mile or so from our house, or the distant thrum of a lone engine on the main road that was even further than that. The quiet was friendly, somehow, it was the thing that drew me to those moments. The quiet, and the awareness of the unhurried passage of time, second by second by second, with me seemingly the only person witnessing it. Then…and then…and then. Those moments seemed to hang suspended in time and space, a secret treasure just for me.

It doesn’t matter that no-one except me has this memory. Not every memory needs to be shared.

When she had already deteriorated quite a bit, but before she had declined so much that the possibility became unthinkable, I took my mother on a cruise. The aim was to give my dad a few days of respite, but beneath that lay another motivation: guilt. I had taken my mother away on a trip before, to Greece, where we swam from island to island—quite literally, as it was a dedicated swimming holiday. She loved it, and I had meant to do it again. But time was no longer unhurried, it didn’t hang suspended, it was busy and hectic and suddenly it had become too late.

So, the cruise then. Three days on a boat, because after all, it’s hard to lose someone on a cruise ship. They have to be somewhere. I kept us busy, we were quite the joiners, often with unintentionally hilarious consequences. Like when I chose to go to the bathroom just before we left our cabin for an open ocean ride on a rib, and failed to notice that my mother had swapped her sensible sea-faring trainers for scarlet stilettos—the look on the face of the rib’s captain as he helped her on board was a study in bemused exasperation. After two days she took to spotting my father, her husband of some forty years. She was admirably politically correct in her approach: any bald gentleman of a certain age, regardless of ethnic origin, was fair game. She would wave at them across the cavernous dining room of the ship with a big smile. Sometimes they even waved back, though a little uncertainly, it must be said.

Like many (all?) cruise ships, there were shows. One was based around sixties music. My mother loved it, she has always loved the music of that era, of her teenaged years. We sang, we clapped, we stood up and danced in the aisles. She sparkled again. And I was sparkling too, because we were sharing an experience…and then she waved across the auditorium at a man who wasn’t her husband, and I abruptly realised that she wouldn’t remember this. A doctor I know later told me earnestly that it didn’t matter if she remembered it, the endorphins and the pleasure she experienced that evening were physically good for her anyway. I couldn’t find the words to tell him that he was missing the point, or at least, that he was missing my point. The memory that should have been shared, wasn’t.

But in truth those memories have been shared, though not with my mother. I told them to my sister, to my husband, and they carry them too now. Though I won’t hold it against either of them if they get a little fuzzy on the detail, since they weren’t actually there.

I’m having a snatched lunch with a friend that I met in college, that I have now know for more than half of my life—salad boxes when we’d rather have paninis and carrot cake, eaten at the window table of the café. She breaks off from a story about a colleague, brow wrinkling, her plastic fork waving. “Wait. Is that…?”

I follow her fork to find a tall man in a suit walking the pavement outside, pulling up the collar on his smart coat against the rain with one hand whilst the other clutches the neckline closed. “Yes! From college…wasn’t he the year above? Or the year above that?”

“Year above, I think.” He has passed now, she turns her head back to me. “Was he Mark something-or-other? Didn’t I kiss him once?” Now her mouth is furrowing in thought along with her brow. “Or was that you?”

Something surfaces in my mind: I am leaning against the wall in a dark corridor just along from a room from which music is thumping, regularly punctuated by laughter. Mark something-or-other is leaning over me, leaning into me.

My children are at the other end of the memory spectrum from my mother. There are memories that they don’t possess because their brains were too new to hold them, from the time when experiences passed through them as if they were sieves. In time the sieves grew finer, of course, and more details were caught, but they are endlessly fascinated with their lives before the reach of their recollection. My littlest loves the fact that he was apparently born rational and barely ever had a tantrum. When he was about eighteen months old, something (what? I don’t remember…does it matter?) upset him and he went to throw himself on the floor in what I could see was likely to be a full blown episode—but he was in the kitchen. The floor was a hard, cold, stone tile. He checked himself and ran into the living room to look for a softer surface on which to kick and scream his displeasure, by which time I was almost helpless with laughter at such a display of logic in the midst of a what was supposed to be all-engulfing rage. He gave up on that tantrum rather sheepishly. I’m not sure he ever gave the practice another go after that. It’s a good story, and it’s his story now —he uses it to tell himself who he is, how he is. He’s fashioning it into a framework on which to hang his understanding of himself, it’s part of the scaffolding that will eventually become a solid structure of what it means to be him. He is building himself whilst what my mother constructed is crumbling.

I wonder if, in time, he will think he remembers it. It probably doesn’t matter either way, except…I can’t help thinking that it matters if that’s actually not really who he ultimately decides to be. It matters if we’re giving him the wrong scaffolding.

So I worry about my memory. I worry about what I do remember as much as what I don’t. I remember the concert you and I didn’t go to. I remember the characters in everything I have ever written, everything I have yet to write—with time I may not always remember their names, but I remember them, what they loved, what they didn’t, what made them who they are. They are people living inside me, along with all the recollections that I do or don’t have, and I can’t say that they are any different to them. If I were to drift into the fog of Alzheimer’s, would they leave me first? I don’t think so. I think they are as solid as anything else in there. I like to think they wouldn’t desert me. They are part of my scaffolding.

Like I said, I’ve been thinking a lot about memories lately.

Lexie Elliott is author of the new novel, How to Kill Your Best Friend. She grew up in Scotland, at the foot of the Highlands. She graduated from Oxford University, where she obtained a doctorate in theoretical physics. A keen sportswoman, she works in fund management in London, where she lives with her husband and two sons. 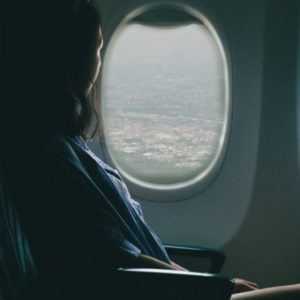 When I was a boy, I had an uncle who married a flight attendant—or what we called back then a (forgive me) stewardess. It...
© LitHub
Back to top