The Original Ladies of Crime

Chances are if you’ve begun reading this column you have a fair idea of who I am and what I do, but for those in need of a refresher: I edited two mid-century anthologies of crime stories and novels by women, which set me up as an authority on the subject. I’m publishing my first nonfiction book later this year. I’ve written about crime fiction and true crime—for pay, for love, or both—for about 15 years. And I’m thankful to CrimeReads for giving me a platform to discuss books and cases that strike my fancy, in the hopes they might interest readers.

To kick things off, let’s venture back to the beginning. Not quite to the first-ever mystery stories, since that’s Edgar Allan Poe territory, but to a few years later, when women started writing them. It will come as little surprise that 19th-century women writing detective fiction did not reach the same lasting acclaim as did Arthur Conan Doyle, or that women plumbing the sensation realm did not stick in the literary consciousness like Wilkie Collins.

Instead their work, whether by accident or willful design, got sanded over, despite paving their own distinct pathways through the rules and tropes of the genre. They took as much from deductive ratiocination as they did from the Gothic tradition made famous by the Brontë sisters. Which is why a new anthology, with the annoying title of In the Shadow of Agatha Christie—more on that later—fills in necessary gaps.

The 16 stories selected by editor Leslie Klinger are a splendid survey of women writing crime between 1850 and 1917. (Full disclosure: a piece of mine appeared in Anatomy of Innocence, which Klinger co-edited.) Anna Katharine Green, whose 1887 novel The Leavenworth Case was cited by Christie herself as inspiration for her first detective novel, The Mysterious Affair at Styles, helps anchor the collection with “Missing, Page Thirteen,” featuring her female detective Violet Strange. The oft-reprinted “A Jury of Her Peers,” by Susan Glaspell, is again reprinted here, but I never mind rereading this story, deserving its classic status.

A number of the writers—Elizabeth Gaskell most notably—are better known for non-crime writing, but by virtue of having written stories that qualify as mysteries, they are included. Gaskell’s tale, “The Squire’s Story,” is more diverting than substantial, but Mary Elizabeth Braddon, of Lady Audley’s Secret fame, offers an enjoyable crime-ghost story hybrid in “The Winning Sequence,” which takes some of its storytelling cues from the Road Hill House Murders, a case that riveted England in the early 1860s.

In the Shadow of Agatha Christie also could not go forward without stories by Carolyn Wells, Baroness Orczy, L.T. Meade and Robert Eustace, and Mary Fortune, all of whom helped further the detective and thriller genres as the 19th century moved into the 20th. Their stories are more indicative of influence over quality (though Fortune’s, “Traces of Crime,” carried an extra enjoyable spark) and readers are better advised to seek out their better-known work, largely novels.

One of the strongest stories in the collection was by the Austrian writer Augusta Groner (1850–1929), whose reputation outside her home country ought to be elevated as a result. “The Case of the Registered Letter” is one of many tales she wrote starring Joe Muller, a detective of modest disposition who, upon the conclusion of this most vexing affair, “refuses to have this case included in the list of his successes.” The story unfolds with sure-footed lightness, no doubt aided by Grace Isabel Colbron’s translation, originally published in 1910 and Muller’s lack of flashiness compared to his detective brethren is a refreshing counterpoint.

There are, of course, notable female mystery writers from this time period not represented at all in the collection. The most likely reason for excluding them is that their published short stories did not fit comfortably within the confines of mystery fiction in the way their novels did. (Another possible reason: the stories that did weren’t as good as the final selections, a painful experience I remember well from editing anthologies.)

Metta Fuller Victor’s The Dead Letter, published as by “Seeley Register” in serial form between 1866 and 1867, is widely recognized as the first detective novel written by a woman. It was also just one of a great many contributions Victor made to popular fiction, under her own name or over a dozen pseudonyms, writing in every possible genre that existed at the time, including poetry and cookbooks. The Dead Letter, I’d argue, as have others before me, made future detective fiction by women possible, by virtue of being the first, and showing such stories need not be male-only terrain.

Their work, whether by accident or willful design, got sanded over…

Another writer not part of the anthology, but well worth singling out for her contributions to the genre, is Caroline Clive. Paul Ferroll (1855), published under the pseudonymous initial “V,” predates by decades the innovative techniques employed by Agatha Christie in The Murder of Roger Ackroyd and Francis Iles in Malice Aforethought in its exploration of the effect of murder—its planning and its execution—upon the human psyche, and the psychological toll exacted as a result. Paul Ferroll proved so successful that Clive followed it up with a prequel whose title I cannot mention because it is a literal spoiler alert.

Speaking of titles, In the Shadow of Agatha Christie is clearly meant as a Trojan Horse. Christie, of course, has sold in excess of two billion copies of her work during and after her lifetime. Her popularity crested during the 20th century’s most volatile periods, and the resurgence of interest in, and adaptations of, her work is concurrent with ongoing global upheaval and political polarization, which makes sense—when the real world is chaos, the fictional order of Christie’s work carries further allure. Bestowing her sales largesse upon more obscure women crime writers—including direct influences upon Christie’s work—to attract interest is as much about marketing savvy as it is about being charitable.

Klinger, to his credit, acknowledges all of this in the anthology’s introduction. He writes that Christie’s ascendance to her “Queen of Crime” designation relied upon “the shoulders of women who came before her, too many of whom have been lost in her shadow.” If In the Shadow of Agatha Christie spurs readers to seek out other stories and novels by the women assembled in the collection, in addition to others outside these arbitrary borders, it will succeed as intended, and then some. 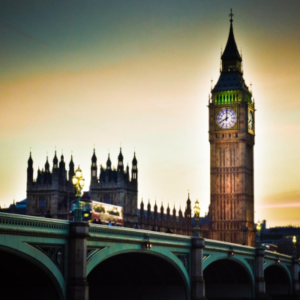 It was the tail end of October. The weekend, in the UK, when the clocks go back and ten weeks before my novel would be published,...
© LitHub
Back to top