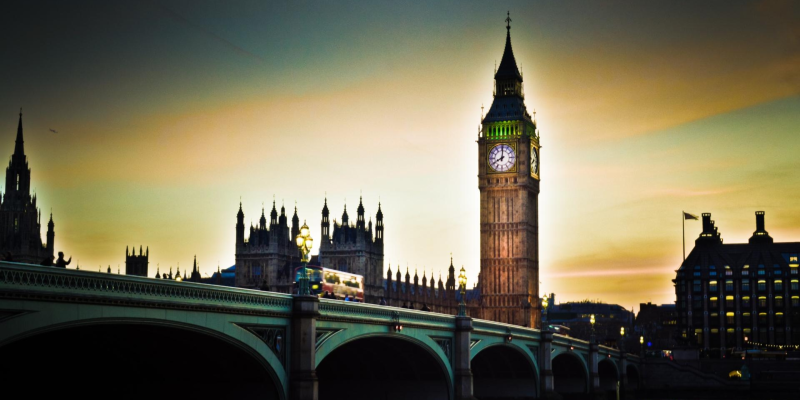 It was the tail end of October. The weekend, in the UK, when the clocks go back and ten weeks before my novel would be published, when I experienced the most bizarre twist of fate for any novelist: a moment when real life began to imitate the events in my book.

The Harvey Weinstein allegations had dominated the news for three weeks but now a fresh story broke that chimed with Anatomy of a Scandal, my courtroom drama that charts the trial of a charismatic government minister charged with raping his younger colleague. Young parliamentary researchers had not merely created a WhatsApp group of UK politicians to be avoided but a so-called “dodgy dossier” of MPs guilty of making unwanted sexual advances or behaving inappropriately towards colleagues and junior staff.

While some of these 36 Conservative MPs were in relationships, the spreadsheet suggested a widespread culture of sexual harassment and misconduct with seven Cabinet ministers, and eight former ministers, among those named. Claims ranged from a minister getting his secretary to buy sex toys to an MP making a researcher abort his baby and another sexting a teenager who’d applied to work for him. Two prominent Tories had paid women to be silent about their behavior—with the most senior, a Cabinet minister, getting a researcher to sign a non-disclosure agreement to keep quiet about what happened. And, in an eerie reflection of my novel—in which an alleged rape takes place in a rickety House of Commons elevator running from a courtyard to a committee room corridor—there was a warning that women shouldn’t “get in a lift” with a certain MP.

“I think we need to think about writing something on this,” my UK editor said that Sunday in a phone call, her tone characteristically calm while my mind fizzed at the freakishness of the situation: the sense that a novel I had sold 13 months earlier—and dreamed up nearly three years before that—was being played out all around us. “Just in case it develops any more.”

Just as the Weinstein allegations continued with daily accusations from Hollywood actresses, so this story of sexual misconduct at Westminster—or Pest-minster or Sexminster as the tabloids soon dubbed it—gained traction to become a story that led to the resignation of two Cabinet ministers, including the prime minister’s oldest political friend, the de facto deputy prime minister.

But it was when the Scottish Conservatives suspended a candidate accused of sexually assaulting a woman while both were at Oxford University that I experienced a discombobulating, goose-bumps-up-the-spine feeling that something I’d created perhaps wasn’t just a fiction.

Call it cognitive dissonance—a consciousness that, though I knew, in reality, I’d imagined it, I also half-expected my plot to be unmasked as something that had happened all along.

“This is getting freaky now,” a bestselling author messaged me as news of the alleged campus assault broke. “It’s prescient. Did you know about this?” another asked.

Because Anatomy of a Scandal not only details a rape trial and its aftermath, seen largely through the eyes of a government minister’s wife, and the prosecuting attorney, but shows the minister enjoying an entitled, dissolute lifestyle at Oxford—with associated frat boy behavior—25 years earlier.

The answer is no. I didn’t know about these specific allegations—of groping in a lift or of sexual assault at Oxford—when I dreamed up the idea of Anatomy of a Scandal after discussing a rape case with two girlfriends, back in November 2013.

Nor did I know of them as I wrote it, in a white-hot rage at some MPs’ sense of entitlement over the EU referendum, from January to September 2016.

So why did I decide to tackle the issue of an extreme abuse of power—of a rape—at the heart of government?

Not because I wanted to create something needlessly sensational.

But because, in an atmosphere in which powerful men hold sway, and in which even the old architecture facilitates trysts and secrets, I could so clearly imagine it taking place.

But in the UK, the wave of sexual harassment allegations have swirled and eddied around Westminster, where a combination of long hours, proximity to bars, men with a robust or inflated belief in their own importance who live away from home, and keen young interns and researchers, just starting out on their careers and anxious not to offend, is always going to be toxic. I worked as a political correspondent for the Guardian, in the early to mid 2000s. I may not have experienced sexual harassment in the lobby but, to put this in context, when I arrived, in March 2003, I was 30, relatively newly married, and, for seven months of the two years I was there, very visibly pregnant—a fact that marked me out as either sexually unavailable or unattractive, perhaps both at the same time.

As the sole woman in the Guardian’s five-strong political team, I was also encouraged to lunch women MPs, and ambitious young MPs who’d arrived in the 2001 intake—like the then backbench and later Prime Minister David Cameron, among others. Rather than drinking in the sports and social commons bar—which I shied away from, disliking the sleazy, male-dominated atmosphere—I was more likely to get a story over sparkling water and roast sea bass in a Westminster restaurant. And though I didn’t experience the sexual harassment other women journalists have spoken of, I could imagine it happening.

Crucially, my novel, Anatomy of a Scandal, features a relationship between a charismatic minister, and close friend of the prime minister, in his early forties, and his 28-year-old parliamentary researcher, so the imbalance of power, endemic to abuse, is there. What has been striking about most of the accounts of alleged sexual misconduct, so far, is that they’ve involved members of staff rather than MPs—and many involve far younger women: a 19-year-old who applied for a job with an MP; a female member of staff held down by an MP on a bed; a secretary, called sugar tits by her boss; the two women on a minister’s staff who were moved to other jobs because of his “inappropriate” behavior. Largely women whose complaints, if they ever felt they could make them, could be—and were—dismissed.

In what’s been described as a ‪#MeToo courtroom drama, I wasn’t interested in writing about a more clear-cut, stranger rape—a rape at knifepoint down a dark street; the kind of rape on which juries find it easier to reach a verdict—but an alleged relationship rape which causes jurors to make value judgments about the woman at the heart of it: a sexually confident woman apparently unperturbed about pursuing someone else’s husband, a professional family man.

The extent of the power imbalance seems to be key. There’s a vast difference between co-workers who meet and fall in love and a star of an organization preying on very junior employees, whose careers he can promote or fell according to how amenable they are.

Power tends to corrupt—or at least to engender a sense of entitlement. Looking at Weinstein and Trump, and at the lesser offenses of UK politicians, that’s the only rationale by which this behavior, symptomatic of a toxic masculinity, can be explained. A disgraced former minister, who admitted sexting a 19-year-old, has talked of MPs being risk takers. As one female MP once told me: “Once they’ve been elected, they can think they’re invincible.” They’ve been given this mandate—and they can extrapolate from that to think they’re always right.

Article continues after advertisement
Anyone who’s worked in the House of Commons will recognize the strut of an entitled man.

Anyone who’s worked in the House of Commons will recognize the strut of an entitled man. And the confidence required for someone to stand up in the chamber and speak may tip into arrogance. “I told the truth, near enough. Or the truth as I saw it,” James, my government minister, tells his wife. Manipulated by a powerful man, even the truth—at the heart of the issue of consent—is up for debate.

When researching my novel, I returned to the Houses of Parliament to remind myself of the labyrinthine corridors, the tiny lifts, the nooks and crannies that lend themselves to trysts, secrecy and intrigue—all crucial to my plot. I saw too the scaffolding and plastic sheeting, that literally props up and protects the old building; discovered, too, new places in which one might hide.

Chatting to a palace official standing off central lobby, I commented on how pristine the tiles looked.

“Ah, but you don’t want to look at the dust at the top of the statues,” he said, nodding to a huge marble figure behind me. It seemed an apt metaphor for the tendency in Westminster to turn a blind eye to anything that might be hidden from sight.

Four years ago, I asked a female MP if she could imagine any colleague being brought down by a sex scandal if it didn’t involve children.

“Sex kills your ability to be promoted,” she said, “but if you want to finish off your career, there’s got to be some financial component. People tolerate sex.”

In the wake of Weinstein, it seems that—finally, hopefully—all this may change. Parliament needs to be seen to address the issue. Political parties are instigating investigations and, crucially, Theresa May—despite being willing to hold the hand of a man who has bragged on tape of grabbing women “by the pussy”—has sacked two of the Cabinet ministers named in that researchers’ list.

Meanwhile, I’m left wondering how this story might progress. It’s all rather uncanny. An issue that’s long preoccupied me burst into our collective consciousness three months before the publication of my novel about consent.

In a further bizarre twist, there’s currently an illuminated advert for Anatomy of a Scandal at Westminster underground station: about as close to the Palace of Westminster as my publisher’s marketing department could hope to get.

And as all those MPs and parliamentary researchers scurry down the escalators to their underground lines, I can’t help wondering if any of them will glance at it and wonder why it was written and at the reason for the wariness of the woman in the poster; the vulnerability and distrust in her eyes? Perhaps art—in the form of my novel—will impose on their lives in this tiny way, and remind them that sexually undesirable behavior—from a knee-brush to assault—will no longer be tolerated. In an office. Behind closed doors. Even in a lift.

Sarah Vaughan is the author of the new novel, Anatomy of a Scandal. She spent eleven years at the Guardian as a news reporter, health correspondent, and political correspondent. She lives in Cambridge with her husband and two children.

The Original Ladies of Crime 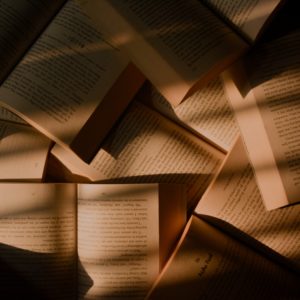 Curling up with a good mystery is a comforting image: cup of tea, cozy blanket, and a book that you know will end with a satisfying...
© LitHub
Back to top