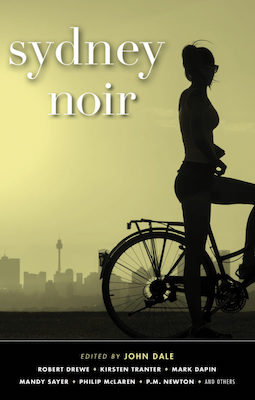 The following is an exclusive excerpt from the short story “The Patternmaker,” by Julie Koh, included in the new anthology Sydney Noir, edited by John Dale. In the following section, our unusual narrator introduces us to a pathetic stalker after her roommate, yet soon embroiled in the narrator’s life. Like the other stories included in this anthology, “The Patternmaker” is an elegant take on Sydney’s seedy underbelly, and explores the consequences of loneliness and false expectations.

I think he’s a detective until the night he gets his dick out.

He’s been hanging around this block of flats all week. Around midnight every night, he’s appeared in the back car park, camera around his neck, looking shady. I only noticed him because I’ve been up late thinking about my runway collection. I’ve been bingeing on seasons of Real Couturier on my laptop, getting myself in the zone.

I’ve started keeping the lights off so I can watch him from my window on the first floor. He’s tall and thin and pale as fuck, with long, terrible hair halfway between orange and brown. I’ve never seen him walk up the driveway from the street. He just appears. Maybe he’s been hiding in the separate laundry room out back. No one’s called the police on him yet.

So tonight it’s raining and he’s standing under the back light staring up at my studio. But this time he’s wanking.

I smoke and watch him. When the cigarette’s done, I slide the window frame up and stick my head out.

“What’s wrong with you?”

“Why should I tell you?”

He puts his thing away, zips his fly. “I want Cathy.”

“You and the world. How tall are you?”

I think, why not? That’s a good height. Let’s bring this blue dick in from the cold.

He comes up the back stairs, jumper soaked. Smells like a farm animal. But he has a good jawline and frame. Could be a good clotheshorse.

He inspects my studio like he owns it. Walks all the way through without asking. Looks at the rolls of fabric, the cutting table, my little Juki sewing machine, my voodoo pin cushion, all crammed into the living room. He touches Ludmila, my dress form, on the waist. She’s just a torso.

“Couldn’t afford one with legs,” I say.

He moves on to the kitchen, bathroom, and bedrooms, then plonks himself on the couch.

“I knew Cathy’s couch would be red. Cathy wears red a lot.”

I think he’s a detective until the night he gets his dick out.

“You’re the stalker. You tell me.”

He looks at the wall, hums some tune.

I get my laptop and click on a rom-com. We watch the whole thing. Right before it ends, the friends of the main character tell him he’s made a mistake. He panics, sprints down streets, knocks over a newspaper stand, finds the girl, gets her back. I knew you were the one, he tells her. They kiss at the top of a tower. People clap. Credits roll.

The wanker asks where Cathy is again. I say I’ll tell him later.

He says his name is Mugzy. Isn’t even a nickname. Is he going to break out into some shitty rap?

No wonder he has to get his cock out in car parks.

Mugzy turns up every night. Stands outside in the same place. Waits until I open the window and call him up.

He’s twenty-three. So young I could’ve pushed him out of my own cunt.

“I like this flat,” he says one night while we’re at the cutting table. I’m fitting him with a mino, a cape I’ve made of straw.

“It isn’t a flat, it’s a fashion studio. Downstairs is vacant. You can rent it.”

He’s a perfect robot. He thinks I’m going to give him Cathy’s address.

Mugzy says he’s living in some couple’s spare room in Burwood. He’s been doing odd jobs—mowing lawns, moving furniture. No one will give him a proper gig.

Mugzy says he wants to become a private investigator to bring in more money. He got the idea when he met me. He shows me an ad he’s put up on Gumtree. Protecting Sydney since 2017, it reads. He thinks his stalking skills are transferable to this new kind of work. His stalking is all self-directed, he says. He’s set himself a lot of challenging assignments.

But all the self-direction is taking up too much of his time. So much that there isn’t enough left to fit in paid jobs. He’s having trouble making rent. Mugzy says he’s a millennial, and that millennials change jobs all the time. When he gets tired of being a shitfuck-famous investigator, he’s going to be a shitfuck-famous street photographer.

“We’re gonna be a massive power couple,” he says. “Everyone’s gonna talk about us all the time.”

“I thought you wanted Cathy.”

I tell him I’ll give him Cathy’s address if he agrees to be my star runway model when I get to the final of Real Couturier.

“Nice girl with shit for brains,” I say.

Everyone swiped right on Cathy all her life. Pretty, big eyes, midtwenties. An international student from Hong Kong living on her family’s money. She went on all the time about her awesome parents but ignored their calls. She made faces at my fashion sketches.

She moved out to be with her loaded white boyfriend in his flash apartment on the other side of the bridge.

Everyone swiped right on Cathy all her life. Pretty, big eyes, midtwenties.

She met him at salsa class in Darling Harbour. He was wearing a gray fedora, and a pinstriped waistcoat with nothing underneath. His triceps popped, she said. She called him my man.

I think of her and her man doing salsa and fucking. Salsa, fuck, salsa, fuck, in their boring salsafucking clothes.

“Wearing a hat—it’s called peacocking,” says Mugzy, when I tell him how they met. “I’m reading it in a pickup book. Girls love that shit. He probably pretended to be interested in her friend first. Probably negged her with backhanded compliments. Works like a dream.”

When Cathy told me she was moving over the bridge, we were having dumplings at Shanghai Night.

“Ashfield never matched my vision of myself,” she said, and popped a xiaolongbao into her mouth with a fork.

She saw me looking at her shiny pink nails.

“I found an awesome nail salon in Balmain,” she said. “Eighty bucks for a shellac mani-pedi. A girl with a good mani-pedi is a girl who is living her best life.”

I watched those nails and that fork shovelling xiaolongbaos into that mouth, and I couldn’t work out what Cathy had that I didn’t have. I had a good personality. I was okay-looking. But then again, I didn’t have control over my cuticles.

The day she left, I woke up to a pink Post-it on the fridge: B the change u wish 2 c in the world.

Lucky I didn’t take her advice or I would’ve slapped that Post-it on her chest and stabbed her through it. Would’ve left her posted to the kitchen wall, shellacked toes off the lino.

That’s a change I wanted to see.

Excerpted from “The Patternmaker” by Julie Koh, copyright 2018 by Julie Koh, included in the anthology Sydney Noir edited by John Dale. Used with permission of the author and Akashic Books (akashicbooks.com).

The Best Crime Podcasts of 2018 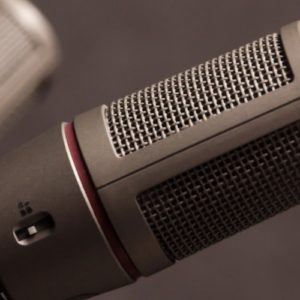 The Best Crime Podcasts of 2018 I’ve written about a lot of crime podcasts in the past year, and in my perfect world, you would listen to all of them....
© LitHub
Back to top