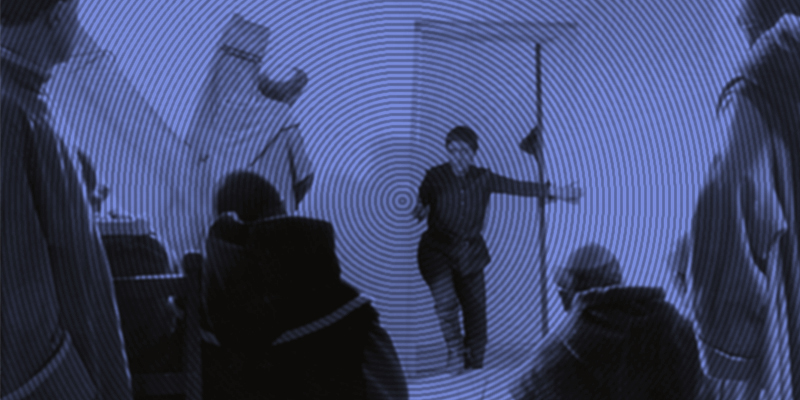 Carving Out a Space for Belief in a Dubious World

Lo stands, an antidepressant clutched in a shaking hand, in front of the stone-faced captain of the cruise ship she’s stuck on. She’s witnessed the disappearance and possible murder of a woman in the neighboring cabin, and no one believes her.

Rachel stands, boozed up and shaken, in front of a pair of suspicious detectives. She knows the missing woman was having an affair. She saw them together, and no one believes her.

Suzette stands, stretched thin with exhaustion, in front of her stubborn, resistant husband. Her only daughter is dangerous despite her tender age. Suzette alone knows her child’s true propensity for violence, and no one believes her.

These are the hysterical women, the women fainting, the women not of sound mind. These are the bad mothers—the alcoholics—the fat women—the mentally ill, and they are the protagonists in leading, women-authored books in the mystery/thriller/horror genres. Lo is the protagonist in The Woman in Cabin 10 by Ruth Ware; Rachel is the main character in The Girl on the Train by Paula Hawkins; and Suzette is the leading lady in Baby Teeth by Zoje Stage.

Do not be deceived; thrillers might not be “literary” fiction, but these authors are making a statement.

If female-centric stories are squeezed out of a literary space, we make them happen inside genre fiction.

Women have a long tradition of taking the space allotted us and maximizing it. If female-centric stories are squeezed out of a literary space, we make them happen inside genre fiction. The thriller space has been particularly friendly to stories of the female experience, because the female experience is hugely about fear.

In 2014, The Guardian released a piece titled “The Rise of the Marriage Thriller” commenting on the increase in books about middle-aged, middle-class married women finding themselves in dangerous situations with intimate partners.

“Worldwide, almost one third (30%) of women who have been in a relationship report that they have experienced some form of physical and/or sexual violence by their intimate partner in their lifetime. Globally, as many as 38% of murders of women are committed by a male intimate partner.” (World Health Organization). These statistics quantify what women already know: the thing to fear is that which is closest.

Over the last decade, writers of women’s fiction have found a home on an increasingly popular shelf space: the “domestic thriller,” a space dedicated to stories about women navigating unnervingly realistic scenarios: intimate partner abuse, spousal rape, murder by a lover, and kidnapping and assault at the hands of a trusted man. This close-to-home thriller feels so real, it’s impossible not to be drawn in.

Authors like Paula Hawkins have taken this space and used it to tell blatantly subversive, feminist stories while never sacrificing relentless plotting and pacing. Hawkins’ second book, Into the Water, explores the unreliable female character through the eyes of an entire community, centering the story around historical killing of witches and drawing parallels to modern-day witch hunts. This is a truth women readers understand: witches are still burned.

This is a truth women readers understand: witches are still burned.

We watched Dr. Christine Blasey Ford testify about alleged sexual assault at the hands of a successful man. We gathered together to bear witness in our separate spaces and listened to her recall the laughter of the boys assaulting her. “I was underneath one of them while the two laughed,” she said, her sweet, high-pitched voice wavering. She said she worried they were going to accidentally kill her because Brett Kavanaugh, her accused assaulter, had his hand over her mouth so tightly she thought she would suffocate.

In that moment, we knew she wouldn’t be believed. We looked at the faces of the men listening to her, and we knew exactly which ones were going to burn her alive.

In The Girl on the Train, Rachel begs the detectives to believe her story about the missing woman’s lover. She rants, yells, and loses control of her emotions, and then the detectives find out about her alcoholism. They discover she’s been fired from her job after showing up for work drunk, and they look at her with disgust. In that moment, the female reader knows Rachel will never be believed.

Because we know the score. We know the criteria of belief.

We must have the demeanor of an assertive woman without actually asserting ourselves. We must be calm and sober-minded. We must smile just enough; too much makes us look frivolous. We must not show emotion, but we must not appear cold, so we must feign the right kind of emotion while withholding all of our actual interiority. We must be slim and attractive and well-dressed, but we must not appear overly uptight and prudish. We must be young, and if we cannot be young, we must look young. We must wear makeup, but not whorish, garish makeup. And even then, we look at Dr. Ford and—wait.

She is all of these things. She is doing everything right.

Sometimes, it doesn’t matter how credible you are. You won’t be believed if the thing you have to say is unpleasant enough for the audience. We know this too.

Lo Blacklock, the young and attractive reporter in The Woman in Cabin 10, does everything right, but she has one fatal flaw: she suffers from clinical depression. This isn’t a condition that commonly presents with hallucinations as part of its pathology, but it provides the men around her the excuse they need to discount everything she says. She’s not of sound mind, after all. She’s the hysterical woman.

In Baby Teeth, Suzette has all but bloodied her hands trying to turn her psychopathic daughter into a “normal” child. She spends the most time with her daughter, and she seems in a position to know her child best. But again, that which she has to say is so unpalatable that of course she cannot be believed.

These books are women talking to each other. They’re women authors saying to women readers, “I see you,” and also, “Me too.”

A cisgender male reader might wonder why disbelief fits so elegantly into a space devoted to fear. What is so scary about not being believed? Is it the humiliation? The degradation? Having to confront all the things wrong with you that make you unbelievable?

Think about home invasion. It’s not murder, but it carries the threat of murder because, once someone is in your home, they can do anything to you. It’s the same thing with disbelief. Once your credibility is destroyed, you’re at their mercy. And remember— 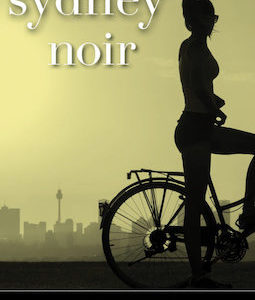 I think he’s a detective until the night he gets his dick out. He’s been hanging around this block of flats all week....
© LitHub
Back to top