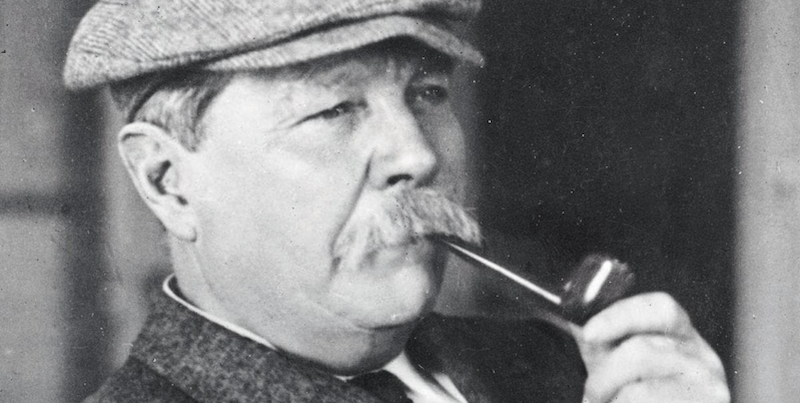 In my travels, I’ve encountered lots of different takes on what to call good ol’ Arthur Conan Doyle, the nineteenth-century doctor, prolific writer, and the creator of Sherlock Holmes. Briefly, I’d just like to set the record straight.

Many have wondered whether his surname is “Doyle” or “Conan Doyle.” Is “Conan” a middle name, or part of his last name? Good question! The answer is BOTH, which is terribly confusing.

“Conan” was technically his middle-name, with “Doyle” as his surname. His baptism records at the register of St. Mary’s Cathedral in Edinburgh lists his Christian names as “Arthur Ignatius Conan.” “Doyle” is listed as his last name. However, it seems that he had used those two names to fashion a compound last name; Steven Doyle, publisher of The Baker Street Journal, notes that “Conan was Arthur’s middle name. Shortly after he graduated from high school he began using Conan as a sort of surname. But technically his last name is simply ‘Doyle’.” His son Adrian wrote a memoir in 1946 about his father, in which he refers to his last name AS “Conan Doyle.”

However, when he was knighted by King Edward VII in 1902, he was officially honored under the last name “Doyle,” not “Conan Doyle.” He already had an M.D., having graduated in 1885, after having received his Bachelor’s of Medicine and Master’s of Surgery in 1880. So, he had the title of “Doctor,” but when he was honored with the basic rank of “Knight Bachelor,” his title was changed to “Sir.”

But then in 1903, he was knighted again! After serving as the Deputy-Lieutenant of Surrey, he was given the honor Knight of Grace of the Order of the Hospital of Saint John of Jerusalem in 1903. Which means his name became Sir Arthur Conan Doyle, KStJ DL. (With his prior knighthood, he would not have had any post-nominal initials after his name, since he was awarded a knighthood without being appointed to a chivalric order, which he was the second time.)

So, what do you call him? The Library of Congress and the British library denote his last name as “Doyle.” His descendants have taken the name “Conan Doyle.” Which do you pick? Personally, I’m inclined to refer to him as “Conan Doyle,” since that seems to have been his aesthetic preference, but… hey, if you pick something else, just keep it consistent.

I Owe You My Childishness: An Author's Defense of Escapism, Fun, and Generally Licentious Behavior in Thrillers 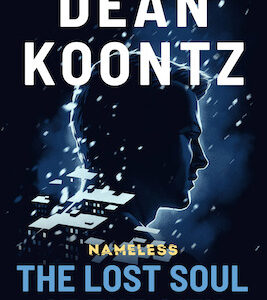 Nameless: Season Two will be available free to Prime members, as well as Kindle Unlimited subscribers on June 10, but you can read...
© LitHub
Back to top