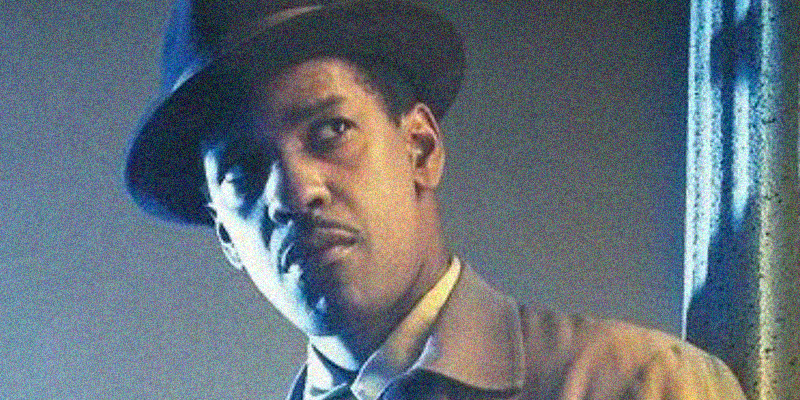 "I had to acknowledge that diverse characters, in whatever genre, straddle a fence. One side of the fence represents who they are, the other represents how society sees and accepts them."

We all know the PI. You need only rattle off the names—Spade, Hammer, Marlowe, Archer—to conjure the picture. Tough, swaggering, fast-talking, busted nose, cigs, that Webley–Fosbery revolver.

They’re Bogie-like, usually, men sure of themselves and sure of their place in the world. They stand firmly at the top of society’s pecking order, even though they ply their shadowy trade by night, solo, down near the docks or in a dive bar, soaked in gin and regret.

But, thankfully, the world has grown a li’l bit since Hammett set Spade off in pursuit of “the bird.” The PI has grown up, too, broadened a bit. He, or she, is not as solitary, a lot of the gumshoeing is done from the comfort of their swivel chair, the gin is artisanal, not every last one of them by default looks like Bogie or Dick Powell.

More writers of color are writing PIs of color, which might explain the broadening. These non-Marlowes feel deeper, rounded, they’re often more complex than their Coolidge-era counterparts. And when these characters hit the page, they’re hitting it hard, bringing their communities, their identities, their unique perspectives on the world right along with them.

Here are the tropes for the classic PI. He’s an outsider scarred by life. He has his own code of ethics, often questionable. He doesn’t play well with others and wears sardonicism like a cheap suit. This guy fights the good fight, but he’s not above fighting it dirty. He defends the damsel in distress, thinking she’s Penelope Pitstop when she’s really Ursula, the sea witch. He’s a little thick, this PI, but he’s not dumb.

I was instantly drawn to the genre, I think, by the sheer stubbornness of all those slippery tecs. You were never quite 100 percent sure if they were good guys or bad ones, but I liked their tenacity, their bullheadedness. You could beat the stuffing out of a PI on Monday and Tuesday, and he’d be back bright and early Wednesday with a brace on his nose, talking smack, like he just KO’d Joe Louis.

When I sat down to write my PI, Cassandra Raines, I borrowed some of those tropes. She’s a bit of loner who doesn’t play well with others. She has her scars and flaws, which have been exciting to poke at as the series has progressed. She is headstrong, relentless, unapologetic, an outsider who thumbs her nose at authority, like a good PI should. I stopped short of the busted nose (I cringe just thinking about it). But when I made her Black and female, I was also acutely aware that I had firmly locked her into a specific worldview and had rooted her in a rich community. I knew that she would come to the page much differently than Spade came to Hammett’s. She would have to be an outsider by virtue of her profession but also by virtue of her sex and race. She was a woman in a man’s world, a Black woman in a society that looked at her as “other” everywhere but where she came from, regardless of how competent or intelligent I made her.

As a reader I can certainly put myself in Spade’s shoes, or Archer’s, and go along for the ride, but I know those shoes weren’t meant for me. My realm and theirs were worlds apart. So, as a writer, I created a PI that looked like me, who shared some of my experiences. I planted her in a community with the kind of people I was familiar with and gave her a place to live that looked and felt and sounded like the one I knew. Marlowe was great as far as Marlowe went, but I wanted my PI to “represent.”

Here’s where it got tough. What did that mean? What would representation even look like on the page? I didn’t want her to move through my book world having her race be the most defining thing about her. Who leaves their house every morning with a bullhorn and a proclamation on their lips? But her race isn’t an insignificant thing either. Could I tip a hat to the old PI, acknowledge the archetype, and then re-shape it so that it made sense for Cass?

I could make her capable, hard-driving, indefatigable. I could make her snarky like Spade, but I had to acknowledge that diverse characters, in whatever genre, straddle a fence. One side of the fence represents who they are, the other represents how society sees and accepts them. Cass has a foot planted firmly on each side of that fence. She’s a Black woman in 2021 up to her neck in “isms.” In contrast, Spade traveled around in a society that worked for him, one that was set up to work just that way. Things work differently down Cass’s way.

Justice, in principle, in execution, looks different to Cass than it does for Archer or Marlowe. Right and wrong might not be so black and white. Cass would understand the backstory on issues like grinding poverty, mass incarceration, the role of policing in black and brown communities, rampant homelessness, the ravages of drug addiction and the damage all these things cause to families and the home place, because she’s there where all this plays out, she’s in it. I can’t see any of those other fellas giving any of that all that much thought.

Where Cass comes from, Marlowe would be “other.” Marlowe may walk Cass’s streets, but he cannot know them like she knows them. The reverse is also true. But the fact that we now have stories about Cass’s streets and not just Marlowe’s is the change. A reader can now see things through a different set of human eyes. This change in perspective, in the way Cass thinks, based on who she is and what she knows, colors how she deals with the people she encounters. A junkie may be just a junkie to Marlowe; Cass may not think of addiction as a personal failing. Understanding goes a long way toward humanizing a character.

I didn’t invent this wheel. Writers of color have been writing PIs of color for decades. Take Rudolph Fisher’s “The Conjure-Man Dies” (1932), credited with being the first detective novel by an African-American author, or Chester Himes’s Harlem cycle of the ‘50s and ‘60s. Today, we have Walter Mosley’s Easy Rawlins and Gary Phillips’s Ivan Monk, Steph Cha’s Juniper Song, Rachel Howzell Hall’s Grayson Sykes, Cheryl Head’s Charlie Mack, Delia Pitts’ SJ Rook, Stephen Mack Jones’ August Snow. Black, biracial, Korean-American, male, female, straight, gay, each character is firmly planted someplace. Through their eyes we see a Detroit, Harlem, Los Angeles not many see and meet people we might never otherwise meet. No one knows these places, these people, better than the writers who write about them.

That knowledge, that familiar base, is important. Mosley’s Easy Rawlins comes out of the Watts area of L.A. Easy knows Watts better than Spade would know it. Alex Segura’s Cuban-American detective Pete Fernandez has Miami covered. Marlowe couldn’t know Miami as well as Pete knows it if he crammed for a thousand years. Spade would be lost in Cass’s Chicago, too, and I’m sure that if she encountered him there, she’d do all she could to ditch him in an alley. Who wants a swaggering Bogie-type trailing behind her? He’d stick out like a sore thumb!

In the end, I decided Cass didn’t have to represent, all she has to do was be. She lives on the page like most of us live off of it, matter-of-factly, eschewing the soapbox, the waving banners, quietly getting the job done. The story, like the play, is the thing (to paraphrase a line from Hamlet), and as I write her, I pair her toughness with empathy and her intelligence with compassion. The fence is not going anywhere, not for her, not for the other PIs, not for the rest of us out here in the real world. But there’s drama gold in the way she and all the non-Marlowes straddle it, and my job is to tell the truth about it.

So, the PI, yes, but not the old PI. Make fair use of the classic tropes? Why not? Who doesn’t like a good double-cross? But there’s a whole new world out there full of non-Marlowes now. Why not follow them home and see what they’re about? 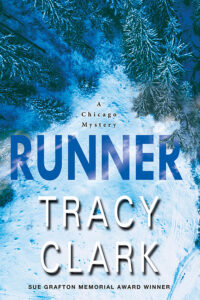 Tracy Clark is the author of HIDE: Detective Harriet Foster, Book 1 (January 1, 2023; Thomas & Mercer)—as well as four novels in the Cassandra Raines series. She is the 2022 and 2019 winner of the Sue Grafton Memorial Award, an Anthony and Lefty Award finalist, and her books have earned starred reviews and been shortlisted for the American Library Association's RUSA Reading List, named a CrimeReads Best New PI Book of 2018, a Midwest Connections Pick, and a Library Journal Best Books of the Year selection. She is a board member-at-large of Sisters in Crime, Chicagoland, a member of International Thriller Writers, and a Mystery Writers of America Midwest board member. You can visit Tracy online at tracyclarkbooks.com 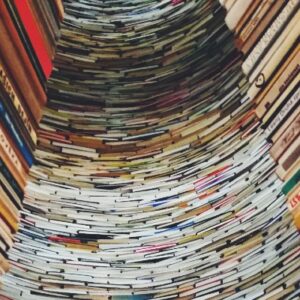 When I asked suspense author Chris Pavone recently if there were any mysteries or thrillers he’d ever felt compelled to read...
© LitHub
Back to top