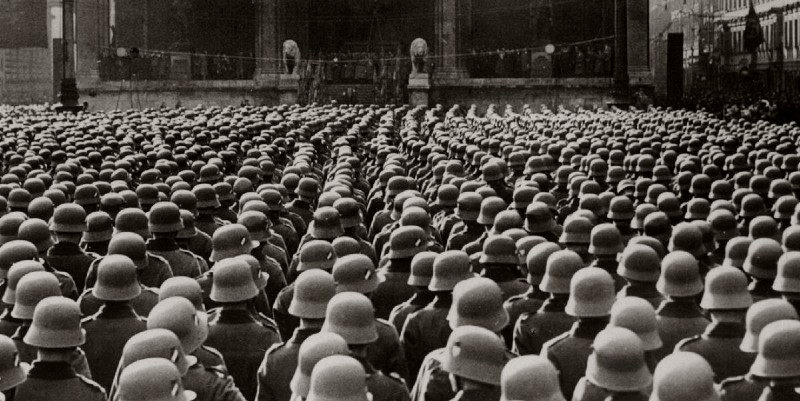 Stories about cops and detectives working within authoritarian systems have always had a complex appeal. For one author, those stories now seem closer to home.

VIA LITTLE BROWN AND CO. (UK)

I first discovered Philip Kerr’s excellent Bernie Gunther series seven years ago. The experience of walking the streets of Nazi-era Berlin to watch Kerr’s good-hearted detective solve a murder mystery while trying to stay true to his moral compass in that snake pit felt exhilarating, challenging, and strange.

Reading another of Kerr’s Gunther novels this year, shortly after the Jan. 6 insurrection and an election in which democracy itself seemed at stake, felt altogether more chilling.

I’ve long been a fan of the sliver of crime fiction that I’ve dubbed totalitarian noir: stories of cops and detectives who try to ply their difficult trade while living within the suffocating grip of an authoritarian system. The first example of this genre-within-a-genre I know of was Martin Cruz Smith’s Gorky Park (1981), about Moscow homicide detective Arkady Renko, who was tasked with solving a murder while trying to stay in the good graces of his deeply corrupt Soviet boss and even more corrupt system. Since then I’ve also walked the streets of Castro’s Havana thanks to Leonardo Padura’s Mario Conde series, an unnamed Warsaw Pact country in Olen Steinhauer’s Cold War cycle, Calcutta during the late Raj era with Abir Mukerherjee’s Wyndham and Banerjee novels, and Franco’s Spain thanks to Carlos Ruiz Zafon’s genre-bending Cemetery of Forgotten Books tetralogy, among others.

Why do I find these stories so fascinating?

Partly it’s the way fiction opens up new worlds, making these historical moments feel so much more vivid by showing us how regular people went about their daily lives under the thumb of dictators, how they navigated the dangers that lay all around them. The neighbors who could turn informant at any time, the family members who became true believers, the friends who suddenly disappeared after daring to speak out. People have lived in horrific regimes, yet they still had to find a way to go to work in the morning, fall in love, raise children, save for the future, while somehow not completely breaking down mentally and emotionally. That so many millions of people endured this during the 20th Century makes it no less remarkable.

That more are doing so now, with rising authoritarianism around the globe, is downright terrifying.

As a writer, I’m drawn to the moral dilemmas of people who try to do the right thing in impossible situations. Crime novels, especially on the hard-boiled side of the street, have long placed their protagonists in corrupt police departments or beneath dirty politicians (“Forget it, Jake—it’s Chinatown”). But in a country that’s gone full totalitarian, a novelist gets to juxtapose the everyday, individual-level crime—the murders, extortion, and heists that fuel crime fiction—against the larger-scale societal violence that dictatorships impose on every soul in their nation. These novels dramatize the way the political becomes personal, how corruption poisons every relationship, fear colors every decision and hate shadows every heart.

Maybe I’ve also been drawn to these stories because they initially felt so foreign to me, a white male American who came of age in the ‘80s and ‘90s. To grow up in America as a white guy in this time is to have always felt a strong degree of security that, even when candidates I loathe win elections, and even when policies I abhor are enacted, I could still feel reasonably secure that my most essential freedoms wouldn’t be stripped away.

That’s no longer the case. The dark undertones of these stories feel much less foreign than they used to.

Nearly a decade ago, I started writing and researching the book that turned into Darktown, which is set in Atlanta in 1948, when the city hired its first eight African-American police officers but imposed vast restrictions on how they could operate. As I plotted the story, I realized it could be the start of a series of Atlanta crime stories in the years right before and during the Civil Rights Movement. I saw these books as my own contribution to totalitarian noir, only I didn’t need to travel in my imagination to Soviet Russia or Cuba or Romania—I could do it right where I live. The Jim Crow South was a totalitarian nation if you were African-American: your right to vote, assemble, choose where to spend your money, whom to marry,  where to live, and so much else was proscribed by law and held in check by violence. And even though legal segregation ended, there have been no Truth and Reconciliation Committees or reparations, and the legacy of slavery lives on through institutional racism in everything from real estate codes to financial practices, through ingrained biases, and through ongoing violence against Blacks.

By writing crime stories involving both Black and white characters, I wanted to show how Jim Crow affected every relationship and perverted the promise of America. Hopefully, by telling stories that traced the changing South in that pivotal moment in history, I could celebrate the heroism of people who endured injustice while pushing for a better world. I could interrogate the persistence of racism then and now, showing the deep echoes the Civil Rights era still had when I started my project, during President Obama’s first term, a time when some people spoke optimistically about a post-racial America but others couldn’t help noticing the deeply racial reactions to nearly everything Obama did or said, the rising drumbeat of hate, the recurring storylines of a past that wasn’t past.

Darktown was published two months before the Trump-Clinton election, when our national politics felt more combustible than some of us had imagined possible. A Presidential candidate was talking about roughing up demonstrators, encouraging violence against the press, and saying his opponent should be jailed. His rallies seemed altogether too familiar to the sorts of scenes Bernie Gunther would have seen in the 1930s. The backlash to the perceived progress of having a Black President was real and was weaponized. And things only got worse from there, with rising hate crimes, with actual Nazi brownshirts in Charlottesville and so many other places, with skyrocketing numbers of Americans believing in conspiracy theories and telling pollsters they approve of political violence, and with an armed insurrection at the U.S Capitol.

I know I’m not the only novelist who has written a complex conspiracy or a scene of dark political violence and then thought to myself, Is this too much? Am I jumping the shark?, only to watch current events eclipse my imagination and realize that, no, I am not a motorcycle-riding Fonzie launching above the pool in a creative stretch for suspense; I’m right there in the pool with the shark, we all are.

Why do we find crime fiction so fascinating? Why do we enjoy these stories that address the darkest, most awful scenarios, the ones we hope never to face in real life? I never want to face a murderer, but I read about them all the time. We crime writers imagine the worst situations, the terrible losses and awful trials, and readers willingly come along because we find it thrilling, illuminating, powerful. We wouldn’t want to be one of our characters, whom we put through the wringer, but we love the vicarious thrill.

The odd thing about these last few years is that it feels like our entire country’s been put through the wringer. Totalitarian noir doesn’t feel so vicarious anymore.

Which brings me back to Philip Kerr, whom we lost far too soon in 2018. I’ve been trying to stretch out his books so I don’t finish his oeuvre too quickly, while at the same time I haven’t been able to go more than a few months without picking up another. I recently read A Quiet Flame (2009), which tells a story through two timelines, one in 1950s Buenos Aires (Kerr could always be trusted to find another totalitarian regime as a setting) and the other in early ‘30s Berlin, shortly before the Nazis took power. Those earlier scenes are the ones that haunt me the most. A young Bernie Gunther is partnered with a cop who’s an avid Nazi, and they banter with increasing hostility about fascism and communism and democracy, about whether Hitler is a genius or a buffoon, about whether the country’s ills are due to a collapsing economy or the Jews or both, about how the myths of Germany’s armistice betrayal supplied a Big Lie for Nazis to rally around.

Of course, we live in a time of totalitarian hyperbole, when conservatives call public health workers “needle Nazis” for encouraging vaccines, a decade after calling Obamacare a gateway drug to socialism. Maybe we Americans are too quick to accuse our political opponents of being closet communists or secret fascists. We fear crime, sure, but we fear the other side taking away our rights even more.

Because the sharks are still out there.

My third book in the series, Midnight Atlanta, shows a very different Atlanta than the first, as it’s set not in 1948 but 1956, when what will later be called the Civil Rights Movement is taking shape, galvanizing people on both sides. And the book is being published in what feels like a very different America than when the first book came out. As the characters fight their way through uncertain times, trying to do the right thing in a moment of shifting lines and bitter conflict, their struggles feel more immediate to me than ever. And though I wish such conflict felt wrapped in a sepia haze and not so true to today’s world, and I wish things like demagogues and right-wing militias and hate crimes felt like historical oddities and not stories from today’s paper, at the same time I hope we can draw some comfort from the fact that today’s struggles are part of a long history, and our forebears have faced demons just as dark as the ones we face today. And though there have been moments when I’ve worried that fiction felt irrelevant in our rapidly changing times, I still believe a good story can be one of the best ways to inspire our better angels, to connect us to our shared humanity, to imagine a better world and push it a little closer into being. 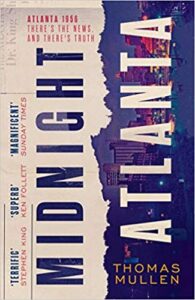 Thomas Mullen is the internationally bestselling author of five previous novels, including Darktown, which was shortlisted for the Los Angeles TimesBook Prize and nominated for two CWA Dagger awards, and Lightning Men, which was named one of the Top Ten Crime Novels of 2017 by The New York Times. His debut, The Last Town on Earth, was named Best Debut Novel of 2006 by USA Todayand was awarded the James Fenimore Cooper Prize for excellence in historical fiction. He lives near Atlanta, GA, with his wife and sons.

The Best Psychological Thrillers, According to a Clinical Psychologist 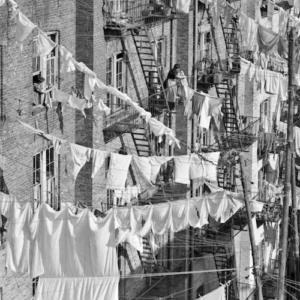 "I don't know what London's coming to — the higher the buildings the lower the morals." ― Noël Coward   Noel...
© LitHub
Back to top