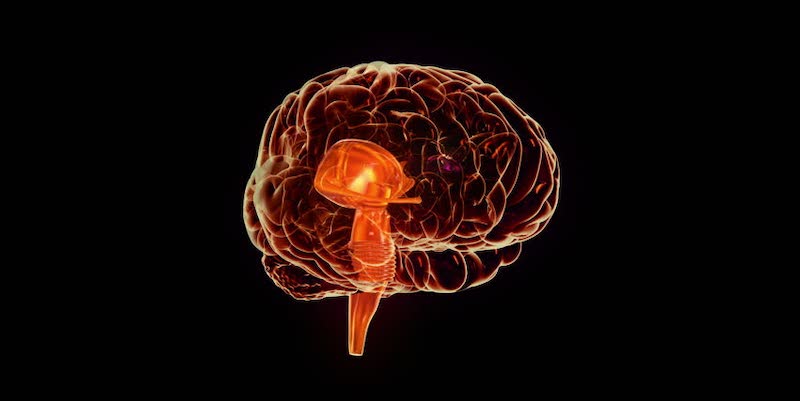 Why We Fear Anxiety in Real Life, But Relish It In Our Fiction

Suspense is an uncomfortable pleasure. Effective mysteries and thrillers keep readers grinning and squirming at the same time. As a writer, I hope to create tension. As a psychologist, I’m puzzled by why people want to feel it.

Most people experience a mental health issue at some point in their life. In my clinical practice, part of my job is to respectfully offer help. I work from a position of empathy and humility. Of course, when I write fiction, I want to employ conflict and struggle to create a compelling story. In this article, I refer to suspense as the feelings created by uncertainty in a narrative, combined with a sense that characters are in danger and the stakes are high. At the same time, the cognitive aspects of suspense—the guessing and wondering and problem-solving—should be acknowledged for creating those anxious, but sometimes oddly pleasurable feelings. The relationship between thinking and feeling is at the core of most modern psychotherapies (Cognitive-Behavioral and Dialectical-Behavioral Therapy, most notably). Thoughts conjure, and process, emotion.

The mind seems to want to worry. Ask anyone who has ever tried meditation: staying in the present moment is very, very difficult. Theories abound about why thoughts wander toward negative outcomes, or into examining situations that will probably never happen.

Anxiety is really about death. There is nothing larger to fear. A slip attributed to one of Freud’s patients is often told as a joke: “If one of us dies before the other, I think I’ll move to Paris.” To fear death is to fear nothingness. Our neuroses (we all have them) can be viewed as complicated defenses against our fear of dying. To cope with this existential anxiety, it is preferable to fear something—or somethings—over nothing. Psychopathology happens when our defenses fail us and we are confronted with an overload of reality.

From an evolutionary biology perspective, neglecting a liability can have severe consequences. Worry is self-protective—no one wants to be caught off guard. We would rather be prepared for trouble than blindsided by an event we’d never considered—even if rationally we understand that event is unlikely. I often encourage patients to stay grounded where they are rather than “time travel” into the future. Life contains so many variables that the future is vastly unpredictable.

Anxiety is really about death. There is nothing larger to fear.

In fictional suspense, the rules seem different. The same factors people detest in their day to day lives: time pressure, high stakes, physical danger, potentially catastrophic outcomes—keep people glued to a story. Readers can’t help but be drawn in by wondering what will happen. Even if the genre’s conventions are manipulations, most readers will admit that they want to be manipulated to an extent. To go a step further: If mystery writers skip those tension-raising conventions, some readers become frustrated and stop reading.

So, if anxiety is uncomfortable, where is the pleasure in suspense coming from?

“If the story gets too intense, I can put the book down.”

Why do people enjoy stories in the first place? Fiction gives us a vicarious experience that allows us to consider the conflicts and themes in our own lives. Play is the opposite of depression, and by engaging our imaginations, stories give our mind space to play. Adult minds seem to consider fewer and fewer possibilities, perhaps to avoid wasting time in decision-making. When possibilities seem few, creativity has failed. The only way forward seems like a demotion.

Depression is loss. It offers a profound sense of discouragement.

Play is invention. It is an instinct. Adults often forget this, but kids don’t need to be reminded. If adults can be reassured that it is safe (no social consequences of embarrassment), if they are able to push through the resistance of self-consciousness, they will often jump at the chance to play in one form or another. We want to engage our imaginations, sometimes by creating narratives (even inventing our own characters), and acting them out. The narratives can be elaborate or very simple and illustrate basic human interpersonal themes of safety vs. danger, trust vs. suspicion, friend vs. adversary.

One of the safest forms of play is following a story. In mystery and suspense, the stakes are just high enough that the narrative feels engaging but not intolerable. Any one feeling can be difficult to sustain for a long period of time—grief, anger, even pleasure—can be tough to withstand. Suspenseful narratives offer readers less intense experiences of these emotions.

One friend told me, “I suffer from anxiety and mysteries offer an escape. I’m drawn to reading suspense almost exclusively. It’s a different kind of anxiety that’s easier to experience—it’s contained and manageable.”

For instance, the experience of discovering a kidnapped child would incite panic in most people, but in Taylor Adams’s No Exit the reader gets to observe from a safe distance—experiencing the feeling indirectly, by proxy.

2.   The mind wants to complete narratives.

In suspense, the readers become the writer, in a way, restlessly imagining how the story will unfold. We can’t help ourselves—the mind craves a complete narrative and struggles with unresolved threads. Have you ever woken up from a bad dream with the desire to return to it, if only for a few minutes, to complete the story in more satisfyingly?

Mystery writers want narratives that are incomplete enough that their readers keep turning pages. We want to create a compulsive read-ability that has its own velocity—books our readers don’t want to put down, and can’t wait to get back to.

All The Missing Girls, by Megan Miranda, is told in reverse, accentuating this dynamic. A reader can’t help but wonder, “where is this headed?” This curiosity is propulsive, driving us forward (or, in this case, backward).

3.   It provides a neurochemical rush.

“I think, oh my God, what will happen next?”

Suspense activates the amygdala and adrenal glands. That activation creates a rush—but a contained one. Pursuit is where the pleasure is. Anticipation is the rush. How is reading suspense different from running from a predator or watching a James Bond film? Neurologically, it isn’t. The reaction might be less severe, and the cognitive content different, but the cerebral activation sequence and neural pathways are exactly the same. The reader essentially micro-doses themselves with the same neurotransmitters that would be activated if an actual emergency was happening. And once the amygdala (an almond-shaped part of the brain, critical to the para-sympathetic nervous system) reacts, it takes some time for the person (the reader, the person being attacked, etc.) to return to a baseline level of calm.

Sarah Pinborough’s Behind Her Eyes creates a feeling that an enormous twist is coming, almost teasingly so, through the entire narrative. Giving nothing away: while much has been said about the twist itself, much pleasure comes from the compulsive guessing leading up to it.

“I sometimes feel like I could do better than the characters did.”

Figuring out the ending gives a sense of competence. Some readers even say they feel a sense of superiority in knowing they could figure out how to solve the mystery when the characters could not.

A friend of mine mentioned having this feeling while reading The Woman in Cabin 10, by Ruth Ware. He said, “I knew that if I was there, if I were her, I would be able to figure it all out. I would have added up the clues faster, and escaped.”

The nature of anxiety is uncertainty. You probably know someone who can’t stand suspense—who would have to skip to the last chapter of a mystery novel to uncover the ending. The desire to hurry to the end is relatable, even if we have the self-restraint to endure the suspense. We find ourselves squirming, checking the time, and telling ourselves to read just a little more. 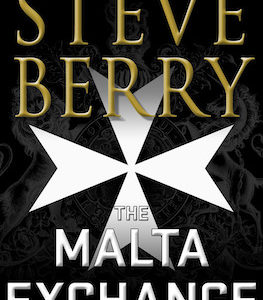 Cotton hopped from the helicopter. They’d landed right in the middle of the Stadio di Marmi, the Stadium of Marble, on a carpet...
© LitHub
Back to top