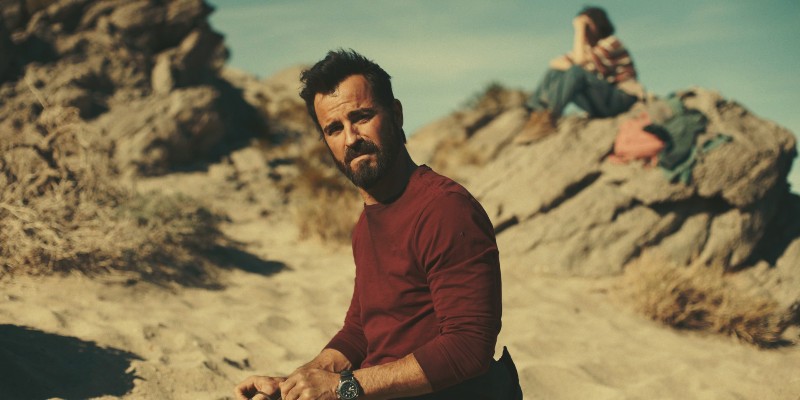 The new Apple TV+ series takes on American exceptionalism but delivers it with a stylish story about a family pursued.

In a scene from the Apple TV+ series The Mosquito Coast, the mysterious American fugitive Allie Fox (Justin Theroux) is held at gunpoint. His assailant is a Mexican coyote named Chuy (Scotty Tovar), who in a previous episode ironically smuggled Fox and his family from the U.S. into Mexico. “You want to run away from America, but you’ll never be able to,” Chuy admonishes Fox, adding, “Because of the way you are. The way you think you can buy people; the way you think you can buy anything you want. You are America, asshole, and you’ll never get away from it.”

The moment strikes at the heart of the series’ themes of American entitlement and hubris, which are also key aspects of its source material and previous film adaptation: Paul Theroux’s 1981 novel of the same name, and the more faithful 1986 film starring Harrison Ford. The series’ casting of Justin Theroux, the nephew of the book’s author, is especially intriguing because the Allie Fox character was based on various members of the Theroux family.

Despite the many plot and genre differences between the three versions, The Mosquito Coast narrative remains relevant because it recasts aspects of Joseph Conrad’s Heart of Darkness (1899) as a critique of the American ideology of rugged individualism. Like how Conrad’s Marlow sails upriver to find the mad trading post manager Kurtz, Theroux’s Allie sails upriver with good intentions and inadvertently becomes a Kurtz-like figure, but in the American mold.

Paul Theroux is best known for his travel memoirs, such as The Great Railway Bazaar (1975), but he is also a prolific novelist. In The Mosquito Coast, his twelfth novel, Allie Fox is a paranoid, iconoclastic inventor, disillusioned with American materialism, who brings his family to the Mosquito Coast of Honduras, a sparsely populated jungle region, to build an utopian society from scratch. Paul Theroux modeled Allie Fox principally on his father Albert (Justin Theroux’s grandfather), a thrifty personality who was known to take his children to the dump to scavenge for parts.

The novel, told through the eyes of Allie’s son, Charlie, charts the growing madness of Allie’s character, a cross between Robinson Crusoe, John Winthrop, Kurtz, and the unhinged conquistador Aguirre from Werner Herzog’s historical epic film, Aguirre, the Wrath of God (1972). Allie’s genius as an inventor and idealist is contrasted by his willingness to tell lies and believe them as reality, reminiscent of some modern American politicians. In an even more troubling plot point, Fox virtually enslaves the local inhabitants of Jeronimo, a town he “purchases” from a German businessman and even begins to view himself as a god.

The 1986 film adaptation, directed by Peter Weir from a screenplay by Paul Schrader, featured an impressive cast: Harrison Ford as Fox, Helen Mirren as his (unnamed) wife, with River Phoenix as the narrating son. Ford was so good at playing the insufferable Allie that Roger Ebert said of the film, “It is a brilliant performance—so effective, indeed, that we can hardly stand to spend two hours in the company of this consummate jerk.”

Though the film opened to mixed reviews and bombed at the box office, Ford later defended the film in a 1992 interview in Entertainment Weekly. “It may have more properly been a literary rather than a cinematic exercise,” Ford said. “But I think it’s full of powerful emotions.”

The 2021 Apple TV+ series wisely tones down the character of Allie, and reimagines him as an Edward Snowden-type, a supposed former NSA agent who went rogue and took along his hardened wife, Margot (Melissa George) as well as their two children, skeptical daughter Dina (Logan Polish) and loyal, naïve Charlie (Gabriel Bateman). Essentially, the series is a Hitchcockian chase show, as the family runs across Mexico, fleeing both U.S. operatives and a Mexican cartel. Taut set-pieces and episodic obstacles channel the pace of North by Northwest, except this time in the opposite cardinal directions.

Despite the fundamental change in the genre of the story from colonialist adventure to international crime thriller, the DNA of the original novel remains. In all three versions, Allie builds an ice machine, takes his son to the landfill, rails against American hypocrisy, and constantly tries to convince his family that he can fix every problem thrown their way.

In comparing the different versions, Paul Theroux said in a promotional video, “In the book, Allie Fox is driving himself. The Allie Fox of the series—he’s a man pursued. It’s the same spirit with a different setting.”

To showrunner Neil Cross, Allie Fox is meant to resemble the personification of the American dream itself. “Allie exemplifies an element of the American dream wherein that hurricane of optimism and forward movement becomes a kind of blindness,” Cross said in a post-episode featurette. In the same video, Justin Theroux added, “He’s got this very American pioneer spirit of, we’re just going to set off and find our Shangri-La elsewhere.”

Allie’s confrontation with the coyote Chuy embodies the show’s critique of the American “pioneer spirit.” Whereas other adventure or international crime stories support or prop up the ideology of American exceptionalism (as in Raiders of the Lost Ark or the Jack Ryan franchise), The Mosquito Coast is a dark and critical exploration of the American dream, investigating the obsession and self-righteousness that must have been inherent in many of the white American colonists who built the United States at the direct expense of North America’s indigenous population and the Africans enslaved to support the American project. It’s that “pioneer spirit” of entitlement and arrogance that the delusional Fox embodies across each iteration of The Mosquito Coast.

In the same way that Heart of Darkness simultaneously critiqued European colonization while dehumanizing native Africans, Theroux’s book and the Weir film suffer from Allie Fox’s constant referral to native Hondurans as “savages.” However, the Fox character believes in a bygone ideology of American exceptionalism, and it’s this attitude the book consistently interrogates.

Ironically, the latest version of The Mosquito Coast makes this critique while setting the show in a Mexico still paralyzed by cartel violence, an aspect that, while still relevant to today’s geopolitical context, has already been explored repeatedly in films such as Traffic (2000), Sicario (2015), and the Narcos: Mexico Netflix series (2018–2020). In a further paradox, the Apple series’ opulent cinematography allows the viewer to revel in the Mexican landscape as a tourist while occasionally considering the impact of that shallow form of engagement.

But The Mosquito Coast, in all its iterations, is important because it was one of the first stories in this tradition to make the Kurtz archetype American. By the final act of Theroux’s novel and the Ford film, Allie Fox is fevered and dying on a raft going downstream, just like Kurtz or Aguirre in the Herzog film.

“Nature’s crooked; I wanted right angles, straight lines,” Allie Fox says in the film. “You cut yourself opening a can of tuna and you die.”

With that damning line on the fragility of the American experiment, The Mosquito Coast turns the critical gaze back at the United States and its defining myth of rugged individualism. For that reason, the narrative remains as relevant as it was in 1981—though it may be easier to swallow such a pointed message in the form of a globetrotting thriller.

Harrison Blackman earned his MFA from the University of Nevada, Reno and graduated from Princeton University. A Fulbright Scholar, his writing has appeared in such publications as The Oxford Climate Review, The Brooklyn Rail, and The Santa Fe New Mexican; he also consults on film and TV projects. 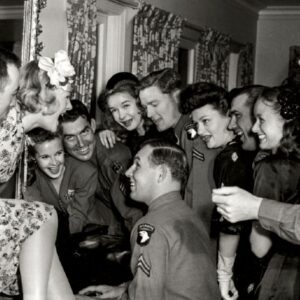 “Democracy! That’s what it means, Slim! Everybody equal. Like tonight! All them big shots, listening to little shots...
© LitHub
Back to top