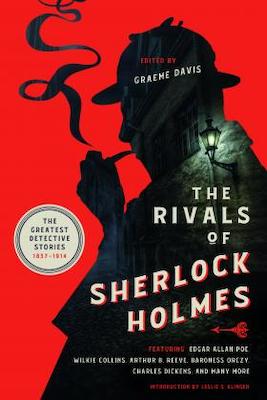 The following is an exclusive excerpt from “The Superfluous Finger,” a story by Jacques Futrelle in a new collection called The Rivals of Sherlock Holmes, comprised of 17 classic mystery stories which predate Sherlock Holmes and collectively chronicle the genesis of detective fiction as we know it.

She drew off her left glove, a delicate, crinkled suede affair, and offered her bare hand to the surgeon. An artist would have called it beautiful, perfect, even; the surgeon, professionally enough, set it down as an excellent structural specimen. From the polished pink nails of the tapering fingers to the firm, well moulded wrist, it was distinctly the hand of a woman of ease—one that had never known labour, a pampered hand Dr. Prescott told himself.

“The fore-finger,” she explained calmly. “I should like to have it amputated at the first joint, please.”

“Amputated?” gasped Dr. Prescott. He stared into the pretty face of his caller. It was flushed softly, and the red lips were parted in a slight smile. It seemed quite an ordinary affair to her. The surgeon bent over the hand with quick interest. “Amputated!” he repeated.

“I came to you,” she went on with a nod, “because I have been informed that you are one of the most skilful men of your profession, and the cost of the operation is quite immaterial.”

Dr. Prescott pressed the pink nail of the fore-finger then permitted the blood to rush back into it. Several times he did this, then he turned the hand over and scrutinized it closely inside from the delicately lined palm to the tips of the fingers. When he looked up at last there was an expression of frank bewilderment on his face.

“What’s the matter with it?” he asked.

“Nothing,” the woman replied pleasantly. “I merely want it off from the first joint.”

The surgeon leaned back in his chair with a frown of perplexity on his brow, and his visitor was subjected to a sharp, professional stare. She bore it unflinchingly and even smiled a little at his obvious perturbation.

“Why do you want it off?” he demanded.

The woman shrugged her shoulders a little impatiently.

“I can’t tell you that,” she replied. “It really is not necessary that you should know. You are a surgeon, I want an operation performed. That is all.”

There was a long pause; the mutual stare didn’t waver.

“You must understand, Miss—Miss—er—” began Dr. Prescott at last. “By the way, you have not introduced yourself?” She was silent. “May I ask your name?”

“My name is of no consequence,” she replied calmly. “I might, of course, give you a name, but it would not be mine, therefore any name would be superfluous.”

“When do you want the operation performed?” he inquired.

“You must understand,” he said severely, “that surgery is a profession for the relief of human suffering, not for mutilation—wilful mutilation I might say.”

“I understand that perfectly,” she said. “But where a person submits of her own desire to—to mutilation as you call it, I can see no valid objection on your part.”

“It would be criminal to remove a finger where there is no necessity for it,” continued the surgeon bluntly. “No good end could be served.”

A trace of disappointment showed in the young woman’s face, and again she shrugged her shoulders.

“The question after all,” she said finally, “is not one of ethics but is simply whether or not you will perform the operation. Would you do it for, say, a thousand dollars?”

“Not for five thousand dollars,” blurted the surgeon,

“Well, for ten thousand then?” she asked, quite casually.

“The fore-finger,” she explained calmly. “I should like to have it amputated at the first joint, please.”

All sorts of questions were pounding in Dr. Prescott’s mind. Why did a young and beautiful woman desire—why was she anxious even—to sacrifice a perfectly healthy finger? What possible purpose would it serve to mar a hand which was as nearly perfect as any he had ever seen? Was it some insane caprice? Staring deeply into her steady, quiet eyes he could only be convinced of her sanity. Then what?

“No, madam,” he said at last, vehemently, “I would not perform the operation for any sum you might mention, unless I was first convinced that the removal of that finger was absolutely necessary. That, I think, is all.”

He arose as if to end the consultation. The woman remained seated and continued thoughtful for a minute.

“As I understand it,” she said, “you would perform the operation if I could convince you that it was absolutely necessary?”

“Certainly,” he replied promptly, almost eagerly. His curiosity was aroused. “Then it would come well within the range of my professional duties.”

“Won’t you take my word that it is necessary, and that it is impossible for me to explain why?”

The woman arose and stood facing him. The disappointment had gone from her face now.

“Very well,” she remarked steadily. “You will perform the operation if it is necessary, therefore if I should shoot the finger off, perhaps—?”

“That is what I said,” she replied calmly. “If I should shoot the finger off you would consent to dress the wound? You would make any necessary amputation?”

She held up the finger under discussion and looked at it curiously. Dr. Prescott himself stared at it with a sudden new interest.

“Shoot it off?” he repeated. “Why, you must be mad to contemplate such a thing,” he exploded, and his face flushed in sheer anger. “I—I will have nothing whatever to do with the affair, madam. Good day.”

“I should have to be very careful, of course,” she mused, “but I think perhaps one shot would be sufficient, then I should come to you and demand that you dress it?”

There was a question in the tone. Dr. Prescott stared at her for a full minute then walked over and opened the door.

“In my profession, madam,” he said coldly, “there is too much possibility of doing good and relieving actual suffering for me to consider this matter or discuss it further with you. There are three persons now waiting in the ante-room who need my services. I shall be compelled to ask you to excuse me.”

“But you will dress the wound?” the woman insisted, undaunted by his forbidding tone and manner.

“I shall have nothing whatever to do with it,” declared the surgeon, positively, finally. “If you need the services of any medical man permit me to suggest that it is an alienist and not a surgeon.”

“Someone would have to dress it,” she continued insistently. “I should much prefer that it be a man of undisputed skill—you, I mean—therefore I shall call again. Good day.”

There was a rustle of silken skirts and she was gone. Dr. Prescott stood for an instant gazing after her with frank wonder and annoyance in his eyes, his attitude, then he went back and sat down at the desk. The crinkled suede glove still lay where she had left it. He examined it gingerly then with a final shake of his head dismissed the affair and turned to other things.

Excerpted from “The Superfluous Finger,” by Jacques Futrelle, copyright © 2019 by the estate of Jacques Futrelle, included in the anthology THE RIVALS OF SHERLOCK HOLMES, edited by Graeme Davis. Used with permission of Pegasus Books. 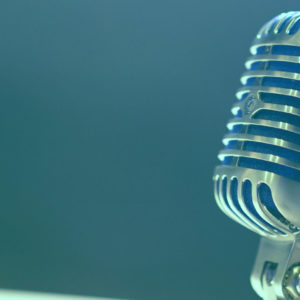 12 True Crime Podcasts to Listen to This Summer My calendar assures me that 2019 is already nearly halfway over. This just feels so unlikely—but like many things that...
© LitHub
Back to top