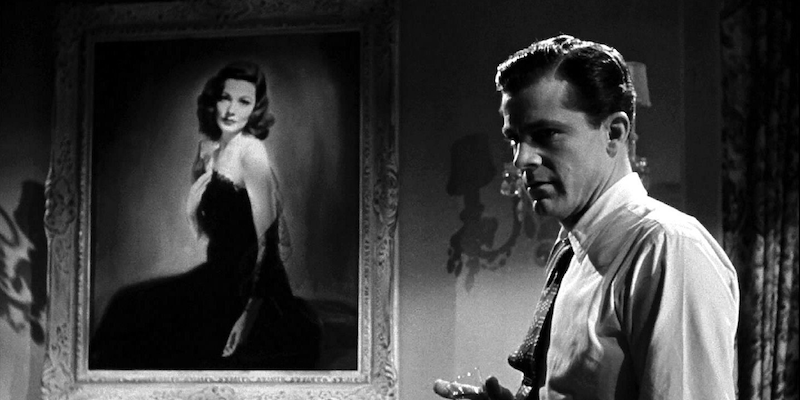 How to Write A Feminist Thriller From a Male Perspective

I write psychological thrillers. In this genre, the female experience has so often been portrayed as damaged—obsessive, delusional—that I fear readers have come to expect emotionally unstable women. In the psychological thriller genre, men are often antagonists, but rarely are they shown to be emotionally vulnerable. Given that I know as many men who can be ruled by their emotions as women, it’s curious that we don’t see more of them on the page. Surely it’s not doing either gender any favors to ignore the emotions of one and exaggerate the emotions of another?

But the entertainment industry has become fixated on this male gaze view of femininity. Film, book and tv shows rotate around darker and darker crimes committed against women. Sexy mad women fill our consciousness and stalk our air waves. The idea of the ‘crazy woman’ who either did it or deserved it has taken hold.

A few years ago, I happened to watch a Netflix documentary on Amanda Knox, the American woman accused of murdering the British student Meredith Kercher whilst they were rooming together and studying in Italy. The evidence against Amanda was flimsy, but she became a source of international media gossip when it emerged she was a young woman who enjoyed sex and partying. It was a perfect storm of a story for the tabloids, two good-looking young girls one murdered in her underwear in her bed with a large knife, the other the deranged and sexually provocative murderer. The news was filled with pictures of Meredith’s blood-stained bra and messed up bed, as well as descriptions of Amanda’s wild nights out and photographs of her kissing her boyfriend as Meredith lay dead. The headlines about her were shameful and made me realize that, as a society, we are still fearful of and disgusted by female sexuality.

The story, I think, seeped in to our collective consciousness and for a while it seemed like nothing was thrilling enough unless lots of women ended up as provocatively dead as possible. Female protagonists had to be damaged by alcohol or unmet desires, they had to have been driven mad by unrequited love or broken relationships, they had to be not just the victims but also the suspects.

Something else that struck me during the Amanda Knox trial was how little we actually heard from Amanda, but how harshly she was still judged for her reported behavior. And how this morality judgement became more important than a fair trial, which was shameful for Meredith. Women, I realized, still had to be perfect not just to succeed in life, but to be believed, even to be free.

By then the idea for Our Kind of Cruelty was really taking shape and I knew I wanted to write a book about an emotionally damaged man, driven by the delusion that he knows what his ex-lover wants better than she knows herself, but it was at this point that I began to wonder if I should give my female character a voice at all.

I knew I wanted to write a book about an emotionally damaged man, driven by the delusion that he knows what his ex-lover wants better than she knows herself.

Amanda had her day in court, but it changed nothing, it was barely even reported. It seemed to me that women aren’t listened to even when we’re given a platform to speak. And by then no one cared anyway because the media had made up our minds. How many female celebrities or co-workers, mums in the playground, women down the road, have you judged on the things you can see rather the words that come out of their mouths? It is distressingly true to say that we still see women through a male gaze and it felt like story-telling was reflecting and encouraging this too much.

I was getting the book ready to send to my agent towards the end of 2016 and I was, of course, worried about what I had written. This was in about September, just as Trump vs Clinton was ratcheting up to its final weeks. One day I heard Trump say that he could shoot a man dead in Times Square and still win. A few days later it emerged that Hillary had sent a few emails from the wrong account, then I started to hear people make sweeping judgements about her character and mental health because of the pants suits she liked to wear and one bad photograph of her looking at falling balloons. An actual tape then came out of Trump boasting about ‘grabbing pussies’ and forcing himself on women. He never denied saying this, but dismissed it as locker room banter, making out that all the guys knew what he was saying and all the women were being prissy and hysterical. And he won. Which in a way makes him right; men can get away with murder, whilst women have to be completely perfect or they’ll get what they deserve.

And all the while non-perfect women were falling by the hundreds on our screens and in the pages of our books. The beautiful slashed body, the mad woman in the proverbial attic, the over emotional psychotic ex-girlfriend, the infantilising of our experience with the increasing overuse of the word “girl.”

The queen of this genre, Patricia Highsmith, loved to write about mad men and, although the women in her novels were often victims of these men, they were also often the flawed stars of the page. I like to think she wrote about humans, not really caring if they were men or women, but revealing us to ourselves in all our gritty reality. Agatha Christie also not only had the indomitable and uncompromising Miss Marple, but explored the idea of motive and desire in both sexes, without resorting to female cliché. And there are of course so many amazing thriller writers out there right now who are raging against the male gaze. Megan Abbott’s unflinching teenage heroines, Gillian Flynn’s messy, dangerously flawed women, Emma Flint’s sexually unapologetic protagonist, Erin Kelly’s latest heroine who refuses to give up on what she’s seen, Lisa Jewell’s mother who fights for a truth.

It is so important that thriller writers continue to do this, that we help each other to see ourselves in a different way. Because women don’t just suffer from an external silencing, but also an internal one. We are adept at silencing ourselves, something we learn young and continue through life. Because, you see, women are often afraid and fear makes you weak and when you feel weak you get quiet. Which is perhaps the uncomfortable reason why thrillers are so popular. As humans we all want to scratch at our deepest fears, preferably from the comfort of our homes, as we read words on a page or watch images on the television.

What could be more potent than the screaming woman, the mad woman, the unbelieved woman—because that is what we all fear we could be one day.

What could be more potent than the screaming woman, the mad woman, the unbelieved woman—because that is what we all fear we could be one day. Thinking about safety takes up way too much of a woman’s headspace. And then when the Bad Thing happens (and it really has happened to most women in varying degrees), we often don’t know what to do about it. Unless it’s the Worst Thing, we don’t know how or who to report it to. Misinformation and fear of not being believed or respected causes us to silence ourselves, even before getting to the stage of being silenced by others.  We’re worried we’ll be misunderstood or gossiped about (locker room banter), or that people will call us names (prude, pricktease, frigid); we suspect nothing will come of us speaking up and, sometimes, we fear losing our jobs. So we continue to stay silent, burrowing deeper into our internal web of suppression and fear.

Why didn’t you just say no, or speak up sooner, all the critics of #MeToo say, and I sympathize with their ignorance, because most men have never been in a situation where this wasn’t an option. Most men have never had to negotiate their physical safety whilst another person makes an unwelcome advance.

But there is an even darker side to our silence. Even when women do speak up, we face dismissal—a vocal woman is easily characterized as mad. Literature through the ages has been awash with mad women, an idea that the thriller genre seems to have leapt on and run with. The idea of an hysterical, emotionally overwrought woman is an old one in our culture. Jane Eyre, Cathy and Rebecca were not the crazy/bad ones in their stories and yet that is how they’ve been interpreted over the years because we’ve seen it through the male gaze.

Perhaps it is fair to say that women are sometimes more emotional, maybe sometimes our hormones do rage, but this doesn’t make us crazy or untrustworthy—it’s a normal part of life. And yet embarrassment keeps us silent, about having a bad period or postnatal depression or hot flashes. We have to reach a point, in life and in literature, where we can admit to our feelings and relate our experience without facing accusations of being over-emotional, or unstable, or difficult, all of which are very effective silencers.

Thrillers occupy a fantastic space in the world of literature. It is a real cross-over genre in which sometimes anything feels possible.

Thrillers occupy a fantastic space in the world of literature. It is a real cross-over genre in which sometimes anything feels possible. We can address issues, jump in to historical settings, cross to the future, sit inside men or women, old or young. We can be romantic or hateful, funny and tragic. But with this comes the responsibility of asking difficult questions. Thriller writers tend to tell the stories people are drawn to, which gives us a place to be heard, a place denied to so many women.

Which brings me back to my silencing of my female protagonist, Verity, in my novel. I know she will be judged, but I hope when the book is finished readers will realise they did so without evidence. That they judged her on reported actions which she wasn’t alone in committing. That they have maybe judged her more harshly than Mike. Which hopefully then will cause the reader to question why they have made these judgements, and then in turn revaluate, or at least question why it is so much easier to believe the male version of events, or the male idea of how a woman should behave.

Granting such narrative power to an unstable man will make some readers angry and uncomfortable. But sometimes we can only regain control by depicting the very thing we are fighting against and hoping that this resonates. If readers get angry because they’re not hearing my protagonist’s voice, then good. I hope people feel cheated by not hearing her voice. Because the next time they read a salacious news story or listen to a piece of office gossip, they’ll feel angry enough to want to hear the voice of the woman in question before making a judgement.

I may have silenced my character but, in doing so, I hope I’ve given a voice to other women. 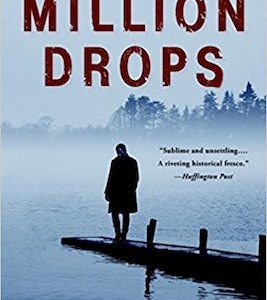 EARLY OCTOBER 2001 The landscape took on a certain density after the rain, the colors of the forest seeming deeper. The windshield...
© LitHub
Back to top