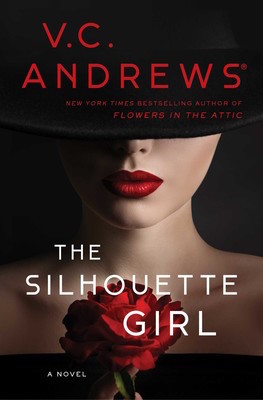 The following is an exclusive excerpt from The Silhouette Girl, V.C. Andrew’s latest psychological thriller. All is falling into place in Pru Dunning’s life—a happy relationship, a fulfilling career, financial stability—when a menacing woman starts leaving her threatening voicemails.

The moment I entered my second-floor apartment after work, my eyes went to the small dark-walnut stand to the left of the door in anticipation. As I had feared, it was there again.

The answering machine was blinking.

I knew the message wasn’t from my boyfriend, Chandler. Before I had left the hospital, he called to tell me he was coming over with Chinese. He was quite aware that after an afternoon shift, I wanted to get home and have a warm soak and then a glass of Pinot before dinner. We went out only on the nights before my days off. He rarely suggested otherwise. After nearly five months of dating, we practically knew when each other held a breath.

I was holding one now, practically mesmerized by the blinking light. Of course, it could be a number of other people or businesses who had left a message. There were so many annoying promotions and giveaways. Why should I always expect the worst?

Nevertheless, I touched the playback button as if it was red-hot.

Hi. It’s Scarletta. I’d love to borrow that beautiful pearl necklace someday. I look forward to seeing you wearing it. How are you going to explain it to Chandler? Men are so susceptible to jealousy. That’s why they’re the weaker sex. Maybe you shouldn’t wear it. Maybe you should flush it down the toilet.

I think I would if I had a catch like Chandler.

The message ended with a small sound, like a swallowed laugh.

There was something vaguely familiar about the voice, the accent, but not enough for me to confidently identify it. She never called when I was home, and she never called my mobile. All I had as far as contact with her were these phone messages. Was that deliberately her plan? How did she know when I was gone? Was she out there, watching my apartment building, just waiting for me to leave? Why was she afraid to talk to me? Even if I left to buy some groceries or fulfilled another chore on my day off, a message would often be there when I returned. It was more than infuriating. It gave me nightmares.

After listening, I stepped back as if the machine was about to explode. This particular message convinced me that it had to be someone at the hospital, even though I couldn’t recall anyone named Scarletta. But I didn’t know every employee on every floor, of course. There were more than two thousand physicians and around ten thousand employees. Maybe it was time to tell the police or at least reveal it to Chandler. Of course, that was probably what she wanted, though, commotion. Bringing the police to the hospital, especially the cardiac floor, to interview other employees would surely not endear me to them, especially now.

The hospital was no place for the dramatic intrigues of the employees anyway. There was enough with the patients. All those nurses and assistants who were still angry about how I handled Douglas Thomas’s wrong medication would amplify the derogatory talk already going on behind my back. I certainly didn’t want any of them to know I had this problem. They’d giggle about it for sure, spreading the idea that I had somehow created this situation for myself, which they thought was typical for me. To most of them, I was a born loser, despite my efficient, professional, and intelligent nursing, but then again, I made sure they didn’t know that much about me and certainly nothing about my social life.

More than one member of the staff implied that I was a little too familiar with my patients. They believed that I was too worried about being more popular than everyone else. No, I thought, if they found out about this, there’d be no empathy; there’d be no compassion for me. In fact, if they realized how anxious I was and how this was upsetting my life, their eyes would drip with satisfaction. Some of them could easily have their picture next to bitch on Wikipedia.

He’d say something like “Stalkers today cannot be ignored. There are no pests, just perverts.” He’d surely try to put the fear of God in my heart. He’d have me studying every shadow, listening to every footstep behind me. The whole thing would take over my life completely, which I was sure was just what Scarletta wanted. I’d never give her that satisfaction. Daddy often told me that when you act like sheep, they act like wolves.

He’d surely try to put the fear of God in my heart. He’d have me studying every shadow, listening to every footstep behind me.

No, I was convinced I was doing the right thing. This was something I had to solve myself. The police, even Chandler, should be the last resort. I was an independent woman, proud of my ability to take care of myself. I wasn’t compensating for any inferiority complex, either. My parents wanted me to be self-sufficient. My father taught me that most mistakes are made because we’re too dependent on this one or that one. And my mother’s advice was “Bring a man into your life slowly. Compromise is certainly important in a relationship, especially marriage, but don’t surrender your self-respect. Don’t be too reliant. Always be in charge of yourself, Pru. Any man who doesn’t respect that is not the man for you.”

If I pointed out how reliant she really was on my father, she’d say, “Do as I teach, not as I do.”

Her advice resonated even more now. Her words streamed across the walls of my apartment like breaking news on an electronic billboard.

I hadn’t lost my self-confidence. One time, this telephone stalker would make a mistake, I thought while I was erasing the message. Hearing it once was enough, and right now, I didn’t want anyone else, especially Chandler, listening to it and telling me she sounded insane and not simply malicious. Admittedly, he’d be saying what I was thinking but keeping buried and locked up in some chamber in my mind for now.

Don’t let it take over your life, I told myself. That’s exactly what she wants, to get inside you so you carry her everywhere you go.

Anxiety and fear quickly metamorphose into rage. I felt the heat rising from my stomach, up through my breasts and to my face, which I was sure was crimson. One time, she’d leave a call-back number, or maybe she’d get enough nerve to ask for a meet and suggest a location. I’d meet with her. Oh, yeah, I’d meet her but with a hatchet. The more she called, the more vicious my fantasies were.

I knew that when I eventually did reveal this, the obvious questions would be asked. Don’t you have an unlisted number? Why didn’t you change your number?

Yes, I had an unlisted number, but what good did that do you these days? Those robocalls still came through, and whenever I put my number down for a purchase or something that required it, some company sold it for as little as a dime, along with the numbers of other customers. As far as changing my number went, I had done it since the calls began, explaining it to Chandler by telling him that I was getting annoying robocalls. He was getting them, too, so there was no doubt or question about why I had.

The solution to this was far beyond something as simple as changing a telephone number anyway. I wanted to catch her on my own and confront her, now maybe in front of other employees, and really embarrass and destroy her. I hoped she would continue to call. I prayed for it. I just had to be patient and wait for her to make a mistake and say something that made her identity clear.

THE SILHOUETTE GIRL by V.C. Andrews®. Copyright © 2019 by Vanda Productions, LLC. Reprinted by permission of Gallery Books, a Division of Simon & Schuster, Inc. 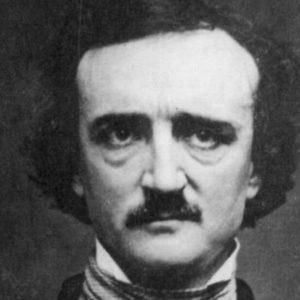 CrimeReads Brief: Week of February 2, 2019 What's the craziest thing you've ever done for love? Thriller authors weigh in ahead of Valentine's, featuring Caroline...
© LitHub
Back to top