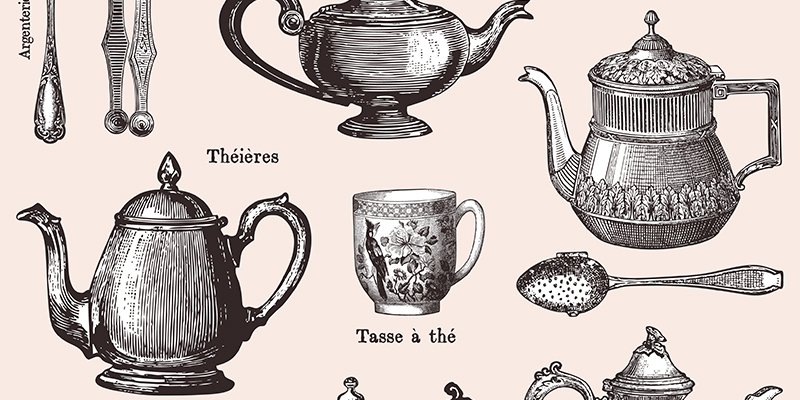 The Social Importance of the Tearoom

"But the history of the tearoom is more complex and meaningful than first meets the eye."

If I mention a tearoom, I bet that puts you in mind of a small restaurant located in a grand hotel or a charming village. It will be decorated in either a flower pattern or pastel shades (or both), with comfortable chairs arranged around a low table, and fresh flowers on the table. Well-dressed guests—women mostly, but some men—pour loose leaf tea from fine China teapots into matching cups and nibble on crustless sandwiches, delicate pastries, and freshly baked scones served with jam and clotted cream. The conversation is light, friendly, and always polite.

Your image would be correct, in most cases, in modern times. But the history of the tearoom is more complex and meaningful than first meets the eye.

Lily Roberts, the protagonist of my Tea by the Sea series from Kensington, loves the history and traditions of afternoon tea and she was eager to explore the origins of places such as hers before she opened her traditional afternoon tearoom located on Cape Cod Bay.

To keep up with Lily, I had to do research for myself, and I was surprised to find to find a far deeper and more significant history than I was expecting. Tearooms, in both England and the United States, were of critical importance in the development of women’s emancipation in the late nineteenth and early twentieth centuries. This is the history that is often overlooked, particularly in the sort of high school or university courses us of a ‘certain age’ experienced in regard to groups such as women, long considered by the writers of history books as not particularly interesting or worth paying much attention to.

Afternoon tea, the habit of having a cup of tea with a light meal in the late afternoon began with Anna, Duchess of Bedford in 1840, and quickly spread throughout the world of upper-class women as a social occasion. The main appeal was not tea and refreshments, but the opportunity for women to meet their friends in the middle of the day for company and conversation, something previously lacking in the highly restricted lives of aristocratic women.

So popular did ‘taking tea’ become, some wealthier women created separate rooms or spaces in their gardens specifically for that purpose. By the end of the century, middle-class women were inviting friends to join them for afternoon tea in their homes. I say ‘in their homes’ because in almost all places, restaurants and pubs and taverns were either closed to women or allowed women only if they were accompanied by a man.

For a long time in England, coffee (not tea) was the preferred beverage, not only as a drink, but because the coffeehouse provided a center of business and political life for men of all income levels and classes. Women were banned from the coffeehouses, and thus from the business being conducted there, but they eventually made their way into the tearoom. In the late nineteenth century, the popularity of afternoon tea began appealing to middle class women. These women couldn’t afford to have a separate room in their house or a private garden area to entertain their friends, so they sought a socially acceptable place to enjoy a light meal and conversation in the company of other women—without men. Women were moving more freely through the streets of the city, out shopping at the like, but still they lacked a place to sit down and have a break, or something to eat, or to meet with their friends. The tearoom provided that, and quickly became a welcoming place for women.

As well as having tea in such a place, owning and working in a tearoom was considered to be an ‘acceptable’ occupation for a woman, at a time when there weren’t many of such.

But even more, these tearooms were public places for women to gather and, in many cases, talk about more than gossip and family. They began to talk politics, and specifically to organize their campaigns for the right to vote.

The tearooms run by the Aerated Bread Company in England were described as “an enormous move to freedom.” Many tearooms played a central part in the suffrage movement, providing meeting space where activists could meet outside their homes (and disapproving male relatives), and offer fund-raising venues.

In the United States, the first tearooms also provided employment for women, often in their own homes, as women would open a room in their house to serve meals to travellers. Late in the nineteenth century, these tearooms were moved outside the private home and into the sort of separate business we’re familiar with today. But they still provided an acceptable opportunity for business-minded single women to earn their own living or married women trying to earn some income of their own.

As in England, in the U.S., women travelling alone or in the company of other women were welcome in tea rooms in a way they still were not in restaurants. In the early Nancy Drew books, Nancy and her friends often stopped at a tearoom for refreshment. This indicates that the girls were independent minded, not needing the company of a man to escort them to a restaurant.

These days, of course, women can go pretty much anywhere we want, either alone or with women friends, and we don’t need tearooms to preserve our reputations. When we gather for afternoon tea it’s usually on vacation or for a special occasion, an indulgence.

Next time you’re sipping your Darjeeling or Lapsang Souchong, and spreading clotted cream on a buttery scone, raise your fine China cup not only to Anna, Duchess of Bedford, but to the legions of women who had the idea of setting aside a room in their house, or opening a small space on the main street, and thus opening a door for women to march through. 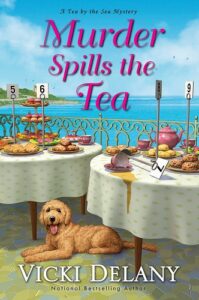 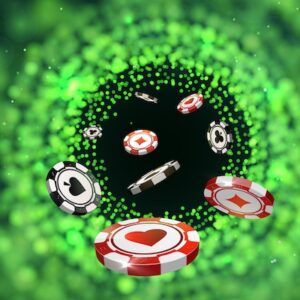 Who doesn’t love Candy Crush? Well, me, as I’ve never played it—but I was a fan of Bejeweled back in its day, I used...
© LitHub
Back to top