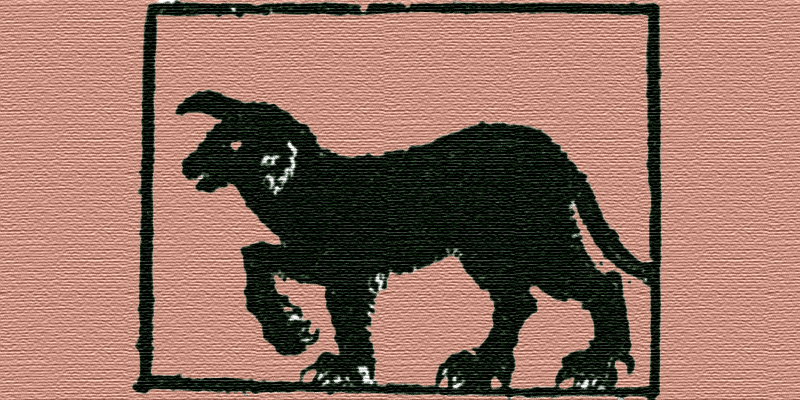 On the ancient legend of the Barghest, a monstrous dog and an omen of disaster.

In the long process from initial idea to final publication, books can go through a number of titles. Dog Rose Dirt—before it eventually became Dog Rose Dirt—gathered quite a few different names, but its very first title was The Barghest. Even in the early stages of the novel I knew that I would be, in part, describing the genesis of a monster, and naming it after another kind of monster was irresistible—and the Barghest was especially appropriate. The Barghest is a monstrous black dog and an omen of disaster that particularly haunted the north of England. If you saw even just a glimpse of the creature, it was said that you would die shortly afterwards. The human monster at the heart of my book also haunted the northern parts of England, and certainly if you were unlucky enough to encounter him it’s likely your life expectancy would be rather low. As keen as I was on the title, I eventually realized that this reference to a relatively obscure piece of folklore might not grab people the way that I wanted, and reluctantly I moved on to the next title, which would last a little longer. The Black Dog however, remained to haunt the book all the same.

Like a lot of people my age, I grew up with a great love of all things weird and unsettling. From the library I would borrow books that had ‘Unexplained’ in the title, and I grew very familiar with the pictures you see in those books—pulpy illustrations of Spring Heeled Jack, Nessie popping her head up out of her loch, the photograph of the lone charred foot left on a carpet after an incident of spontaneous human combustion. Black Dogs were a part of this secret, strange history, and they had a wide variety of names. Often described as phantom dogs, devil dogs, or even faerie dogs, they can be threatening, directly harmful, or even benign and helpful, on occasion. Barghest, Black Shuck, Freybug, Gurt dog, Gytrash, Padfoot—there’s almost a different name for every bit of the British Isles, and their stories are steeped in the weird and the uncanny. There is the Black Dog of Newgate, whose story supposedly dates from the 1500s: a sorcerer imprisoned in Newgate during a famine was killed and eaten by the other inmates, who were in turn haunted by great black dog. So terrified were these prisoners that they broke out of Newgate, only to be pursued across the country, until the spectral black dog ran them down and gave them justice. Black Shuck was said to have killed people outright, leaving behind his claw marks in stone and a whiff of brimstone on the air. In contrast there is the Black Dog of Lyme Regis, which led one man to a hidden pile of gold, while other stories tell of a great black dog who protects lost travellers, guiding them back to safer paths.

The wolf in your living room

Omen of death, harbinger of storms… the stories of phantom black dogs are so rife that the sceptic in us wants to look for rational explanations. Were big black dogs running free across fields and lanes, big enough and scary enough to inspire legends? Picturing a more rural past, it’s easier to imagine, perhaps—and hundreds of years ago wolves were not out of the question either. Wolves are ever present in our oldest stories, and perhaps this is what happened to them; in our subconscious they became stranger and more threatening, linked to hell and the uncanny. Just as the wolf gradually became the domesticated dog, the psychological threat that was the wolf in the woods became the black dog with glowing red eyes that haunts crossroads and remote country lanes.

For an animal that is so beloved to us, we have a complicated history with dogs. It is a three-headed hound that guards the gates to the Underworld in Greek mythology; the Big Bad Wolf stalks his way through our fairy tales, many of which are likely ancient, passed down as vital and living oral history; the Egyptian god Anubis with his jackal head, ushering souls into the afterlife. In recent years ‘the black dog’ has become another term for depression. It seems there’s no getting away from the associations: danger, sadness, judgement, terror, death and the afterlife. What better symbol could there be for a book about a serial killer?

A dog of many shapes

The best-known phantom dog in literature is probably the beast that appears in Arthur Conan Doyle’s The Hound of the Baskervilles, which makes great use of the black dog mythology. Sherlock Holmes must investigate the uncanny death of Sir Charles Baskerville, who has been found dead near a set of monstrous footprints, an expression of pure terror on his face. But the spectre of the black dog remains a lively one, even now, in the stories we consume; when Sirius Black takes on his animal form—a huge black hound—his friends know him as Padfoot; in video games Hellhounds often appear either as helpful familiars or monsters that must be defeated; any TV show that features the weird and the uncanny may find a phantom dog visiting—Supernatural, Buffy the Vampire Slayer and The X-Files have all featured versions of the hound from hell. They crop up in pub names, in coats of arms, in song lyrics. And black dog sightings are still being reported, a fact that I find weirdly cheering. In our world of bright lights and internet there are still a few corners of strangeness left. Perhaps as someone who was born in and grew up in London, I find it especially romantic that I might still walk down a spooky lane and be confronted with something inexplicable.

The longevity of the phantom black dog is perhaps linked to its flexibility. It can be mischievous, it can be murderous, it can be helpful. It can have eyes as bright as the flames of hell, it can smell like sulphur and brimstone—it can even appear without a head. It can lead you back to the right path, or it can hound you across fen and forest forevermore. In Dog Rose Dirt, the black dog is a shadow and an echo, a haunting presence that suggests things have gone very wrong somewhere, and I use that, along with other old stories, to edge a little closer to what it is we find so terrifying about the woods. Much of the book takes place in a bleak stretch of countryside, and while nothing overtly supernatural is going on, I have always found such places unnerving. Something is watching from the dark places from between the trees, and it doesn’t wish you well.

What big teeth you have

For me the big bad wolf is a stand in for predatory men. When you read Red Riding Hood as a child, you’re horrified by the idea of being stalked by an actual wolf. But if you read Red Riding Hood as an adult, it has all these other connotations. Red’s mother warning her not to dally in the woods, not to speak to any strangers, and to beware of the wolf—this is all only half a step away from all the warnings your mother gives you about talking to strangers, not walking home alone late at night, or perhaps, most significantly of all, to keep away from the charming man who means you harm. In fairy tales the Big Bad Wolf is just there; he’s a part of the wood, and it’s simply his nature to want to eat you. When it comes to serial killers, the question is a lot more complicated, with all sorts of factors to consider—were they born with this urge to hurt people? Or were they so damaged by their childhood they grew into something awful? Or is it a mixture of both?

Whether the black dog is a remnant of our fear of the wolf, or the fallout of a long association with the underworld, it seems that they are very much a part of our world—a feature of the deeper darker places that will, hopefully, never leave us. 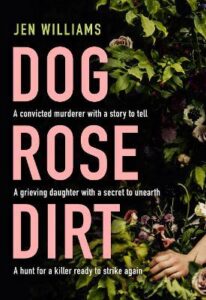 Jen Williams lives in London with her partner and their small ridiculous cat. Having been a fan of grisly fairy tales from a young age, these days Jen writes dark unsettling thrillers with strong female leads, as well as character-driven fantasy novels with plenty of adventure and magic. She has twice won the British Fantasy Award for her Winnowing Flame trilogy, and when she’s not writing books she works as a bookseller and a freelance copywriter. 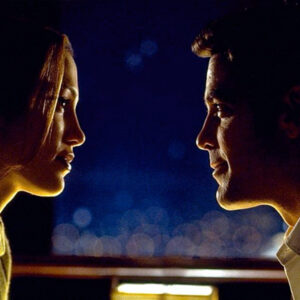 There are a lot of great movies that feature very believable romantic (and sexual) chemistry. In the Mood for Love! Moulin...
© LitHub
Back to top