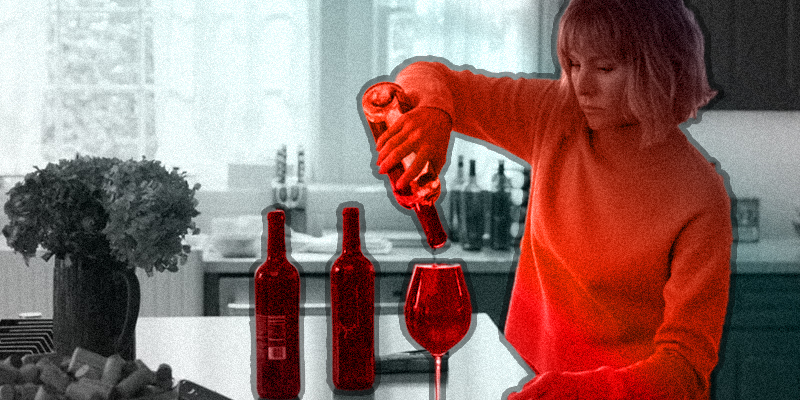 The Woman in the House Across the Street from the Girl in the Window is funny, but it relies on tired tropes for its humor.

I love domestic thrillers, wine, and Kristen Bell with bangs, so you can imagine how excited I was to watch The Woman in the House Across the Street from the Girl in the Window, a send-up of all the tropes that delight me the most in books and movies.

But part way through the first episode, something felt off to me. In The Show with the Ridiculously Long Title (part of the joke, of course), Bell plays Anna, who’s entombed in grief over the death of her daughter three years earlier and the subsequent breakup of her marriage. She spends most of her days reading a book—The Woman Across the Lake—in her wine-soaked chair with a comically large glass of red, as she spies on the neighbors and watches her handyman, Buell, repair the same mailbox day after day. She makes casseroles and forgets to use her oven mitts. She avoids her best friend who only wants to help. And then, a handsome stranger moves in across the street with his adorable daughter selling chocolate bars.

By episode two I realized what was bugging me, as Anna imagines running over the neighbor’s love interest with a car and mutters the word “bitch”: this show is poking fun at domestic thrillers, sure, but is it also poking fun at women?

In a 2020 article for Vox, Rebecca Jennings wrote about the layers of backlash over pumpkin spiced lattes, a “cultural phenomenon” embraced mainly by women and eventually the “straw man” for “basic.” Jennings includes a tweet from the feminist bookstore The Ripped Bodice saying, “Women’s unabashed enjoyment of a thing has always led to wholesale dismissal of said thing as frivolous and/or bad.”

In a pattern troublingly consistent with the one Jennings laments, the focus of the parody in TWITH is a certain type of book purchased and read primarily by women, and the life being parodied, Anna’s, is that of a certain type of woman often found in those books—traumatized, trapped in the ennui of the white-picket-fence suburbs, competitive with other women, and self-medicating. It’s too reminiscent of how people make fun of women for loving those ubiquitous Starbucks drinks (which, for the record, I find delicious), and while the show is supposedly a comedy, it also seems like another way to say women’s tastes and experiences are silly, or all the same, or lame to the point of needing mocking.

The most obvious mark for the parody is the movie The Woman in the Window, with scenes shot almost identically in the mini-series (although there are other clear influences such as Rear Window and The Girl on the Train, both of which are also echoed in the movie). TWITW is about a woman with agoraphobia who is afraid to leave her house. In the mini-series, Anna suffers from ombrophobia, or fear of the rain, which is connected to the death of her daughter. That Anna’s fear is something less common and perhaps easier to see as ridiculous (although I’m sure not to those who suffer from it) trivializes the fear women do feel in these kinds of books and movies, as if having panic attacks over your dead daughter is as silly as being afraid to go outside when it’s cloudy.

I will say, there seems to be a real love of domestic thrillers behind the creation of this show. The writers know the genre and what makes it tick and makes it a bit over the top. But in Anna, we’re seeing only the over-the-top elements played for laughs: a traumatic and terrible past, a substance abuse problem she has no interest in addressing. In thrillers, these larger-than-life yet all-too-relatable tropes are used to create dimensional women with real issues. Many women identify with the problem of feeling suffocated by their homelives or past trauma, and many self-medicate to deal with these issues. In thrillers, these attributes are used as access points for women readers to identify with the characters, but in a parody, these tropes are used to flatten women back into two-dimensional characters. A dead child is played for laughs because her death was over the top and gruesome, rather than in a straight thriller where the loss of a child is a character’s (and reader’s) worst fear.

And what’s the one thing that could help Anna finally bridge her grief? Interest in a new man. The object of Anna’s obsession is Neil, the new neighbor across the street played convincingly by Tom Riley, who comes with a built in-family to replace the one Anna has lost. While I get that her obsession with Neil is supposed to be funny—she doesn’t even know him but is so desperate for happiness she imagines their future together!—it also just makes me a little weary. Women are desperate sometimes, and sometimes it’s over a man, but to poke fun at these women, rather than handle them with the empathy and care I see in thrillers, is depressing. When will women stop being the butt of jokes because they want things? When will women stop being made fun of for thinking their lives should be more than wine and social media, when everywhere we look, we’re pushed into wanting lives of wine and social media?

Article continues after advertisement
When will women stop being the butt of jokes because they want things?

Perhaps farthest from the mark in the parody is Anna’s relationship with her ex-husband Douglas, a criminal profiler for the FBI who left their daughter alone with a serial killer known as “Massacre Mike.” As someone named Massacre Mike is wont to do, he killed and ate the daughter, yet somehow Anna blames herself because she was the one who pushed Douglas to take Elizabeth to work that day. Douglas, by contrast, seems to have no conflicted feelings about his culpability regarding the death of their daughter.

But this lack of compunction is not necessarily even the most troubling thing about Douglas, who it seems we’re supposed to like. As the story unfolds, we discover that the therapist Anna has been talking to on the phone and lying to about her drinking, which she’s been combining with the psychotropic drugs the therapist has prescribed, is actually Douglas. Instead of treating this malpractice as manipulation and violation, the plot proceeds as if Douglas has been looking out for Anna, as if he’s the kind of man we should want her to be with. Later, when Anna is finally well enough to paint again (she’s an artist) and sells a painting at her friend’s gallery, we’re supposed to be delighted to learn that Douglas is the one who bought the painting—he believes in her and her art!—rather than see this purchase as patronizing and pandering. And Anna, who we might expect to be at least miffed that Douglas apparently didn’t believe anyone would buy the painting on its own merits, is instead literally swept off her feet, giggling ecstatically as Douglas swirls her in the rain she no longer fears now that this man has rescued her.

I understand that some will think I’m a buzzkill for not “getting it” or taking this parody too seriously, but hasn’t that been the refrain women have always heard? Why can’t we just take a joke? It’s not that I think thrillers shouldn’t be funny, or even that they shouldn’t skewer things in over-the-top ways. If those are crimes, then I’m guilty of them myself: my next book, Blackout (out this July from Thomas & Mercer), is a thriller about a woman with a drinking problem who lives a comfortable suburban life. She quits drinking and only then starts having mysterious blackouts, lands in the hospital after a car accident, and meets a group of women suffering the same memory lapses. Is it over the top? Perhaps. Is it funny? I like to think so. But it’s not just a series of jokes at the characters’ and genre’s expense. Mostly it’s a response to the gaslighting women have been experiencing most pointedly since 2016, to Brett Kavanaugh making it onto the highest court in the land, and to Brock Turner receiving a joke of a sentence for sexual assault. My book, like so many thrillers by women writers, is born out of anger. It’s a fight for women’s ability to say what they want to say and believe what they know to be true, rather than accepting the backlash many experience when they try to speak up. It’s about the power women can wield when they come together. Yes, it also has a mad scientist and a conspiracy that’s a little bananas, because I needed to use something that loud and outrageous to talk about something as common and quiet as the daily stifling women feel just trying not to blow a gasket when we’re told we’d be prettier if we just smiled.

But I get it. I do. And there are plenty of things to like about this show. It plays well as a thriller despite treating parts as a joke. It has great production values and a talented and wonderful cast, and Kristen Bell really does look lovely with those bangs. Maybe when it comes down to it, that’s what women really want—to look cute with bangs—or is that, too, just what we’re taught to believe?

Article continues after advertisement
Share:
Erin Flanaganfilm criticismmoving beyond tropesThe Girl in the TitleThe Woman in the House Across the Street from the Girl in the WindowWhat to Watch

Erin Flanagan’s novel Blackout is forthcoming in July 2022 with Thomas & Mercer. She is the author of Deer Season (University of Nebraska Press), a 2022 Edgar nominee for Best New Novel by an American Author, as well as two story collections. Erin contributes regular book reviews to Publishers Weekly and other venues, and is an English professor at Wright State University. For more information, visit www.erinflanagan.net, or say hello on Twitter at @erinlflanagan. 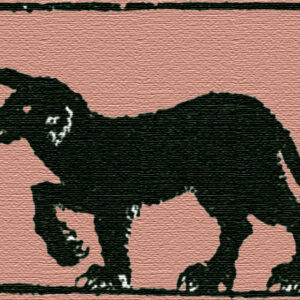 In the long process from initial idea to final publication, books can go through a number of titles. Dog Rose Dirt—before...
© LitHub
Back to top