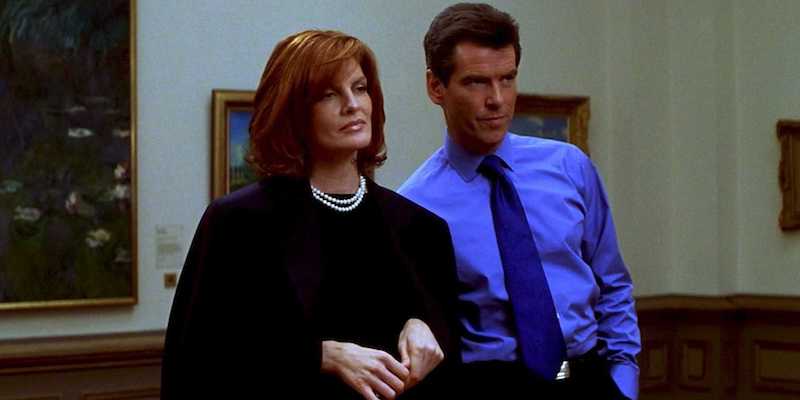 Why does art rise in value simply because it's been stolen before?

There’s a case to be made that there’s really only one crime, one sin: thievery.

The emperor of Sin Mountain is murder, the theft of life. An assault can be seen as a theft of safe passage, well-being, and peace of mind. Lies are thefts of truth from the store of knowledge that we use to best navigate the world.

What separates theft from a hoarding disorder or guys doing their job on trash day? Something of value is taken away. And the concept of value is what sparks wars and dinner table arguments and bank robberies. (And also a lot of great crime fiction.)

The basic yardstick for value is the size of the number after the dollar sign, or whatever currency symbol is at play. Toward the high end of that ruler, the idea of money stops meaning much, like what light-years does for any practical comprehension of distance. At a certain tier of wealth, the contest of who-has-the-most gets kicked into very different arenas.

Article continues after advertisement
The theft of artwork and cultural property is a billions of dollars per year enterprise, according to the FBI.

The theft of artwork and cultural property is a billions of dollars per year enterprise, according to the FBI. Occasionally, the grab is a commissioned and targeted assignment ordered by someone, generally a very wealthy someone, who just really wants a particular piece for their private enjoyment.

Sometimes the aim is to collect a ransom from a museum or a government. Unlike wringing money from an individual or a family by applying risk to a single life, the perceived value of the art is shared by a larger group, increasing the number of people who might feel compelled to have it back. Also, an artnapping usually requires less wrestling and duct tape than catching a live person who presumably doesn’t want to be caught. And you don’t have to keep making sandwiches for a hungry painting while you wait for the payoff, either.

But the most common reason cited for boosting art and artifacts is that organized crime outfits use them for currency. They trade treasures for shipments of drugs or weapons, or to secure influence or favors. Art is more unique, negotiable, and portable than money. (Although, one does have to imagine that the mob or the kingpins will eventually trade it at some point, in ransom or sale, for actual money to pay the light bill, because Con Ed doesn’t take Rembrandts.)

For writers, art theft also suggests a class-and-motive rainbow array of characters, a ready-made range of players to imagine. The person who sneaks in to first set hands on the thing in defiance of security systems and the basic nursery school morality of not taking what doesn’t belong to you is a very different person from the crime boss or aristocrat who directed that person to do those things. And they’re both well distinct from whoever ends up on the trail of the transgression and transgressors to set everything back to rights.

The scenario is so rich for exploration that wonderful writers like Jeffrey Archer, Jojo Moyes, Ian Rankin, and Jo Nesbo have invented art heists to swim in, and rendered well-received novels of the intrigue. James Ponti did it for kids in Framed!, the inaugural offering in the T.O.A.S.T. mystery series for mid-grade readers. Donna Tartt won the Pulitzer Prize for the story of a tragic fictional theft of The Goldfinch.

Art, once stolen, soars in appraisal. If it had a story at all before, it certainly gains one in the wake of its disappearance. There’s nothing so contagious as covetousness.

Fiction exercises our psyches’ empathy muscles. It stretches our capacities for outrage and catharsis. Crime fiction can be an especially strenuous workout, because people—both real and invented—do fascinating things in performance of, or in response to, felonies. Murder, assault, and theft pull our protagonists and antagonists through their adventures and we, the readers, decide how we feel about these things.

Of the Big Three, theft often seems the most straightforward. The itch of want and need is scratched by taking. Easy. But what makes art theft a particularly nuanced set-up is that the value of art, unlike many other things we’ve agreed upon as coin, is esoteric and decided on by arcane evaluations and highbrow processes.

Money has the denomination printed right on its face. Gems are weighed and matched to standardized scales of perfection to determine their worth.

Real estate and consumables have blurrier gradations of merit, but there’s nothing quite as mysterious as what it takes to elevate a drawing, a painting, a sculpture, a relic, out of mere subjective reaction to what it looks like and raise it from decorative to informative to historical to next-level currency and status gauge.

Wire transfers or stacks of bills don’t increase in value after a theft. But art, once stolen, soars in appraisal. If it had a story at all before, it certainly gains one in the wake of its disappearance. There’s nothing so contagious as covetousness.

The Mona Lisa wasn’t even a particularly famous painting until it was stolen by a former museum employee in 1911, and recovered two years later. She’s so famous now that the mention of her smile is a nearly universal shorthand for a certain kind of enigmatic expression.

The lost pieces of the collection at the Isabella Stewart Gardner Museum have a reward set at $10 million, but the black market value of the thirteen works is incalculable for the strangeness of the robbery and the notoriety of having been missing for nearly thirty years. That heist has been inspirational to a number of crime fiction writers: B.A. Shapiro makes a story of the fate of one of the Degas pieces in The Art Forger (2012); Clive Cussler and Boyd Morrison imagine the recovery of the lost art in the 2017 novel, Typhoon Fury; and I took a turn with it this year in The Hidden Things.

The fascination feels pointed: Story has value. These objects mean more, are worth more because of a story about them.

The impulse to nest this evident truth within a work of crime fiction hints at a reach for consecration, a subliminal confirmation of see? stories are valuable; story is the thing everyone really wants.

Story begets story. And so we continue.

To see what stolen art the FBI is looking for these days, take a scroll through the National Stolen Art File.

Jamie Mason, originally from the Washington, DC, metro area, is author of The Hidden Things, which features one of the stolen Isabella Stewart Gardner Museum treasures as the McGuffin, as well as Three Graves Full and Monday’s Lie, all from Simon & Schuster’s Gallery Books. She lives and writes in the mountains of Western North Carolina. More at www.jamie-mason.com. 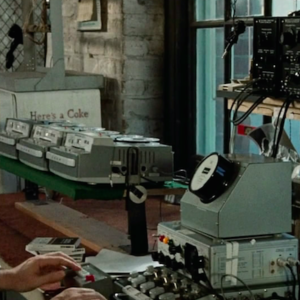 As Sun Microsystems CEO Scott McNealy famously said 20 years ago, “You have zero privacy anyway. Get over it.”  But we can’t...
© LitHub
Back to top