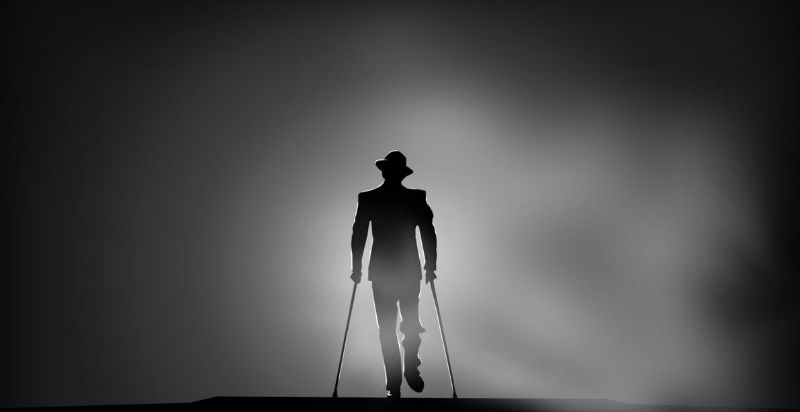 Laura Lippman and Alex Segura talk classic crime, crossing boundaries, and the art of the ending

In the case of this story—an engaging and pleasant conversation with acclaimed and bestselling crime author Laura Lippman—it did work out. We’d intended to get together for breakfast on her home turf in Baltimore. I was around for a comic book convention and it seemed like a perfect way to catch up and talk about her latest novel, the sultry and menacing modern noir, Sunburn. But it wasn’t meant to be. I had to rush home (nothing too, too serious—but you get used to those yellow light emergencies as a new parent). Laura graciously understood and we made a phone date.

If only it’d been that easy for Lippman’s Sunburn protagonist, Polly, to take a step back and start over.

But noir, current or otherwise, doesn’t work that way. These are dark tales of people pushed to the brink, usually lured to cross invisible lines by temptation and lust. Sunburn is no exception to this, but also manages to invert some of noir’s preconceived ideas to create something that feel wholly new and modern, while still evoking the best parts of classic noir. Sunburn is a story of flawed people desperately clawing toward happiness and finding each other in the process. But what happens when those momentary flutters of pleasure and joy are interrupted by a dead body? What happens when dark secrets bubble to the top to threaten a bliss that both people were probably certain was too good to be true?

For the reader, that’s when the fun really starts—and, unsurprisingly, Sunburn is a fun, sexy and memorable book. Unfortunately for Polly, it’s also when things get severely complicated. So much for second chances. 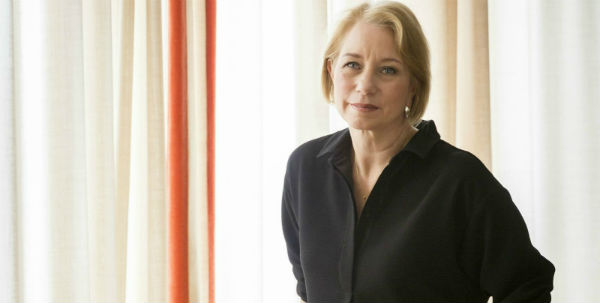 Lippman, who is warm and gregarious in conversation, has a sterling track record when it comes to creating unforgettable and varied female leads: from her series PI, Tess Monaghan, to self-made madam Heloise from And When She Was Good to Wilde Lake’s Maryland state attorney, Lu Brant. Sunburn’s Polly is no exception. Conflicted, painfully honest and possessing a presence that dominates the page, the character drives the narrative due in large part to her magnetism as a person, even in the few moments she’s not visible to the reader. For Lippman, this was by design, and the character of Polly appeared fully formed very early in the writing process.

“She’s guarded, she’s laconic, she’s a big planner,” Lippman said. “She’s very different than I am, and I had come to writing this book from writing Wilde Lake, where the main character Lu was so very much like me, a talker, very analytical and introspective, someone who could just gab on and on and on. And Polly’s the opposite.”

Like her protagonists, Lippman’s novels—even those that feature the recurring Monaghan—rarely cover the same ground. Sunburn, a visceral and instinctual work, stands in stark contrast to her most recent bestseller, the plot-driven and high-stakes legal drama Wilde Lake. Lippman wouldn’t have it any other way.

“I would say Wilde Lake is a much more ‘mannered’ book. And it has this unusual structure that I hope reveals itself as being organic, which is that, ‘Well why is this story going back and forth between present day, third person and first person, past tense?’ And it’s because that’s how memory works,” Lippman said. “You live in the present, you literally don’t know what’s gonna happen next, and then you sit there and you try to come up with a story that explains everything without the self-awareness that there’s still more you’re going to learn. But Sunburn is pretty linear. It starts and it goes. It takes place in about six months’ time. And it just moves forward.”

It’s that narrative that helps make Sunburn a propulsive, energetic read, which was also the case in the writing of the book. In terms of prep, Lippman doesn’t frontload her research, instead immersing herself in things as needed, based on where the story takes her. And while research as a whole was not intensive when compared to some of her previous novels, Lippman was able to pinpoint certain topics and hone in on them, like arson and the book’s Delaware setting.

“I did very little research for Sunburn,” Lippman said “In terms of when I do my research, I do it as I go. But, if anyone saw my browsing history, someone would call the cops. I really liked being in 1995 and I liked making up a town, which is inspired by some specific places in Delaware. I’ve driven back and forth across Delaware many times. And when you get inland, away from the beach, it is old fashioned and rural with these huge corn fields and very flat.”

Sunburn is awash with noir, but also evokes a modern, present-day sensibility (though, the book is set in the late 1990s)—a tricky balancing act that Lippman pulls off with deceptive ease. Sunburn manages to honor its influences without feeling retro or like a pastiche. The most notable touchstone of the book is James M. Cain’s The Postman Always Rings Twice­—a long shadow of inspiration that Lippman manages to invert and tweak into something wholly new.

“I’ve always been inspired by Cain,” Lippman said. “My definition of noir has always been that it’s a story where dreamers become schemers. In a noir novel, it’s almost always two people who team up for some reason. It can be lust. It can be greed. They’re crossing a boundary. They want what other people want. They want love, they want money, they want success, but they come to a point where they’re willing to break the law, break the rules to get those things. You see Walter and Phyllis in Double Indemnity and Cain doesn’t even try to explain how they make that leap forward. It’s just like ‘Well, we love each other so much that the only way for us to be together is to kill this man.’”

The ability to dig deep and explore the darkest corners of noir—and tinker with the expectations and tropes of the genre—made the writing of Sunburn a fun and surprising ride for the author. But it wasn’t one she could immediately repeat.

“I loved writing the book. I’m happy with the book,” Lippman said. “I sort of wish that the next idea that came to me was in the same vein, but it’s not. I don’t seem to be built to write the same book twice in a row. I seem to be psychologically inclined to change things up. That’s not a plan. I think if I could control it, I wouldn’t do things that way.”

While Lippman’s standalone output is varied, she also built a strong career as the writer of an acclaimed PI series starring the quick-witted and down-to-earth Monaghan. Lippman understands many of her readers are looking for more Tess. She is, too.

“In a noir novel, it’s almost always two people who team up for some reason. It can be lust. It can be greed. They’re crossing a boundary.”

“At first, I was going back and forth between the series and the standalone, just because that’s how my brain was working. Then, when I decided to have Tess have a kid, it really made it hard to write about Tess,” Lippman said. “I want to get back to Tess, but each book is about what I’m interested in right now. The book I’m working on, I had hoped to make it about Tess’s parents. And my editor gently took me away from that, but it’s a book that’s full of Easter eggs for Tess fans. But it’s really, really hard to serve the genre and serve the character, to write an exciting story in which she’s not doing anything stupid that endangers her family.”

That said, Lippman is aware the Tess books are close to their finale, though she optimistic about bringing the series to a proper conclusion.

“I’d like to have a formal ending to the Tess novels,” Lippman said. “I do believe in capping things off, and I get a little bit frustrated with a culture in which things to me that clearly have had endings, people want them to be open ended. But if that doesn’t happen, I don’t think Hush Hush is a bad place to end. If I never write about Tess again, it’s not a bad place to end at all. It ends with her relatively happy. Her life seems to be on as much as an even keel as her life ever is. Though, it was not my intent for that to be the last one.”

But for the moment, Lippman’s main focus is her latest work-in-progress and the burgeoning Sunburn promotional tour, which gives her a chance to look back on a book that, while in her creative rearview window, readers are experiencing for the first time.

“I’m curious to see what kind of life it has when it goes out into the world. One never really knows,” Lippman said. “I’m proud of it, and I’m hopeful for it. And again, it’s always such a mysterious process by which books go out into the world and live their lives. It’s like sending your kid off to kindergarten that first time, like you’re done, it’s out of your hands now.”

The conversation, dealing so heavily with noir and the tropes of the genre, unsurprisingly veers toward likability, and whether one has to inject their protagonists with certain traits to pass muster. Lippman isn’t so sure that plays much of a role for her when crafting characters like Sunburn’s Polly.

“We have that endless debate about whether people are likable,” Lippman said. “And I don’t even think it’s a germane debate, I think the main question we should be asking is whether the characters are interesting. Do you want to be in their company? And I found it a great discipline to write someone who is laconic, who’s not book smart. She’s kind of the anti-girl. I’d say, the thing about Polly is she’s the most reliable narrator you’ll ever meet.

“She’s really clear,” Lippman said. “I think early in the book, she says, ‘Pay attention, I haven’t even told you my name yet, but I’m telling you what I care about.’ And, obviously, she can’t tell people everything about herself, she does have secrets. But she doesn’t really lie, and she’s really honest with herself, and she knows what she knows and she knows what she’s doing, and she’s never distracted. I find Polly to be incredibly self-aware character. But she’s also strong. And she’s really, really tough. And she’s someone who’s been tested and she knows that the only person she can rely on is herself. I really liked both of the lead characters in this book.”

If she had to sum up Polly in a few words, Lippman doesn’t hesitate—and the description perfectly echoes the novel’s stylistic framework: noir is about failures and vices and how they drive us to do bad things, and not about happily ever after. In many ways, Polly is a bit like all of us.

“Use what you’ve got, whatever resources you have,” Lippman said. “That’s who Polly is, she has to use what she has to make a life for herself, which is pretty much everybody’s story.” 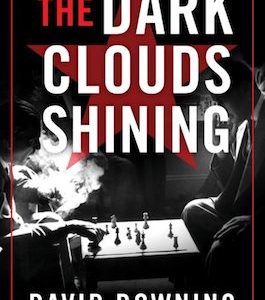 The Harrow courtroom was in a shabby condition; like so much else it was still waiting for a postwar recovery. The large...
© LitHub
Back to top