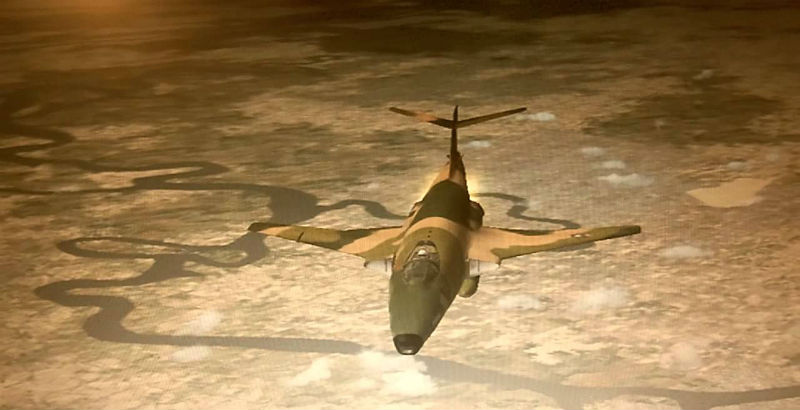 Thomas Perry on Explosives and the Questions that Haunt Him

I started thinking seriously about the relationship between human beings and explosive devices forty-seven years ago. In late 1969 when I was 22 and in graduate school I was summoned to a big building in Buffalo, New York for my pre-induction physical exam. The doctors liked what they saw, and I was reclassified 1A. Those were the days of the draft lottery based on birthdays. Since I was under the jurisdiction of Local Board 88 in Buffalo, there wasn’t much question that my birthday would be drawn. Buffalo’s population peaked around 1910, but the quota for draftees had never been lowered. They had to keep drawing birthdays until the quota was met. I was working toward a Ph.D. in English and kept at it, figuring that even if I was drafted quickly, I’d get to keep whatever I learned.

One day during winter break, a friend called and told me that a local Air National Guard unit, the 146th Tactical Fighter Squadron, was just finishing a tour flying missions with F-100 aircraft out of Tuy Hoa in Vietnam. When they returned home they would be letting people out and there would be slots for recruits. The attraction for me was that after around six months of active duty I would be able to go back to graduate school, possibly in time to retain the fellowship that was paying for my studies. My friend even drove me out to the base in his 1960 white Ford Fairlane convertible, and we signed up for the waiting list.

Two months later I got the phone call. I took a leave of absence from the university and was on my way to Lackland Air Force base in San Antonio for basic training, Lowry Air Force Base in Denver for technical school, and then to Niagara Falls Air Force Base for on-the-job training as a Weapons Mechanic.

I saved the fellowship and acquired my Ph.D., but also became Technical Sergeant Perry during weekends and summers for six years. I worked on aircraft weapons systems and handled munitions ranging from the small charges that propelled pilots’ ejector seats out of cockpits all the way up to the big stuff.

When I started, the unit was still flying F-100 fighters, and we loaded the 20 millimeter guns and the bomb racks for the pilots’ target practice, and kept the weapons systems in working order. Other times we would practice loading and unloading mostly inert versions of the various bombs, heat-seeking missiles, rocket launchers and other equipment the planes were designed to carry. It was work that required alertness but not great intellect, one of two reasons why we referred to ourselves as the guys with size 44 shirts and size 4 hats. The other was that when working with explosives it helped not to think too much.

After a couple of years the F-100s went off to retirement. Their purpose had been to fly low and slow over rough terrain and attack targets on the ground. There were people in the unit who swore to me that one of them had flown back to Tuy Hoa after a mission with pieces of bamboo from a building stuck in the fuselage and wing.

The unit was next equipped with the opposite kind of fighter, the F-101B Voodoo. This was, in its era, the fastest interceptor in the U.S. arsenal, and it carried both conventional AIM4 Falcon air-to-air missiles in its weapons bay, and AIR-2A Genie nuclear rockets intended to knock out whole fleets of incoming bombers or missiles. This is the first time I’ve ever mentioned these weapons, and I’m doing it now only because they are obsolete, replaced long ago by something I trust is much more fearsome. My main job was to participate in mass loads designed to get armed interceptors off the ground within as few minutes as possible, and turnarounds, designed to reload them and get them off the ground for a second sortie. During this period I went on a one-day assignment with a couple of E.O.D. (Explosive Ordnance Disposal) men, the people responsible for dealing with damaged or dangerous explosive devices. I watched them and listened to them more closely than they knew.

My enlistment ended without the Air Force ever getting short-handed enough to send me overseas, so I took my discharge and went on with my life. But during my enlistment I had spent a lot of time thinking about explosives and the meanings and implications of using them. This is not an unusual preoccupation. At the time of the 2010 census, there were 21.8 million living veterans in the United States. There are probably more now, and all of them have had some version of these thoughts—both the “What happens if I make a mistake?” variety, and the “Why are we doing this?” variety.

Article continues after advertisement
I still have the same inability to formulate any wise thoughts about them except that it’s a shame that we humans are creatures who never stop trying to kill people we don’t know.

Over the years the topic has forced itself back into my consciousness from time to time. Aside from the almost-uninterrupted use of military weaponry by us and other nations, other things have happened. There have been terrorist bombings in cities all over the world, new wars in which enemies plant improvised explosive devices in roads, houses, and public places. I have often reconsidered the topic of explosives. I still have the same inability to formulate any wise thoughts about them except that it’s a shame that we humans are creatures who never stop trying to kill people we don’t know.

The urge to write The Bomb Maker comes from the same curiosities and interests that have always made me write.  I like to think about the best and most admirable qualities of human beings. The peculiar uniting of the opposites of self-reliance and concern for society that we find in some people makes me want to study it. The unselfishness and willingness to sacrifice oneself for others that occurs each time there is a crisis seems miraculous every time. Brave people are precious, but they’re not rare.

At some point during the past few years it occurred to me that prime examples of these qualities are to be found in police bomb squads, the people who are called in when a suspected bomb is discovered, and have to neutralize these contraptions and render them safe. They’re a specialized sample of a much larger group of men and women who, day after day, place themselves between us and unknown and therefore indescribable horrors—police officers, firefighters, military people, ATF and FBI agents. When we see something terrifying and run away, they run toward it.

In order to understand what bomb technicians do, it’s necessary to know what their adversaries do. Making and planting bombs is a crime of premeditation. It never comes from a sudden rage or a loss of self-control. It requires the criminal to acquire at least a bit of knowledge, and to make a sustained effort to obtain, store, and handle materials that are often difficult to find, unpredictable, and dangerous. Planning to detonate a device that will simultaneously tear apart and burn to death anyone nearby is a shocking act. It comes from a place deep in the brain that’s a knot of malice and perverse cunning.

If a bomb is detonated in a city’s center, there will be a random selection of people in range, about half male and half female, a few of them infants and a few elderly. The bomber embraces the idea of killing any or all of them. He doesn’t know them, although he may be convinced he knows a quality they share that’s relevant to him—nationality, religion, race, or being enviable in some way. He doesn’t kill them because they’re bad. He doesn’t know if they’re bad.  They’re the enemy because he needs an enemy.  He’s using them to make the people he can’t reach afraid of him—to create terror.

When my thinking had reached this point the two adversaries that would be the subjects of my book seemed inevitable—a supervisor in the Los Angeles Police Department bomb squad and a person who makes bombs and plants them in the city of Los Angeles.

As always, I looked up facts that I didn’t know—facts about the bomb squad, its requirements for selection, training and certification, its equipment, and so on. I tried to find out what I could about past bombings.

As others have before me, I found that there is no shortage of sites that purport to tell a novice exactly how to make the concoctions that go into explosive devices. I have no idea whether any of this information is accurate, but I did not include in the book enough specifics of the recipes to permit a misguided reader to do anything either vicious or self-destructive. One of the impressions I had that puzzled me was the strangely friendly, folksy tone of some of these entries—like an industrial arts teacher telling you how to finish your shop project without making any embarrassing mistakes. I could easily imagine some impressionable person reading these passages at the same moment and deciding that whipping up a batch of high explosives sounded like fun.

I think I concentrated less on the traditional forms of research this time in order to keep the book focused on the psychological issues that were important to me. I didn’t want to write a police procedural, I wanted to write about how it would feel to touch an unfamiliar explosive device, designed by an unknown enemy, and know that you have to find a way to render it safe before it kills innocent people, including you. And I didn’t want to write about bombs. I wanted to come to understand a particular kind of mind that would make and use such weapons on anonymous strangers.

In a way, the important research was delving into my own memory and imagination to find the story. I’m aware that we all have that small, cowardly and malicious spot inside our brains that can envision the ways to commit terrible acts. Nearly all of us keep that part of the brain isolated and permanently turned off. And I trust that the opposite possibility lives in all of us too, the part that induces some people to take risks for the general good, to look at an unfamiliar explosive device and think, “Someone has got to go to work on that thing and render it safe. Today it’s going to be me.”

Thomas Perry is the bestselling author of over twenty novels, including the critically acclaimed Jane Whitefield series, Forty Thieves, and The Butcher's Boy, which won the Edgar Award. He lives in Southern California. 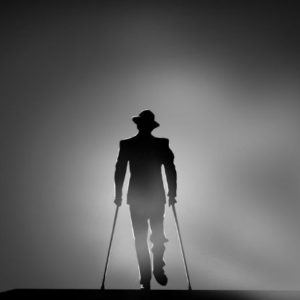 Sometimes second chances work out, sometimes they don’t. In the case of this story—an engaging and pleasant conversation...
© LitHub
Back to top