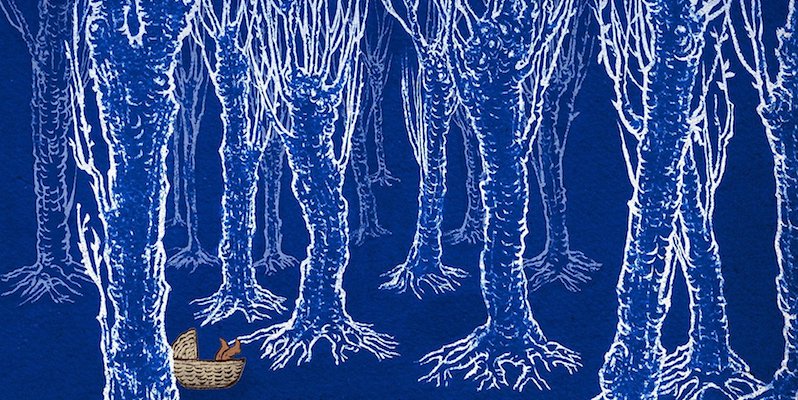 In my new book, The Hiding Place, Joe Thorne’s little sister disappears for forty-eight hours. Then, miraculously, she is found. But why does Joe feel that something about Annie is not the same? Why is he scared to death of his own little sister?

The idea of a changeling or “swapped child” dates all the way back to medieval literature. A changeling was believed to be a fairy child that had been swapped for a human child, and probably came about as a way to explain infants afflicted with diseases, disorders, or developmental disabilities.

Missing, mistaken or “changed” children are also a theme in crime and mystery fiction. In fact, it’s a theme that crops up in my third book, The Other People. There’s something about the idea of a child who is not what he or she seems that is particularly terrifying. And many authors have taken that idea and interpreted it in different ways. From demonic possession to a return from the dead or even alien invasion . . .

What would you do if you believed your child was no longer your child? 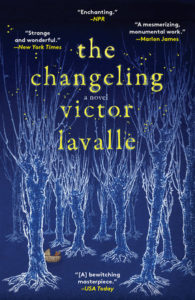 The Changeling, by Victor Lavelle

Apollo Kagwa grew up without a father and now that he’s a new dad himself, he is determined to be there for his baby son. But then his wife becomes convinced that their baby is not their baby, but something else. When Emma commits a horrific act and vanishes, Apollo begins a journey that takes him to a forgotten island in the East River of New York City, a graveyard full of secrets and a forest in Queens where immigrant legends still live. A modern-day fairy tale about a devoted father’s confrontation with evil. 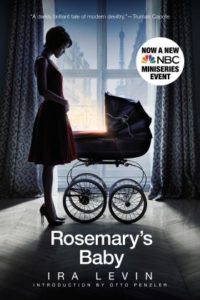 Rosemary and her struggling actor husband, Guy, move into a creepy New York apartment, with an ominous reputation and some very odd neighbours, the Castavets, who seem to take rather too keen an interest in Rosemary. When Rosemary becomes pregnant, she becomes increasingly isolated, and starts to believe her baby might not be of this world, and her neighbours are part of a secret Satanic cult. But is she right? While most of us know the answer to this one, the tension builds wonderfully. 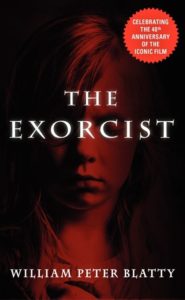 The Exorcist, by William Peter Blatty

One of the most controversial books of all time, The Exorcist tells the story of the demonic possession of twelve-year-old Regan. The novel was apparently inspired by a real case of possession that Blatty heard about while he was a student. Regan ‘Rags’ MacNeil is playing with a Ouija board and makes a friend through the board called Captain Howdy. However, Captain Howdy is no imaginary friend, but a demon. The more Regan plays with the board, the more her behaviour deteriorates. There are eerie noises in the night, and a weird smell lingers upstairs. When Regan starts levitating and speaking in tongues, her mother employs Father Damien Karras, a psychiatrist, to assess her daughter. Regan’s transformation from an ordinary little girl into something barely human is skin-crawlingly terrifying. 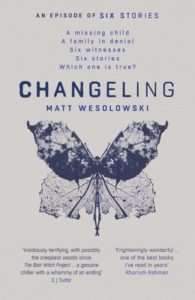 On Christmas Eve in 1988, seven-year-old Alfie Marsden vanished in the Wentshire Forest Pass, when a burst tyre forced his father, Sorrel, to stop the car. Getting out of the car to summon the emergency services, Sorrel returned to find his son gone. No trace of the child, nor his remains, have ever been found. Elusive online journalist, Scott King, whose “Six Stories” podcasts have become an internet sensation, investigates the disappearance, to try to find out what really happened that night. He discovers that Alfie was far from a “normal” child and that the spooky Wentshire Forest where he vanished is a place synonymous with strange sightings, and tales of hidden folk who dwell there. Did someone kill Alfie or was he simply “taken back?” 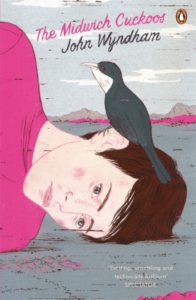 The Midwich Cuckooos, by John Wyndham

In the sleepy English village of Midwich, a mysterious silver object appears and all the inhabitants fall unconscious. A day later everyone awakens unharmed—except that all the women in the village are pregnant. When the children are born, they have strange golden eyes and pale, silvery skin. As they grow up, it becomes increasingly apparent that they are not human. The children are able to communicate with each other telepathically and use a form of mind control to protect themselves. A young man who accidentally hits one of them with his car is made to drive into a wall and kill himself. A bull which chases the children is forced into a pond to drown. These are not children you want to argue with about bedtime. 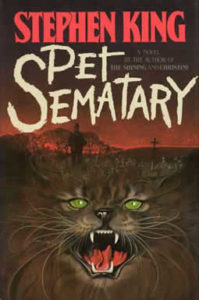 Sometimes dead is better . . . When Louis Creed, his wife Rachel and their two young children, Ellie and Gage move into a beautiful old house in Maine, it all seems too good to be true—and it is. Ominously, there’s a busy highway that runs past the house, and in the woods behind, a “Pet Sematary” where the children of the town bury pets that have met a grisly end on the tarmac. When the Creed’s cat, Church, is run over, their neighbour Jud takes Louis not to the Pet Sematary, but to the “real” cemetery: a far more ancient burial ground. Nothing too bad about that . . . until Church returns home the next day. But then, tragically, Louis’s infant son, Gage, is killed, and he starts to consider the unthinkable . . . Even Stephen King himself considered the novel too dark to be published. 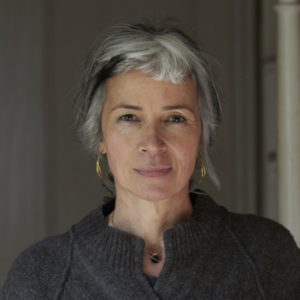 Christobel Kent is among the English language’s finest crime writers—and finest writers, as far as I’m concerned. In poetic,...
© LitHub
Back to top