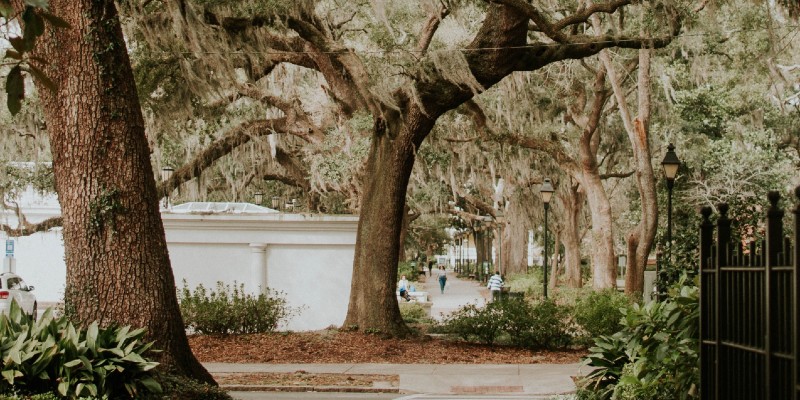 There’s something very cozy about Savannah, Georgia. Could it be the weather, the food, the cocktails, the folk down there? It’s an easy city to feel very comfortable in. Major General Sherman’s decision not to burn down the city of Savannah was bad news for Atlanta but remains good news for heritage lovers. The old town historic district has restored houses, park squares, cemeteries, cobblestone streets and the incredible Live Oaks draped in moss. It’s a history overload and a major reason cozy writers are drawn to Savannah more than most other cities in America. Savannah is a place, we like to imagine, of good manners, porches at sunset, Mint Juleps, romantic Gothic parks and charming southern architecture. Of course, there’s a whole lot more – good and bad – to Savannah, but the cozies have weight in this round up. Which is kinda good as I’ve often been accused of overlooking the cozy sub-genre of crime writing in this column. Just to clarify when I say ‘accused’ I of course mean in the nicest and coziest of ways – in very charmingly written emails offering coffee and cake should I ever be passing the author’s home. So this is a chance to right that wrong and present a particularly cozy Crime and the City (and a few other titles too…)

Mary Kay Andrews’s Weezie and Bebe mystery series is a pretty pitch perfect example of what I’m talking about. Weezie (aka Eloise) Foley, a feisty antique “picker,” banished by her spiteful ex-husband from the house she herself restored in Savannah’s historic district, who must come to terms with a life that has suddenly changed. Bebe is another “Southern Belle”, a term you can use with abandon in a cozy I feel. There are Weezie and Bebe mysteries starting with Savannah Blue (2002), followed by Savannah Breeze (2006), and if all those salty Georgia summer breezes are enough there’s Blue Christmas (2006) and finally Christmas Bliss (2013). Antiquing, historical houses, nostalgic Christmases, and some good southern misfits. The books even come with jackets of cozy pastel colours to help you slip into that Savannah lifestyle.

Bailey Cates’s Magical Bakery Mysteries are also delightful cozies with a Savannah setting – a bakery in Savannah’s quaint downtown district, the Honeybee. Katie Lightfoot moves from Ohio to join her Aunt Lucy in the venture – the twist? Aunt Lucy’s a witch and her recipes are actually spells while customers get murdered quite frequently. Brownies and Broomsticks (2012) see Katie team up with handsome journo Steve Dawes and charming firefighter Declan McCarthy to find out who killed a bakery customer. Bewitched, Bothered and Biscotti (2012) sees Katie graduating as a fully-fledged witch like her Aunt and on the trail of Savannah’s secret societies. And finally, Charms and Chocolate Chips (2013) sees Katie having to bring her powers – detecting and magical – to find out who’s killing members of a local conservation group.

Then there’s Hope Callaghan’s sixteen book-Made in Savannah Mystery series which has the irresistible tagline, ‘Imagine if the Sopranos moved to the South and became amateur sleuths.’ That’s quite a thought! Dead mafia boss Vinnie Garlucci’s devoted wife, Carlita and daughter, Mercedes inherits a historic property in Savannah. Simply no room to run through all sixteen books here but lots of Savannah detail, legends and Carlita’s mafia past might just catch up with her down on the Georgia coast.

So, hopefully a Savannah cozy, or five, for you there.

And some other less cozy Savannah crime novels….

Lisa Jackson’s four-book Savannah series starts with The Night Before (2013). There’s a serial killer loose in Savannah and Catilyn Montgomery Bandeaux wakes covered in blood and no idea how it happened. With Adam Hunt, the city’s new psychologist, she sets out to find the truth. The Morning After (2013) Nikki Gillette survives being buried alive, local cop Pierce Reed hunts her would-be killer across Savannah. In Book 3, Tell Me (2013) Detective Pierce Reed is back and is now Nikki’s fiancé. The two work a twenty-year-old cold case of a local mother accused of murdering her daughter, who was once Nikki’s friend. After a gap Jackson is recently back with the fourth book in the series The Third Grave (2021). Pierce and Nikki back on the cold case trail – this time things getting a little southern Gothic amongst the ruins of the old Beaumont mansion where three graves reveal only two bodies – three sisters and one missing.

And as ever, a finally… which in the case of Savannah has to be John Berendt’s Midnight in the Garden of Good and Evil (1994). There’s no way to leave this behemoth of a successful book of any list concerning Savannah. Not least in that it is still the longest standing bestseller on the New York Times list – 216 weeks! The book starts out as a seemingly quirky take on quaint Savannah: a man walking an invisible dog; an OTT drag queen; an old school southern high-society man – but then unravels into a murder mystery. And it is, in part, also a true crime story – Jim Williams, a Savannah antiques dealer and a historic preservationist, was accused of the murder of Danny Hansford, reputedly his lover. Williams was subsequently tried for murder – four times – acquitted in 1989 and then died in 1990. In the book, and the Clint Eastwood-directed movie, Gothic, sleepy, beautiful historic Savannah is on full display and ultimately is the star of the story.

So, I started out talking up the cozy traditions of Savannah and then mentioned rather a lot of serial-killer-on-the-loose books showing that Savannah is most definitely a city of two distinct halves when it comes to crime writing. And, as John Berendt showed so well, Savannah is pretty much always Gothic – it can be dark, it’s definitely southern but it can also be sweet and cozy and often even the serial killers are charmingly polite.

Share:
crime and the citygeorgiaJohn BerendtMidnight in the Garden of Good and EvilPaul FrenchsavannahSouthern crime fiction 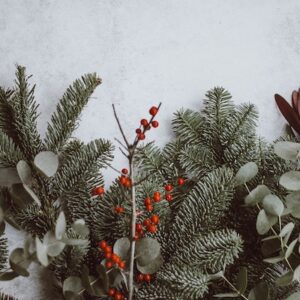 Given the enduring passion of the reading public for Christmas murder mysteries, I am prompted to ask, What is it about Christmas...
© LitHub
Back to top