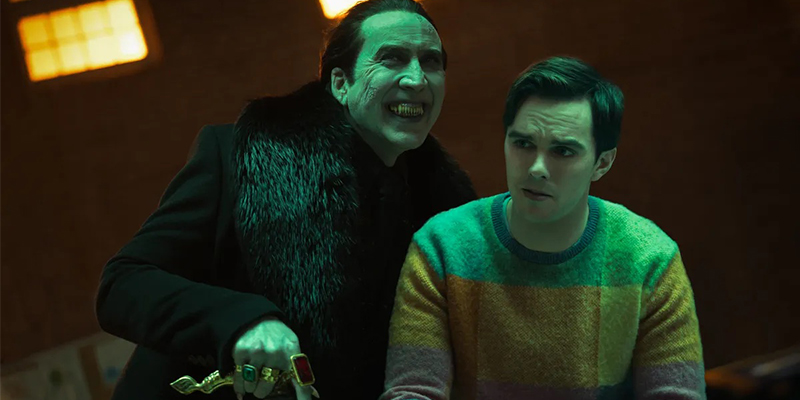 Listen up, my children of the night! There is a new Dracula adaptation in our midst, starring Nicolas Cage. It’s called Renfield, and perhaps you have heard of it, since it has been in development for some time.

But if you have not heard about it, let me tell you. The film is told from the perspective of Dracula’s insane, zoophagous slave Renfield, who longs to end things with his “boss,” the Count. Throughout the years, Renfield has been played (to varying degrees of lunacy) by Tom Waits, Peter MacNicol, Dwight Frye, Klaus Kinski, Mark Gatiss, Arte Johnson, and lots of other people. But Renfield is always a minor character in the Dracula adaptations, and maybe it’s high time he get a movie of his own.

(Just because I love Dracula so much I just have to drop in a little bit of lit crit for a second and say that even in the novel, not much is known about him—even how he came to be Dracula’s slave when he is stuck in a sanitorium in England and there is no reference to an Englishman visiting Castle Dracula prior to Jonathan Harker’s trip. Is Renfield a clue pointing towards a possible failed first attempt to colonize England? Unclear.)

So, in this version, Renfield (Nicholas Hoult) is very tired of having to accept a toxic, exploitative workplace dynamic (and when he explains this, he cites his usual responsibility of kidnapping people so the Count can kill and exsanguinate them).

Maybe this is a little too buzzwordy and topically-eager a gambit for a whole movie (and seems more like an SNL sketch written by English teachers). After all, most of the “subversive,” “let’s topple existing power structures” movies of 2022 didn’t fully pull off their condemnations. Does Renfield have anything meaningful to say about bloodsucking masters and put-upon factotums beyond the joke of its premise? We will see.

Anyway, Renfield also seems to have some sort of superpower-thing, where, when he eats bugs, he gets a burst of energy or something and can fight people well. Somehow, this leads to a friendship with a young policewoman. She is played by Awkwafina. I don’t know where this film is going, but with all of this promised, I am confident that the film will at least have a feature-length runtime.

The big news about the movie is that Cage plays Renfield’s terrible boss Dracula, which is a very exciting development but also feels like it should have happened already? I almost have déjà vu about this, except I don’t because I have been keeping track of the Draculas.

Anyway, the trailer has just dropped!

The movie comes out on April 12th. As Van Helsing says in the book, “we shall wait.” It’s not the most epic quote, but it does the trick. 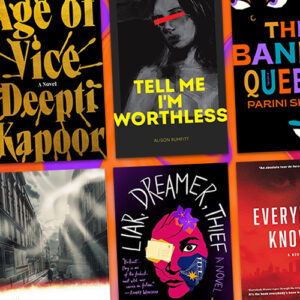 While it still sometimes feels as if 2020 never ended, in terms of publishing years, we're already up to 2023! Which means...
© LitHub
Back to top