10 fantastic new books out in January that run the gamut from hardboiled noir to comical caper...

While it still sometimes feels as if 2020 never ended, in terms of publishing years, we’re already up to 2023! Which means not only a new year, but a whole new set of books to read. There are so many wonderful books coming out this year that we weep at the thought that we’ll never be able to read them all, but here’s a place to start: 10 fantastic new books out in January that run the gamut from hardboiled noir to comical caper, haunted house horror to pure psychological thriller. Also keep an eye out for many more recommendations once we post our giant most anticipated preview! 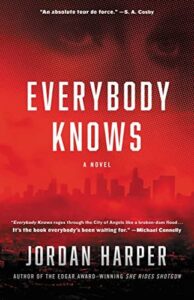 In this pitch-dark version of Chinatown in the #metoo era, a publicist who specializes in getting scandals to go away finds herself in possession of a secret too big to bury. Harper has written for television as well as crafting novels, and his experience with dialogue shines in the propulsive pages of this novel. There are no wasted moments in this book, and every gun is Chekhov’s. When Everybody Knows gets adapted, they won’t need to change a thing. – MO 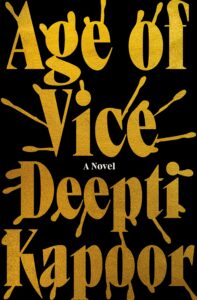 Damn, this book is good. And so epic. Like Renoir’s Rules of the Game, this is a perfectly crafted portrait of the moral degradation of the wealthy, as parties and profits grow to replace right and wrong in the minds of the characters. The story is told through three main points of view: Ajay, the servant whose loyalty will prove his undoing, Sunny, the uber-rich addict who wilts under his father’s expectations, and Neda, a journalist who finds herself inextricably entangled with the subject of her own assignment. The ending is shattering. Actually, this whole book is shattering. So instead of watching that colonialist POS known as Shantaram, read this book instead. –MO 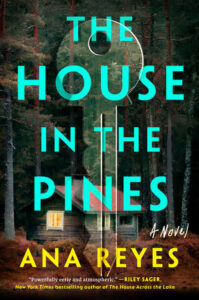 In this deeply unsettling and atmospheric debut, a woman in Boston watches a YouTube clip of a young woman’s sudden collapse and death, an event that eerily mirrors incident from her own youth – right down to the man standing at the edge of the frame. This begins a journey back to her Berkshires hometown and into a mess of old secrets and family mysteries. Reyes has an unerring grip on this suspenseful story, full of barely suppressed adrenaline and shocking twists. –Dwyer Murphy, CrimeReads Editor-in-Chief 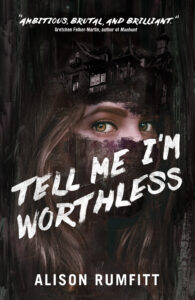 In this intense haunted house story, three girls spend a night in a property cursed by the hatred and violence of those who first occupied its grounds. One is trapped in the house forever, and the other two barely escape, the house’s dark powers having revealed both their vulnerabilities and hatreds to each other. Rumfitt uses body horror and the tropes of the haunted house skillfully to explore the trans experience in an England full of terfs, and Tell Me I’m Worthless contains a strong anti-fascist message for a nation beset by growing prejudices. –MO 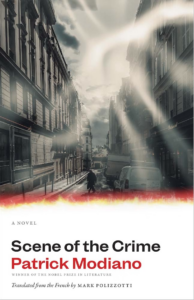 Scene of the Crime is, like other Modiano works, an interrogation of the past and of time itself. A young man finds himself the subject of interes by a shadowy band of strangers with ambiguous connections and motivations. It has something to do with his past, and perhaps with the strange ‘family’ he found himself marooned with for a time in his youth, but what exactly? Modiano’s prose is mesmerizing as ever, translated into English by Mark Polizzotti. The story plays out with the intrigue of a good noir, with an unsurpassed depth of feeling and curiosity. –DM 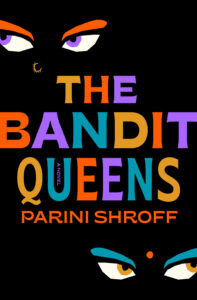 This book is so much fun! In Parini Shroff’s dark comedy The Bandit Queens, the put-upon women of a small Indian village decide to get rid of their husbands—permanently. The plotting begins when Geeta, a village outcast with an undeserved reputation for killing her own husband, is asked by a fellow member of her economic cooperative for some help in disposing of a violent partner. Things quickly spiral out of control as the bodies start piling up, the police get curious, and Geeta enters into a second-chance romance with a quiet widower who runs a speakeasy. And there’s a dog! What’s not to love? –MO 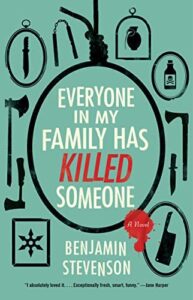 Benjamin Stevenson, Everyone In My Family Has Killed Someone
(William Morrow)

I am so excited for Everyone in My Family Has Killed Someone, Benjamin Stevenson’s smash-hit whimsical murder mystery about coming to terms with who you are (and who you are not). In the novel, our narrator-hero Ernie Cunningham (teacher, crime novel fan, and how-to author) finds himself embroiled in a complicated plot when a family reunion at a ski resort turns into a whodunnit. Could the mysterious events be the work of a serial killer called the Black Tongue? Perhaps. And all this, by the way, takes place three years after Ernie reported his own brother Michael to the police for murder after Michael requested help disposing of a dead body that turned out not to be dead. So, yes folks. I can’t wait for this one. –Olivia Rutigliano, CrimeReads Associate Editor 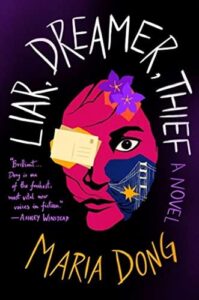 Maria Dong’s debut is both a twisty psychological thriller and a nuanced exploration of mental illness. The narrator of Liar, Dreamer, Thief is a quiet young woman grounded by her daily rituals and overwhelmed by the world around her. She’s more than curious about a coworker, and her reality begins to unravel when she realizes her coworker is just as curious about her. What is he hiding, and why does she so desperately want to know? The extremely satisfying conclusion will leave you gobsmacked. I gobbled this one up in an evening, and I highly recommend it for the cold nights ahead. 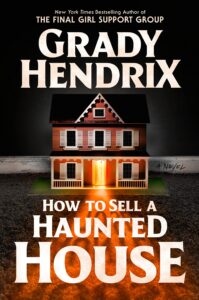 Grady Hendrix, How to Sell a Haunted House
(Berkley)

I am not exaggerating when I say that Grady Hendrix’s Paperbacks from Hell newsletter saved me from losing my sense of humor during the pandemic. His hilarious, metatextual horror fiction is absurdly entertaining, and his new novel, How to Sell a Haunted House, promises to skewer the tropes of hauntings while paying homage to a long history of supernaturally possessed homes. And in a country beset by widely aging housing stock, this book is probably more practical than any of us would like to admit. –MO 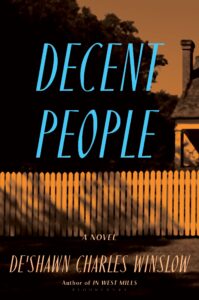 In De’Shawn Charles Winslow’s second novel, also set in the deeply divided and very segregated town of West Mills, North Carolina, three siblings are found shot to death soon after Ms. Jo Wright moves back to town, and she’s determined to clear her new paramour of any suspicion. After all, the three siblings were not well liked, and the professional success of one, a doctor, may have made them all targets of racist violence. And everyone in town appears to have secrets…–MO 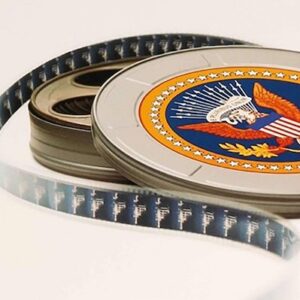