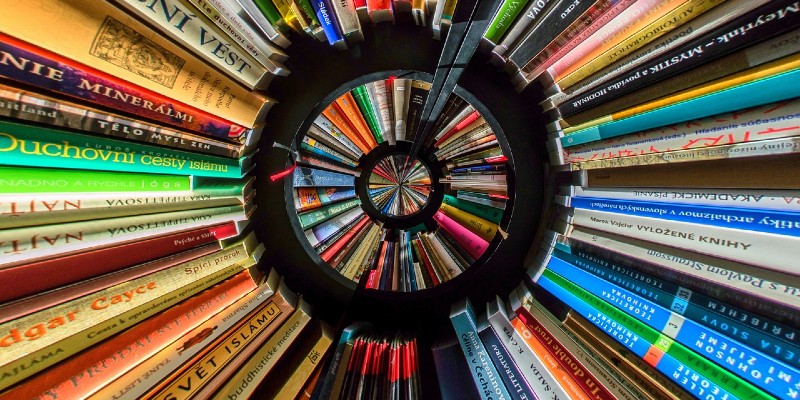 Victoria Thompson has written over fifty novels, and counting. These are the questions she's asked the most often.

During my long writing career, I’ve spoken to many groups, and when it gets to the Q&A part of the program, I can usually count on being asked at least one of two very common questions. Probably the most common one is, “Where do you get your ideas?”  This question always comes from readers who aren’t also writers (aka Normal People). Storytelling can be a mysterious process if you weren’t born with the storytelling gene, and it’s easy to understand why people would ask this question. 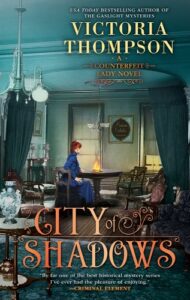 I don’t know if they’ve identified the storytelling gene on the DNA string yet, but I know it exists. It also seems to be hereditary. I can actually trace it in my own family tree. My Aunt Julia was a master storyteller who could turn the most ordinary event into a hilarious anecdote. Her daughter Nancy inherited this trait.  Neither of them were writers, but that might be because of the culture they were born into rather than to a lack of ability.

My sister and I are storytellers and also writers. I, of course, write fiction and can also tell a great anecdote. My sister, Dr. Sue Bredekamp, is an internationally recognized expert in early childhood education. She has written a shelf-full of books on the topic in which she uses delightfully recounted stories about real children to illustrate her points. Both my daughters write, and my grandchildren have been creating their own graphic novels since they could hold a pencil. It’s like a family curse, except that it’s also a gift.

If you don’t have this gene, though, it’s difficult to understand how someone can think up a story big enough for a short story, much less a whole book. Some writers have come up with clever retorts to explain where they get their ideas, such as, “A Post Office box in Poughkeepsie.” Jokes aside, the truth is that storytellers get ideas from everywhere, whether they want them or not.

I remember as a child looking out the window on long car rides. I would see an interesting house and make up a story about the people who lived there. Every news story I see, every pop culture report I read, every book I devour, every person I meet, every conversation I have or even overhear,  they all go into my memory bank. Sooner or later, something sparks an idea and I mix and match it with other things in the memory bank, then research any missing parts, and that’s how a story is born.

If none of that makes sense to you or even seems possible, you’re probably a normal person. Thank your lucky stars and live your life in peace. If you understand all that, however, then you’re a storyteller, and you have my sympathies because you will forever be haunted by stories and characters clamoring to be written down, which is both the blessing and the curse of being a writer.

The sad truth is that no matter how much you might want to write a book someday, if you don’t have the storyteller gene, you’ll probably never get an idea worth writing down. If you do have it, you will be faced with the decision of whether to surrender to the muse and spend years of your life sitting in front of a computer or to just be satisfied with having the ability to entertain people with interesting anecdotes. My advice to you is stolen from many famous writers before me who said, “If anything can keep you from writing, let it.”  Because it’s hard work and telling funny stories at parties is a lot easier.

The second most frequently asked question writers receive is some variation of “What is your writing process?” Often it is phrased more like, “What is your writing day like?” The people asking this question are storytellers who are actively writing. What they really want to know, I think, is if they’re “doing it right.”

Most of us start writing all alone with no instruction or even an idea of whom to ask for advice. We eventually start reaching out, looking for more information on this mysterious profession, and the internet is loaded with advice and instruction. Knowledgeable writers and teachers have written a plethora of how-to books on virtually every possible subject related to writing, telling people how to plot, create characters, write dialogue, stir up conflict, keep readers turning pages, etc., etc. In spite of all the information available, classes being offered, organizations that will help writers of every genre, and conferences with expert speakers on every subject, writers still keep asking other writers what their process is. So let’s take a look at the possibilities.

I’ve known lots of writers in my career, and I’ve heard a lot of really interesting techniques for putting a book together. One writer told me she writes 100-page synopses. I disagreed. I told her she writes a very rough 100-page first draft. Some people write all the dialogue first and then go back and put in description and narrative. Some people do the description or maybe something a little rougher, like “they get in the car” and then go back later and fill in the details. Most people write the book in order, from beginning to end, but some people (I’ve known several!) write random scenes as they think of them in no particular order, and when they think they have enough scenes, they string them together into a story.

Now I must confess to my writing process, which I don’t usually do in mixed company, but here we go.  I am a one-draft writer. There aren’t many of us, but we tell each other we should not be ashamed to admit it. I became one because—and this is much easier to admit—I am lazy. I re-wrote my first novel three times (at least), by hand and on a manual typewriter. I thought to myself, “That was a lot of work. I’m never going to work that hard again, so I’ll have to figure out how to get it right the first time.”  And I did, because I’m just that lazy.

The first twenty novels I wrote were historical romances, which have a definite structure, so it was easy to outline the entire book before I started writing. Then I would follow my outline, making changes as necessary but nothing really big because it was all there. I’d start each day by reading what I’d written the day before and making any edits or additions. Did I forget to describe the room? Yep, stick that in. Then I’d pick up and start writing where I left off. When the book was finished, I’d do a final read-through and make any additional edits or corrections. Did I leave someone locked in a closet? Oops, fix that. Then I’m done. I type The End and send it off.

My next thirty (and counting) novels are mysteries, and I don’t outline them because if I know who the killer is in the beginning, I make it too obvious and have to change it anyway, so I just figure out the victim and a few people who might want him/her dead and start writing. Oddly, I still use the same daily techniques and I still only do one draft.

Did any of these process descriptions make you want to scream and tear your hair? All of them but mine did for me! Maybe one of them resonated with you or maybe none of them did because you do something completely different. The important thing to know—and I can’t emphasize this enough—is that there is no “right way” to do this. Your process is your process and whatever works for you is how you need to work.  Finding out how other people do it is interesting, but no one is going to tell you some magic technique that makes this any easier because nothing makes it easier. If it was easy, everyone would do it!

So now you know the two biggest secrets in the writing world. 1) Storytellers are hardwired to get ideas and normal people aren’t. 2) Your process is your process and it’s right for you.

And if I’ve discouraged you from writing, you’re welcome! 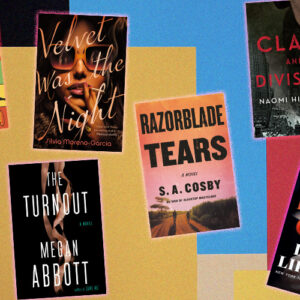 The CrimeReads editors select their favorite crime novels, mysteries, and thrillers of the year. Check back in the coming...
© LitHub
Back to top