Or, We Are All Exactly as Animal as Each Other

When I was a kid, I kept the pockets of my winter coat stuffed with sugar packets and flavored creamers that I had pilfered from Sheetz, the convenience store down the street. In my mind, these were supplies. I wanted to be ready.

An anxious, overimaginative child, by age seven or so I was already beginning to chafe at the confines of society. The constant demands to sit still and be quiet. To do as you are told. To be a good girl. To smile. To be happy.

To be feral then, by definition, is to be free.

Of course, it is more complicated than that.

Every real-life case of a so-called feral child is a tragedy. You cannot have a feral child without, first, a crime. At the very least abandonment and neglect. Sometimes worse.

I cannot remember which historical feral child I read about first. Perhaps it was Victor of Aveyron, who was found living in a forest in southern France and presumed to be about twelve. He did not speak. His body was marked by scars. After his initial capture by hunters, he escaped back to the forest several times. He was studied by a series of interested parties—a professor, a priest, a medical student—each wishing to test Enlightenment theories about the nature of humankind.

Or it might have been Amala and Kamala, the sisters from India. A missionary penned a lurid account of their capture and subsequent years in an orphanage. He claimed that the girls had previously lived with a pack of wolves, and ascribed animalistic attributes to them—unusually sharp teeth, eyes with the distinctive glow of tapetum lucidum.

His account was falsified and exaggerated, but the sisters do seem to have existed. I suspect that when presented with a girl, perhaps one with developmental or neurological differences, this man was unable to see a child.

It was easier, for him, to see an animal.

Most of these children cannot tell their own stories, so they become objects onto which adults project their philosophies of the soul, or their theories of language acquisition.

These are old cases, but the phenomenon persists well into the present era. In 1998, a Russian six-year-old named Ivan Mishukov was found living with a pack of wild dogs. In 2004, Andrei Tolstyk was discovered in similar circumstances. Both situations were the result of neglectful, alcoholic parents.

Then there is the well-known case of Genie Wiley, a child who never lived in the wild but who is nonetheless called feral. She was kept locked in a single room, often strapped to a chair, for nearly thirteen years. After her discovery and rescue, she was the subject of intense study and passed through a series of foster homes at which she was also abused.

You’d hope that Genie is an entirely unique case, but she is not. In the 1930s, a child known only as Anna was shut away in an attic for over five years for being illegitimate. Danielle Crockett, found in 2005, was kept in a dark, closet-like room for seven years. Danielle, at least, was adopted and cared for, not studied.

There are other cases of feral children—Marie-Angélique Memmie Le Blanc, the “Wild Girl of Champagne,” for instance, or Marina Chapman, the “Girl Raised by Monkeys.”

That these children were able to survive their circumstances is certainly remarkable, but there is a fine line, I think, between admiring their resilience and romanticizing them. Jo, the narrator of my novel Some Kind of Animal, struggles with this when dealing with her wild sister, who lives a seemingly feral existence in the forests of rural Ohio. At the beginning of the book, Jo envies her sister’s freedom. She indulges in the same kind of daydreams I used to—about running away, leaving the whole world behind.

Wouldn’t it be nice to shrug off all the rigid, often strictly gendered expectations of society and just run naked through the trees?

I worry, however, that labeling any child “feral” is inherently flawed. There are thousands of instances of child abuse and neglect that do not make headlines that are perhaps more mundane than the cases above. More quotidian, but just as evil.

And a child does not require the intercession of wolves to be a bit wild.

The wildness of my childhood was a modest sort: eschewing shoes, rolling in mud, finding a butcher knife buried in the dirt of the abandoned lot behind my house where the overgrown bushes formed a natural fort.

I have heard people, colloquially, use the term feral to refer to children who run around without adult supervision. I think there is a danger in equating some children—those who do not act as we wish they would, those who do not fall in line, those insufficiently ‘domesticated’—with animals.

Feral cats are often captured, sterilized, and released to prevent overpopulation. That is, in my opinion, a kind and good practice.

During the twentieth century, the United States sterilized over 60,000 human beings against their will in the name of eugenics. Targeted groups included poor, disabled, mentally ill, Black, and Native American people.

I put those two facts together, but to do so was dangerous. It invited comparison. They are not the same; sterilizing cats is a world away from sterilizing people. Equating the actions is part of the racist justification that allowed so many people to condone the latter one. Comparison can be dangerous.

All humans are animals, sure. But to posit that some of us are more animal than others is to go down a dark and scientifically false path. We are all exactly as human, exactly as animal, as each other.

But no matter what, they are no more or less an animal than a man in a fancy suit on his way to a job in an office.

The story I wrote was inspired by my interest in feral children and is, to some degree, an adventure. Jo, the protagonist, gets a taste of what it is like to escape. But it’s a pretty dark book, too. Her feral sister has survived, but she is scarred, suffering from years of fear, neglect, malnutrition, and stunted development. Jo tries to protect her sister from harm, from exploitation, from capture, but she is rarely sure if what she is doing is right.

Feral children offer us a fresh window into our humanity.

But it is not the ways they’ve adapted to their extreme conditions that is most revealing nor the ways they do or do not reacclimatize to our society. It is how other humans treated them before they were lost and how we treat them after they are found. 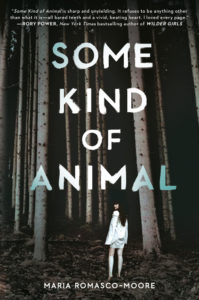 Maria’s first novel, SOME KIND OF ANIMAL(Delacorte Press; on sale August 4, 2020; Ages 14+) was born from Maria’s lifetime of frustration with restrictive gender roles. In this darkly atmospheric and disquieting YA debut, Maria dares to ask: What would it be like to just run away from everything?

To Understand the Appeal of Cults, We Turn to Fiction 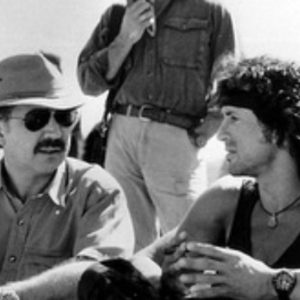 David Morrell shakes his head when someone tells him he was an overnight success. Yes, he had a book contract signed shortly...
© LitHub
Back to top