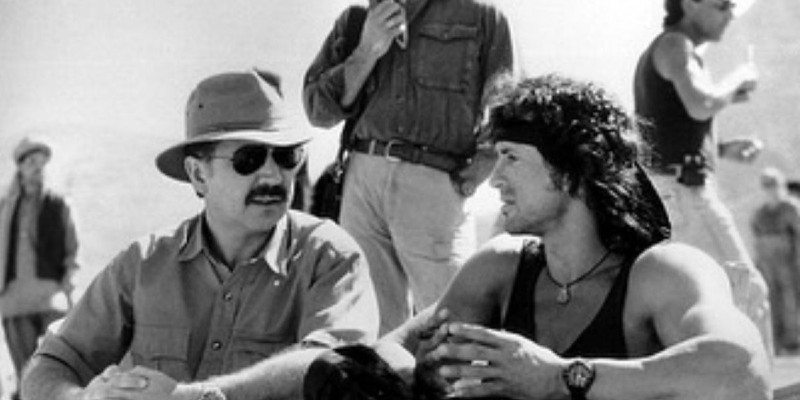 How the 'First Blood' author went from being a graduate student writing Faulkner imitations to reinventing the action novel.

David Morrell shakes his head when someone tells him he was an overnight success. Yes, he had a book contract signed shortly after submitting his thriller, First Blood, to his agent, Henry Morrison. And within a year his fame was worldwide. Many dream, but few accomplish what he did. But his route to success was long and winding.

Morrell dedicated 12 years of his life, trying to learn to write and complete his first novel—much of it, he admits, was wasted. For eight of those years, he was a university student (undergrad and grad) and learning to write the wrong way, he says. After much rejection, he discovered he had to re-learn what he thought he already knew.

It all began for the Canadian as a restless 17-year-old high school senior. He readily acknowledges he was a troubled kid more interested in pool halls than sentence structure. But then one Friday evening in 1960, he watched the premier of a new television show, “Route 66,” and it changed his life. He was taken by the show’s storyline about two restless men moving from adventure to adventure across America, exploring the mores and social issues of the ’60s. He felt its relevance to his own life. He’d never seen anything like it—a combination of action and philosophy that while maybe not mimicking his own restlessness, came close enough to leave him gobsmacked.

He read the show’s credits, noting that Stirling Silliphant was the creator. His local library found the address for the “Route 66” production company (the beginning of Morrell’s love affair with libraries). He mailed Silliphant a hand-written letter, saying “I want to be you.” Surprisingly, Silliphant wrote back with a single-spaced, two-page letter within the week. (The framed letter now hangs in Morrell’s office.)

“I wish I had some specific advice for you or encouragement,” wrote Silliphant, “but what I have to say is certainly not new. Keep writing…eventually if you have something of promise to say, someone will help you or hire you.”

At about the same time, Morrell was working a summer job in construction and carrying a long piece of lumber when he turned and accidentally knocked a co-worker off a wall. He was fired at lunchtime and sheepishly went home to an empty house. To pass the time before his parents arrived home, he flipped on the television and began watching whatever was on. In this case, Rod Serling’s “Patterns,” was playing. It was a film adaptation of a Kraft Theater drama about the morality of fighting to climb the corporate ladder—no matter who gets hurt in the process. The story concludes with the corporate chieftain challenging a young, outraged executive, to wrestle away the boss’s job. Morrell was enthralled by the theme and structure of the film and became more interested in writing and reading than mischief.

So by 1966, he earned his B.A. in English from St. Jerome’s College (now a university) in Ontario, Canada, and then moved to the United States to study with Hemingway scholar Philip Young at Pennsylvania State University. There he would eventually receive his M.A. and Ph.D. in American literature. He wrote his master’s thesis on Hemingway’s style and his doctoral dissertation on John Barth.

While at Penn State, he met science fiction writer Philip Klass, better known by the pseudonym William Tenn, who taught the basics of fiction writing.

“It was astonishing that a university would hire a real writer. He did not have a degree. He was the backbone of their creative writing department…I couldn’t get into his classes. They filled up right away. So Klass agreed to meet me during office hours.”

To test Morrell, Klass instructed him to turn in a short story every week, and every week he did.

Eventually Klass summoned Morrell to his office and begged him to stop writing fiction. “You’re terrible,” he said.

“He was right,” Morrell says. “I was writing bad Joyce and Faulkner.”

From Klass, he learned “every writer has a dominant emotion.” Morrell’s was fear. Maybe if he wrote honestly about fear, Klass told him, he would stop writing all of his horrible imitation fiction.

So Morrell wrote a short story about a man being stalked by someone in a forest.

“This was before James Dickey’s Deliverance and the serial-killer genre,” he says. “Hardly anything like it had been written before. Again, Klass summoned me, but this time, he wanted to know what had happened to change me. He said that I’d written a David Morrell story instead of imitating other writers.

“Klass wanted to know if I’d been reading Geoffrey Household. When I said I didn’t know who Household was, Klass gave me a copy of Household’s 1939 novel, Rogue Male, in which a British big-game hunter stalks Hitler on the eve of WWII. The hunter is captured on the first page. I’d never read anything like Household’s outdoor action sequences. ‘You mean you’re allowed to write this way?’ I told Klass.”

As a graduate student in 1968, Morrell (now 25) taught first-year classes in composition. Several Vietnam War veterans were among his students. During discussions, many opened up about the war and what it was like to come back to the States. Some described nightmares, sweats, panic attacks, anger, difficulty in relationships, drinking problems, and other symptoms of what today is known as Post Traumatic Stress Disorder.

“I got to thinking that the war had come home.”

“I got to thinking about them in the context of the riots at the Democratic convention in Chicago in 1968 and the other riots caused by the assassinations of Martin Luther King, Jr., and Robert Kennedy, all in the same year. Not ten riots or fifty riots, but several hundred riots, some within blocks of the White House. I got to thinking that the war had come home. It was only a little step to imagining a war hero coming back, outraged by what he’d learned about himself in the war. I started working on First Blood.”

One evening, Klass invited Morrell to a housewarming at his new home near the Penn State campus. Two of the guests were Klass’s agent, Henry Morrison, and Morrison’s client—novelist Donald Westlake. The two drove from New York City to State College to visit their friend, and Klass introduced both to Morrell.

The party was packed, and the only place Morrell could find to sit and talk with Westlake and Morrison was the staircase. Their conversation was continually interrupted by guests going to and from the upstairs bathroom.

“I had never pitched before. I told them about First Blood. They were generous with their time. I was nervous.”

The story, he explained to them, was an allegory about America. It was about a police chief, Wilfred Teasle, an Eisenhower Republican and a war hero from Korea. Pitted against him was Rambo, whose outrage about what happened to him in the war almost made him one of the young people protesting against it. The third major character was Col. Sam Trautman, the Special Forces officer who trained Rambo and whose first name was meant to evoke “Uncle Sam,” the system that created Rambo and was about to destroy him.

After Morrell finished explaining, Morrison looked at Westlake. “What do you think?” he asked.

“I think it’s a hell of an idea,” Westlake replied.

Every six months, he wrote Morrison to remind him of their conversation. In 1970, he moved to a teaching position at the University of Iowa, where Young had earned his Ph.D. years earlier. In June of 1971, he finished his novel and sent it to Morrison. Three years had elapsed since he started writing it.

“We wondered if anyone would be brave enough to take it because the violence was so intense. Our best hope was for a paperback sale.”

“We wondered if anyone would be brave enough to take it because the violence was so intense. Our best hope was for a paperback sale.” Instead, M. Evans and Company (well known for publishing Body Language, Open Marriage, and The New Aerobics) published it in hardback.

In May of 1972, every major newspaper and magazine in the U.S. reviewed it and gave it a positive review, except for one place: Time magazine. “The reviewer was so offended by the intense action that he called it ‘carnography,’ the equivalent of pornography,” Morrell says. “It was the only bad review, but it was probably the most important because it recognized that First Blood would change the way action books were written. In hindsight, most people welcomed the change, even if Time’s reviewer didn’t.” 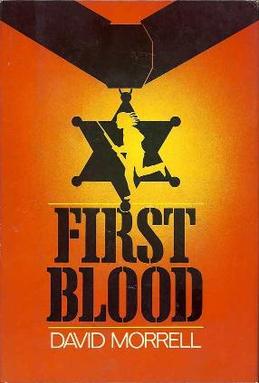 “I look back at that time in kind of a daze. I had no expectations,” says Morrell. “I’d been given $3,500 for an advance on the hardback, ten percent of which went to my agent, another ten percent of which went to a contract attorney, and a lot of which went to the IRS. I was earning $12,500 as an assistant professor and was thankful for my day job. Then came the paperback sale for $85,000 and the movie sale for $90,000, all of which was big money in 1972. But Klass had taught me that writers had good years and bad years and that if I spent what I earned, I’d start to ‘write scared,’ so the writing money went into the bank, and my wife, daughter, son and I lived on my gradually increasing professor’s salary.”

After forty-five years, First Blood has never gone out of print. The film, released in 1982, became the basis for one of the most successful film franchises in Hollywood history and is shown every month on television.

“It amazes me,” Morrell says. “My story is not the usual one. The only thing another writer can take from mine is that good stuff can happen. Hemingway spoke of talent, discipline and luck, and of those, he said luck was most important.”

In the case of David Morrell, the ability and discipline can’t be discounted, either.

Decided to write a novel: While in high school

Like this? Read the chapters on Lee Child, Michael Connelly, Tess Gerritsen, and Steve Berry. 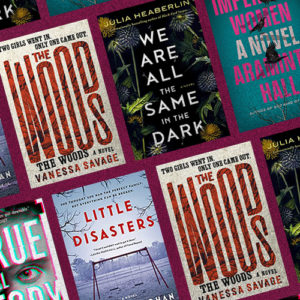 Since we are all friends, I have a confession: crime fiction is failing me lately. All books are. Don’t apologize. It’s...
© LitHub
Back to top