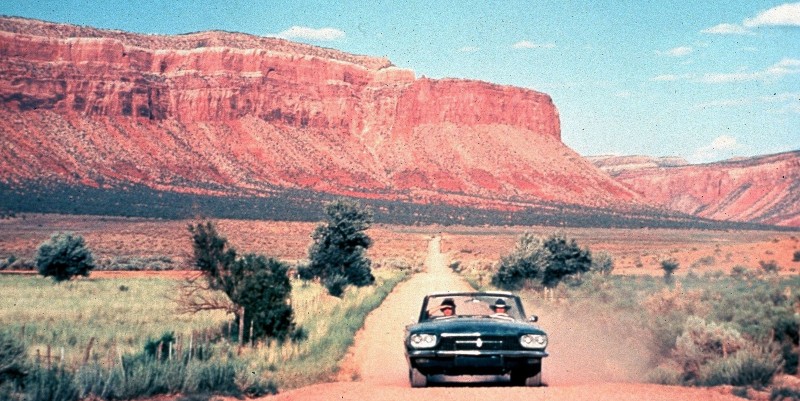 Friendship, revenge, and two women who just weren't going to put up with it anymore.

There’s a moment in the first half of Thelma & Louise—after Louise shoots and kills Thelma’s attempted rapist, but before the women fully commit to their eventual crime spree—when Thelma mentions the husband she left at home.

“He is an asshole,” she casually explains to J.D., the charismatic young drifter they pick up from the side of the road. “Most of the time I just let it slide.”

In the second half of the film—after J.D. steals the envelope of cash the women had planned to use to start a new life in Mexico—Thelma robs a convenience store at gunpoint, locks a smug police officer in the trunk of his car, and shoots at a misogynistic truck driver’s fuel tanker until it explodes into a mushroom cloud of greasy flames. After a lifetime of tolerating mistreatment from the men in her life, she has transformed into a woman who lets absolutely nothing slide.

And it’s a revelation.

When Thelma & Louise premiered thirty years ago—on May 24, 1991—such unapologetic expressions of female rage were unheard of in mainstream pop culture. Which probably explains why screenwriter Callie Khouri had such a hard time getting it made in the first place.

“There were a lot of people who just didn’t understand it,” Khouri once told NPR of her struggle to secure backing for the film. “When a script goes out they have people who read the script and write up the notes. And some of the descriptions of it that I saw were just 180 degrees from what the intention of the story was, the tone, everything.”

Thankfully—after an arduous journey through the Hollywood machine—the script found its way to director Ridley Scott, who would eventually bring Khouri’s vision to life with the help of brilliant performances by Geena Davis and Susan Sarandon in the titular roles.

While the film was a commercial success, critics and audiences were famously divided. Some—who, in my opinion, missed the point entirely—claimed it glorified violence and male-bashing. Many others praised the film for its impeccable blend of drama, comedy, action, character development, and subversion.

While I wasn’t privy to the conversation upon its initial release (I was barely out of diapers), I’d eventually discover the film as a young adult and grow to develop an obsession with the two main characters.

I identified so deeply with the rage that fueled them. Although I wasn’t a woman myself, I had essentially shared a psyche with my single mom growing up; we were so close that it was often impossible for me to witness the emotional pain she endured from her various toxic boyfriends without absorbing much of it myself. Plus I had my own litany of grievances against men—from the generation of Eminem-parroting homophobes I grew up around to the cheating jerks I’d jump into my own toxic relationships with throughout my late teens and early twenties.

Which brings me to my debut novel, Burn It All Down (out May 25th from Little, Brown).

I had always known I wanted to write a story that follows a young Italian-American single mother and her gay son as they wrestle with their shared weakness for bad men, but I often got stuck during the brainstorming phase. I was focused on constructing a quiet plot—a journey that was focused inward, with my two main characters breaking their self-destructive patterns through a series of subtle, ordinary revelations.

But something was off with this approach. I could never muster the enthusiasm to write more than a chapter or two before losing steam, so I shelved the idea for years, focusing on other projects in the meantime.

Then—one afternoon in late 2018—I happened to re-watch Thelma & Louise.

Suddenly it became clear: my characters were far too angry (and my timeline far too short) for a “quiet” arc. Before they could see clearly, they needed to exorcise their rage. They needed to burn some shit down, hold the men in their lives accountable for their horrible behavior, and “stop cooperating with things that were absolutely preposterous,” as Khouri herself has said of Thelma and Louise’s own character arcs.

Once I decided that my two main characters—18-year-old aspiring comic Joey Rossi and his 34-year-old hairdresser mom Gia—would embark on a crime spree of their own, the story came together quickly. They’d exact their revenge and worry about the repercussions later.

I’m far from the only writer who’s been inspired by the thirty-year legacy of Khouri’s enduring tale. The film is frequently referenced as a pitch comp in Publishers Marketplace deal announcements, and in 2017 journalist Becky Aikman wrote a book-length narrative account of the film’s history entitled Off the Cliff: How the Making of Thelma & Louise Drove Hollywood to the Edge.

Pop culture references to the titular duo have become so commonplace over the years—in film/TV dialogue, song lyrics, cultural criticism, etc.—that the phrase “Thelma & Louise” has become a universally understood shorthand for pretty much any tight-knit female friendship, crime or no crime.

But even if the film has now been so deeply absorbed into our cultural consciousness that its name has assumed a meaning beyond itself, it’s important to remember how it all began: with the unapologetic expression of rage by two characters who—in any other movie—would have been expected to sit back and tolerate their mistreatment.

Throughout the pages of Burn It All Down, Gia and Joey are occasionally called “crazy” by the men in their lives, purely because they too refuse to tolerate their mistreatment. And instead of giving that label more negative power than it deserves, they decide to claim it as a badge of honor—much like the iconic duo who inspired their journey.

“I guess I went a little crazy, huh?” Thelma asks Louise as their crime spree speeds toward its tragic yet still somehow triumphant conclusion.

“No,” Louise responds as their Thunderbird zooms through its final dust cloud. “You’ve always been crazy. This is just the first chance you’ve had to express yourself.” 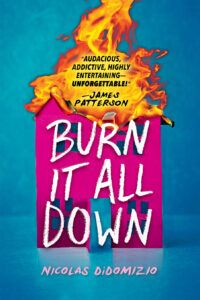 Nicolas DiDomizio holds a bachelor's degree from Western Connecticut State University and a master's degree from NYU. Prior to his career in fiction, he wrote for the internet for several years while also working in corporate roles at Condé Nast, MTV, and more. He lives in upstate New York with his partner Graig and their adorably grumpy bulldog, Tank. Burn It All Down is his debut novel. Follow him on Twitter at @ctnicolas and Instagram at @nicdidomiziobooks.

The Power of Process: Getting to Know Characters by Watching Them Work 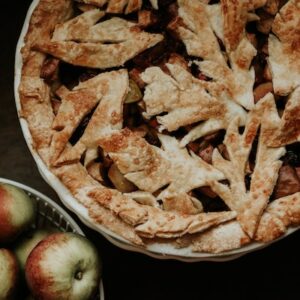 Who would have thought we had to know how to cook to write mysteries? Daryl Wood Gerber and I have laughed about that many...
© LitHub
Back to top