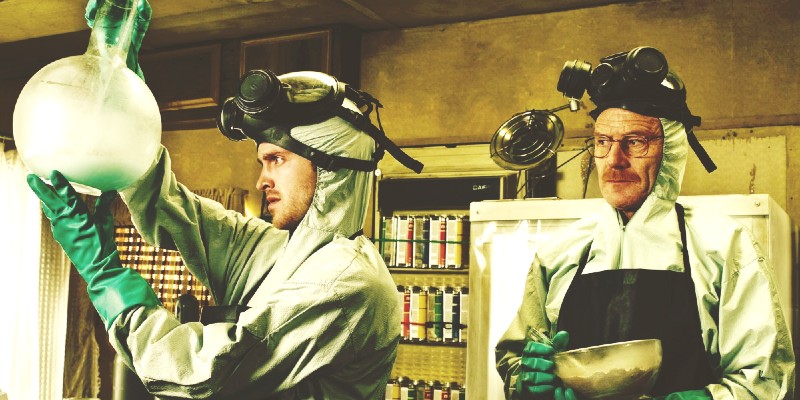 The Power of Process: Getting to Know Characters by Watching Them Work

On the biggest difference between 'Breaking Bad' and 'Ozark', and why portraying work is such a powerful tool.

What’s the difference between Breaking Bad and Ozark? Both are stories about husbands and fathers who fall into criminal enterprises while trying to provide for their families. Both shows have a strong sense of place and local culture. And both explore the entire moral spectrum between elemental survival and boundless greed. (Also, both require a moderately strong stomach since they occasionally dip their toes into Quentin Tarantino levels of violence.)

But there is one important way in which Breaking Bad and Ozark are fundamentally different: the extent to which each show exposes process—not just what the characters do, but how they do it. Breaking Bad teaches us the intricacies of manufacturing crystal meth inside everything from an old RV parked in the middle of the desert to a secret, high-tech, custom-built laboratory. We learn about precursors extracted from mountains of Sudafed collected all over New Mexico by “Smurfs,” purchased in bulk as industrial chemicals by shell companies, and stolen during a brazen and fantastically tense train heist. Not only are we treated to some of the most artful montages in television history, but process is the primary way we get to know our main characters.

Ozark, on the other hand, takes the position that money laundering is too banal to be treated as anything more than a conduit leading to the real action. Early on, we are fed a few teaspoons of exposition after which it is enough for us to know that “cleaning equals crime.” We know that Marty Byrde is a money laundering savant not because we witness his genius firsthand (with the exception of one or two brief scenes of him browbeating and then unleashing on a laptop), but because other characters never miss an opportunity to tell us. Even as the show introduces the allure of river boat casinos—and Jonah, Marty’s son, makes what feels like obligatory references to cryptocurrencies—Ozark consistently underdelivers on the promise of deep process exploration, and we are left feeling like we’ve been sent to the kids table in the kitchen while all the most interesting conversation happens just out of earshot.

Admittedly, cooking books may not be as visual as cooking meth, but I would argue that chemistry isn’t inherently much more captivating than money laundering, and that it’s Breaking Bad‘s incredibly creative packaging of process that gives it its mystique and appeal. At the very least, Ozark misses out on opportunities to introduce symbols of process that subliminally convince us that these characters are the Mozarts of modern crime. For example, why doesn’t Marty carry around a nerdy external USB number pad that he insists on plugging into every laptop he uses in the same way Walter White fetishizes the 5,000 ML round bottom boiling flask he stole from his classroom? Or why doesn’t Marty cover himself and his laptop with a blanket or a towel every time he enters a password—an anti-surveillance trick brought to us courtesy of Edward Snowden—like Heisenberg dons his pork pie hat whenever he needs a little additional courage?

None of this is to say that Ozark is a bad show. I’ve watched every episode—even stuck with it through some pretty baffling plot holes—and the introduction of Wendy’s bipolar brother in season three makes for some exceptionally good TV. It isn’t that I’m disappointed with what Ozark is; it’s that I’m wistful for what it could have been.

Taking process off the table means you are left feeding your audience a far less balanced diet. Too much relationship drama starts to taste a lot like a soap opera; one twist too many is disorientating at best, and at worst, feels forced; and the cat-and-mouse dynamic between cop and criminal, while often some of the juiciest storytelling material, is best slow-cooked over low heat. The exploration of process binds all these other storytelling elements together. It lets you take your audience places most of them have never been and opens up new dimensions that can give your characters unexpected depth.

Of course process, like all powerful storytelling devices, can be tricky to wield effectively. One of my favorite shows of the last several years is Billions, and while it does frequently and effectively embrace process, it occasionally falls into well-worn ruts. The first few times we witness wealthy and powerful individuals identify a seemingly unattainable objective, then figure out exactly who to blackmail or what favors to cash in on in order to get what they want, it feels sordid and sleazy in the best possible way. But the twentieth time is as predictable as it is forgettable.

I think it’s generally accepted at this point that movie sequels are almost never as good as their predecessors, and I would argue that the primary reason is process—or, more precisely, lack thereof. The first Iron Man movie was, in my opinion, the best of Tony Stark’s narrative if not the best of the entire Marvel franchise. It was the one where we got to see the process of a gifted and arrogant gazillionaire transform himself from a vulnerable human being into a heavily armored superhero. We got to see the clunkiness of the first prototype followed by the frustrating and messy process of iteration. Even though we never really know exactly how the suit works, it feels real and believable in a way we seldom witness in superhero movies. Origin stories are a special form of process, and once they are told, it’s easy for sequels to fall back on barrages of action sequences where cities crumble around seemingly invulnerable forces as they bash away ever-longer runtimes.

Stories that unfold on screens versus those that manifest in your imagination are obviously bound by very different constraints around process. Novels have the luxury of exploring processes that are far less visually stimulating in a way that, on screen, usually get condensed into highly concentrated exposition (which, at some point, almost always contain the phrase “You just don’t get it, do you?”). In Jurassic Park, Michael Crichton could take as many pages as he needed to talk about extracting genetic material from mosquitoes trapped in amber and then using it to engineer dinosaurs as long as he did so in a way that kept those pages turning. But on the movie side, we—along with the main characters—are brought up to speed in just over two minutes through the intentionally Disneyesque Mr. DNA sequence. Over the course of more than six hundred pages, the thriller I Am Pilgrim by Terry Hayes gets into methodical yet fascinating detail around everything from a bizarre murder in a cheap New York hotel to a terrorist synthesizing a strand of small pox capable of crashing through modern vaccines. (I’m looking forward to an adorable Mr. Smallpox sequence in the film adaptation.)

My newest novel, Scorpion, is a near-future thriller that is both character- and process-driven. Quinn Mitchell is a nine-to-five spy—a CIA analyst who searches for patterns in data during the day, and on evenings and weekends, leads a quintessential domestic existence in the suburbs of Washington D.C. Like everyone in the law enforcement and intelligence communities, Quinn has heard of the international serial killer known as the Elite Assassin—and specifically about how he leaves random four-digit numbers carved into his victims’ flesh—but the murders are gruesome enough that she’s avoided the details. After INTERPOL exhausts all possible leads, and finally approaches the CIA asking to borrow one of their top analysts, Quinn’s quiet and predictable office job turns into the type of assignment she never expected to get—and that changes her life forever.

Scorpion approaches process from two distinct perspectives: Quinn’s investigation, and the Elite Assassin’s seemingly miraculous ability to both get to his next victim, and stay several steps ahead of the combined resources of several nations. The former is rooted in the CIA’s high-tech (but frustratingly budget-conscious) gadgetry, and the latter in the illicit data networks and exotic weaponry of the underworld. The wildcard is a physicist named Henrietta Yi who is working on one of the most expensive and secret government experiments since the Manhattan Project designed to give U.S. intelligence agencies the decisive advantage in all future global conflicts.

When I say that Scorpion is both character- and process-driven, I mean that, in many ways, the two are inextricably intertwined. We learn about characters through backstory and interactions with other characters, of course, but we also learn something deeply personal about them through how they problem solve, respond to failure, and overcome self-doubt. Characters who we get to know through process—and who are ultimately transformed by it right in front of our eyes—are some of the most real and unforgettable in fiction. 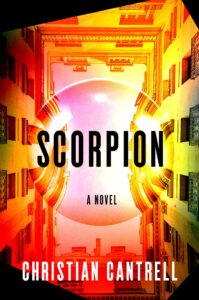 Christian Cantrell is a software engineer living outside of Washington, D.C. He is the author of the novels Containment, Kingmaker, and Equinox, as well as several short works of speculative fiction, three of which have been optioned for film or TV. 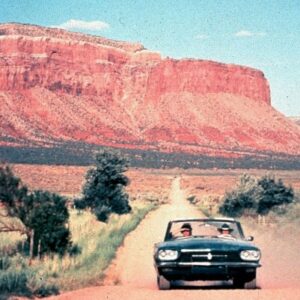 There’s a moment in the first half of Thelma & Louise—after Louise shoots and kills Thelma’s attempted rapist,...
© LitHub
Back to top