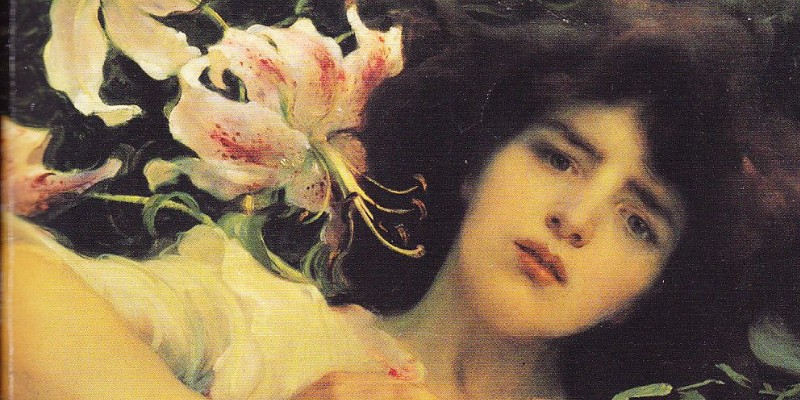 An author finds inspiration in a 19th century literary classic.

When you think of the 19th Century English novelist and poet Thomas Hardy, you don’t necessarily think of suspense. Rather, he brings to mind the agricultural world of the southwestern counties of England, where most of his novels are set, and the harsh social circumstances (to put it mildly) of his characters. He’s renowned for his lyrical writing style, the romantic and pastoral elements of his books, and his commentary on the moral, social, philosophical and religious values of his time. But when I re-read one of my favourites, his 1891 novel Tess of the D’Urbervilles, it struck me that Hardy is also a master of suspense. And I felt compelled to start taking notes.

Perhaps this shouldn’t have come as a surprise. As the novelist David Lodge points out in his collection of fascinating articles, The Art of Fiction, Hardy’s earlier novel A Pair of Blue Eyes features a cliff-hanger in the most literal sense. The character Henry Knight slips while trying to retrieve his hat, and ends up clinging to a cliff face while the young woman he is secretly engaged to, Elfride, disappears to (we presume) find help. Hardy prolongs the suspense by describing in detail what Knight sees and thinks as he dangles there. At one point, he realises he is looking into the eyes of a fossilised creature in the rock: he stares the long-dead thing in the face as he wonders whether he himself is about to die. By the time Elfride returns, the reader is as desperate as Knight to know where she has been, what she will do, and whether he will survive.

This scene, as well as containing some very Victorian ruminations on geology, prehistory and the wildness of nature, is infused with tension, danger, bad omens and sinister imagery. These are used to clever effect throughout Tess of the D’Urbervilles, too—along with a range of other suspense devices, which I only fully noticed when I re-read it at the same time as I was writing the first draft of my novel, The Downstairs Neighbor.

Tess is an innocent young woman who, feeling responsible for her family’s poverty, takes a job in the grand house of a rich lady to whom she has been led to believe she is connected by name and ancestry. Tess is seduced and raped by the lady’s son, Alec D’Urberville, and becomes pregnant. Later, as she tries to put the trauma behind her, Tess falls in love with a gentleman farmer, Angel Clare, but their marriage falls apart when he learns of her past. The tension builds as Angel goes abroad and Alec closes in on Tess again, driving her towards the act that will seal her fate.

With my novelist’s hat on, I found myself wondering whether Hardy was a careful planner or an ardent editor. Because when you re-read Tess, you realise it’s peppered with chilling clues to Tess’s eventual ending. The early scene in which Tess accidentally causes the death of her family’s horse (a catalyst for the events that follow) is described with horrifying beauty: “The huge pool of blood in front of her was already assuming the iridescence of coagulation; and when the sun rose a hundred prismatic hues were reflected from it.” More than that, though, we’re told, “Tess regarded herself in the light of a murderess” – an early, subtle foreshadowing of what is to come. Later in the story, she passes a man in a field, painting Bible quotations onto a fence, including: “THOU SHALT NOT COMMIT—” The last word is omitted as the painter sees her and stops his work. It’s as if Hardy is pulling back from completing the clue, while knowing the reader can fill in the blank.

I once took a class on writing crime and suspense fiction, taught brilliantly by the author Lucie Whitehouse, and I remember one of her simple pieces of advice: ‘Unsettle your reader.’ And Hardy certainly does this; he heightens our unease to almost unbearable levels in the build-up to Tess’s life-changing encounter with Alec D’Urberville. Tess pricks her chin on the roses Alec gives her, endures a dangerous ride in his horse and cart, and eats blood-red strawberries straight from his hand, at his insistence. Even Tess’s mother, who hopes Alec will marry Tess and save their family, feels a shiver of misgiving as she sends her daughter off into his arms. How can the reader not feel the same?

After Tess leaves the D’Urberville mansion, Hardy employs another suspenseful device, this time structural. He leaps forward in time by a few months, but initially withholds information about what has happened in the interim. We re-approach Tess as if from a distance, observing her back in her home village, working in the fields—and then, on her break, a baby is brought to her for breastfeeding. It’s a jarring moment of realisation for the reader. A plot twist dropped into our laps while we’re still playing catch-up with the story.

Hardy does it again later in the novel, this time combining it with an agonising switch in perspective. Tess is now married to her true love, Angel Clare, but he has gone to Brazil and Alec D’Urberville has reappeared in her life. Hardy puts Tess in a situation of grave potential danger (and according to the great Patricia Highsmith, the essence of suspense fiction is “the threat of violent physical action and danger”), alone with Alec in the creepy D’Urberville family tomb. It’s a heart-stopping moment when Tess realises she isn’t alone; that one of the figures she thought was an entombed ancestor is actually the breathing shape of her pursuer. Abandoning her there at the end of the chapter, Hardy hops forward by a month, and into the perspective of a minor character. An old friend of Tess’s learns of Angel’s return to the country but has heard nothing of Tess. Next, we move into Angel’s perspective as he tries to track down his wife, and all the time we are wondering and worrying about our heroine who is off the page. We have more of an inkling about where she might be than Angel does, and every clue he uncovers during his search increases our fear for her.

These kind of storytelling devices are fascinating to me. Hardy makes very deliberate decisions about when to leave or enter different characters’ perspectives; when to close a chapter or a ‘Phase’ (part); when to cut quickly between events happening in parallel and when to make his reader wait. Many of these choices are made in the name of suspense, and to give maximum impact to his most important plot twists. And isn’t that exactly what the most page-turning thrillers do?

The climax of the book is, for me, his pièce de resistance. On first reading it, I was moved and horrified by the tragedy of it all, by the timing of Angel and Tess being reunited just too late. On re-reading it, though, I took greater notice of Hardy’s storytelling choices for ultimate effect. Not least, the genius move of narrating the moment Tess finally snaps from the point of view of an irrelevant character, the landlady of the lodgings in which she and Alec are staying. Through this stranger’s eyes—and literally through a keyhole—we see fragments of Tess and Alec’s final argument. Then, as the landlady returns downstairs (and after a few pages of prolonged suspense, complete with creaking floorboards and a glimpse of Tess running from the house), we get one of the most unforgettable moments of the book. The landlady sees a red stain spreading across the ceiling above her, with “the appearance of a gigantic ace of hearts.” This scene could be straight out of a Hitchcock movie. It’s somehow even more arresting than if we had seen Tess stab Alec first-hand.

Perhaps it was no wonder that Hardy’s climactic scene struck a chord with me at the time of my re-reading. My novel The Downstairs Neighbor, which I was then in the thick of writing, already included lots of scenes in which the residents of a shared building hear and see disturbing fragments of each other’s lives. Tess served as an unexpected reminder of how much potential there is to manipulate perspective and narrative in that kind of set-up. As I wrote subsequent drafts, I gave extra thought as to how I might crank up the unease in my fictional neighbourhood; make my readers worry about characters even when they were out of sight; or use ‘through-the-keyhole’ type moments to confuse and intrigue. You may spot one scene, in particular, which owes a debt to Hardy’s masterclass in suspense—though there is no blood seeping through the ceiling, not literally anyway. 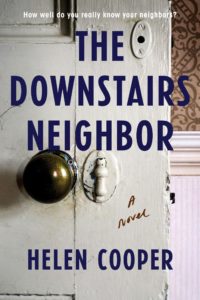 Helen Cooper is from Derby and has a MA in Creative Writing and a background in teaching English and Academic Writing. Her creative writing has been published in Mslexia and Writers' Forum; she was shortlisted in the Bath Short Story Prize in 2014, and came third in the Leicester Writes Short Story Prize 2018. The Downstairs Neighbor is her first novel.

Scenes from a Small City Mob Life, Circa 1960 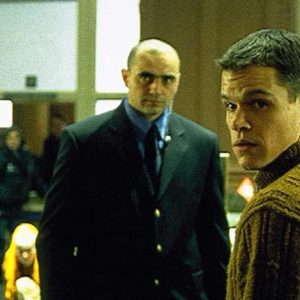 When Putnam and the Ludlum Estates asked me to write The Treadstone Resurrection, all I knew was that it was a spinoff series...
© LitHub
Back to top