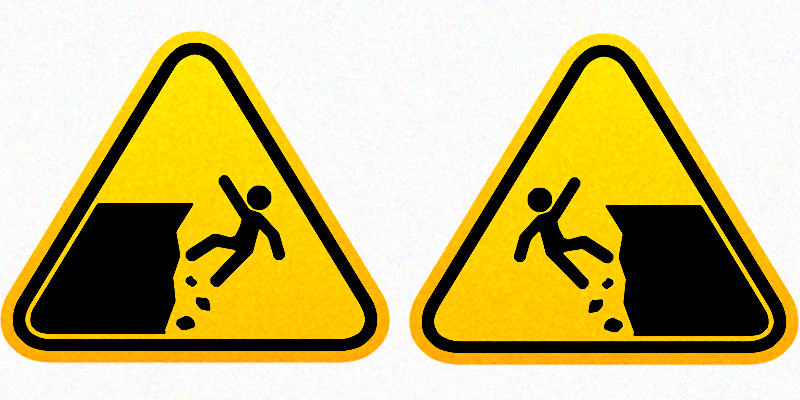 Threats Around Every Corner—Or, On The What If Questions of Storytelling

"My heightened way of being is what drew me to write fiction."

We were half-way through the day shift when we got word that a woman in preterm labor was being admitted through the Emergency Room. Though cryptic, the presenting information on the case seemed routine enough to me. Thirty-four, third trimester, first baby. But what did I know? At nineteen, as a nursing student in my Maternal Child Health rotation, it was my job to shadow a nurse and doctor team and do as I was told.

Things escalated quickly. The chart that had been hastily put together with her name running down the spine was confiscated. The protected one that replaced it, that only our small team had access to now, said Doe or Jones or Smith. I can’t remember which fake name it listed; her real one had already been imprinted on my mind. As we prepared the delivery room for her arrival, police officers began to fill the unit, and the second set of details we got came with lowered voices. Our patient and her husband were victims of a drive-by shooting. She’d immediately gone into labor. The baby’s father was killed; he’d been the target of organized crime violence.

No matter how chaotic or overwhelming an emergency, as a second-year nursing student, I was meant to keep moving. Insert an IV. Hang a transfusion. Push lifesaving meds. In between tasks, hold your living, breathing, frightened patient’s hand. Tell her everything will be fine even when you have no idea if what you are saying is true.

That afternoon, as my body rushed here and there, my thoughts were also racing. The images that spilled from my brain went from happy mothers, proud fathers, and beautiful babies to dark and bloody freeze frames, depictions of hits I’d only seen on TV and in movies. As I helped this woman nearly twice my age deliver her first child, I was thinking what if the people who killed her husband made it past security, by the police stationed throughout our unit. What if they came for her and her child? For us, or me?

Enigmatically, once the woman’s healthy baby was born, I never saw her again. She vanished from the unit, and no one could say where she went. There were no newspaper articles or cable news stories about the shooting death of her husband. It was if the whole thing had never happened.

A few years later, while entrenched in a new job at the same major teaching hospital and living on my own in Boston, I spent my time off caught up in a different kind of drama. Socializing in the city with my twenty-something friends and dating. One girlfriend had a secret lover. When I finally met her mystery man, I took an immediate dislike to him. And not only because I knew he was married. There was something else about him. A darkness.

Several months into her affair with him, my friend confided in me that she might be pregnant. Home tests weren’t ubiquitous back then, so while she waited for the results of her blood test, I waited with her, wondering to myself what she would do if she was. I knew she wanted a baby, but would she keep the news to herself or tell the menacing boyfriend she was pregnant? (She wasn’t.) If she wasn’t pregnant, would this scare be the wakeup call she needed to break up with this bad man? (She didn’t.)

I’ve always been unusually sensitive to my environment and to the people in it. Sometimes my responsiveness to slight changes in mood or shifts in the energy around me raises the hair on the back of my neck as if I’m a character in a thriller making my way to the basement.

Experts say this hypervigilance is often the result of having experienced trauma, and I’ve had some painful losses that can tee up my anticipation of the next trial that might befall me. Yet, I can honestly say that my uncanny ability to work through the what ifs related to nearly any situation—overanalyzing and mapping out possible responses in rich sensory detail—has always been my go-to coping style.

After my junior high school burned to the ground as a result of arson, I coped with it by playing out scenarios about how I would’ve escaped had I been inside at the start of the blaze. For countless nights, I wondered what became of the troubled boy who lit the match.

Living in a state of super alertness isn’t the easiest way to navigate a life.

When a friend of mine was hit by a car on her way home from school—the accident the result of another friend’s father driving under the influence—I imagined life from each girl’s point of view. How much pain was Sara in with all those bone fractures? How was Ricky living with the man who broke his heart? Could my friends ever be friends with each other again?

My heightened way of being is what drew me to write fiction. I loved the idea of capitalizing on my mind’s ability to look for potential threats around every corner, turning dark thoughts into something therapeutic, something artful, and beautiful. When I began to study the mechanics of storytelling, it made complete sense to me that good stories are sourced from a series of consequential and escalating what if questions.

At the heart of every short story or novel I’ve written is what might be considered an immobilizing and irrational preoccupation with what if. Yet channeled into a fictional narrative, I’m afforded the freedom to explore, latitude to manipulate details, and free rein to control the outcomes.

In my domestic suspense novel, Dark Rivers to Cross, my experiences with my pregnant patient and my not-pregnant friend merged in my mind many years later to form some of the questions at the heart of a fictional story about inherited trauma. My imagined equation went something like this: pregnancy plus violence plus a deceptive man equals a turbulent story of one woman intent on fabricating the backstories that belong to her children in an effort to protect them.

I surmised that it might’ve been easy enough for a woman to start her life over, to make up a life from whole cloth. But what would it take for her to live the lie? And what if one or both of her sons yearned to know the truth?

Living in a state of super alertness isn’t the easiest way to navigate a life. Except when I’m crafting a story, my ability to obsess over a particular set of what if questions comes in handy. Whether I’m pondering scenarios to discover my story or I’m consumed by how to amplify conflict during the revision process, being open to the choices a character might make is terribly exciting. When I’m writing, I let my mind go there. No holding back. It’s fiction; I’m safe. And unlike life, I can change the ending if I want to. 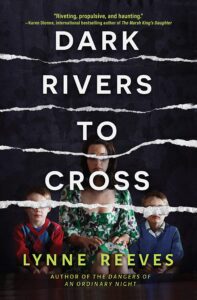 Lynne Reeves Griffin is an internationally recognized family counselor, speaker, and writer. Writing as Lynne Reeves, her novel of domestic suspense, The Dangers of an Ordinary Night, is forthcoming in November. To learn about her work, visit LynneGriffin.com, or follow her twitter @Lynne_Griffin and instagram @LynneReevesGriffin. 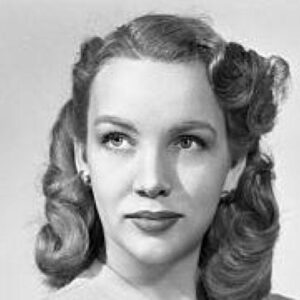 Ann Woodward had resolved to live a quiet life in Europe, where she could mourn her late husband, Billy Woodward, far from...
© LitHub
Back to top