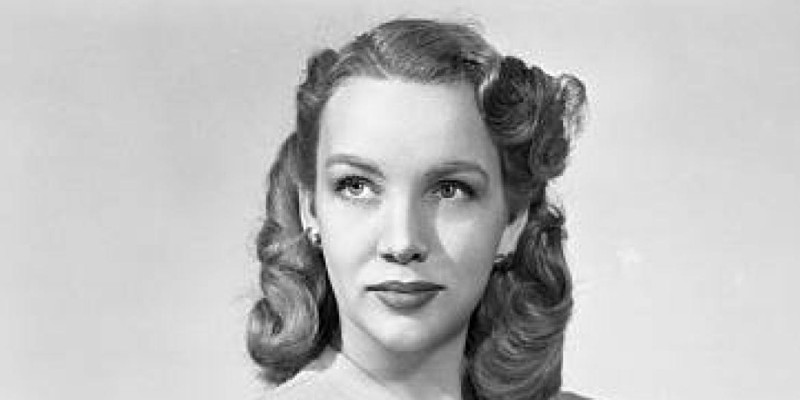 Woodward had killed her husband. Now she was dining out at one of Europe's most exclusive restaurants, with Claus von Bülow.

Ann Woodward had resolved to live a quiet life in Europe, where she could mourn her late husband, Billy Woodward, far from the madding crowd of the American press, the town of Saint Moritz, high in the Swiss Alps, was certainly an unusual place to retreat to. Renowned for its winter sports, popular as a spa hamlet, and exclusive as a community where entertainers, celebrities, and assorted socialites gathered, Saint Moritz was a lesser European sun around which various society moons revolved. While summer tourism was popular, it was in winter that this small city shined. Luminaries descended in head-to-toe furs in the daytime and flashy jewels at night, their diamonds and bangles competing with the glittering snow. In the fall of 1956, Ann Woodward was once again the center of attention as she sat down for dinner at one of Europe’s most elite restaurants. 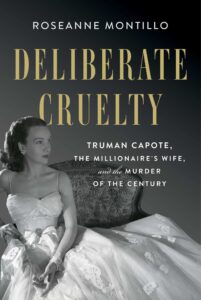 Back in the United States, those familiar with Ann Woodward— and lately there were few who had not heard of her, whether over lunch at the Colony on New York’s Upper East Side, or on the front pages of tabloids—believed that she had been banished to Europe by her formidable mother-in-law, Elsie Woodward, and was now likely leading a lonely life, without family or friends, much less a lover, with plenty of time to reflect on the transgressions that had forced her into exile.

But as Truman Capote watched her from a table across the restaurant, he saw that she was not the solitary widow they expected. Capote was not only surprised to see her in this particular location, but astonished to see her in the company of a man, which was a cause for raised eyebrows, considering that she had entered widowhood by her own hand not so very long ago. But Ann Woodward did not seem rattled by the patrons staring with obvious disdain as she exchanged languorous looks with her companion.

Truman recognized the man she was with: Claus von Bülow. A noted womanizer, the tall and handsome von Bülow had committed himself to the effort of charming a long list of social contacts and prided himself on his cultivation of illustrious connections—much as Ann herself had done during her early years in New York. Ann found in von Bülow an amusing companion, younger than herself, a man with a past as colorful as her own, if not more so. The rumors surrounding him were dark: that he was a necrophile; that he had killed his mother and stashed her body on ice; that somehow, he was still embroiled in espionage; that as a youth he had attended Hermann Göring’s wedding. Von Bülow could rebut most of the gossip if he ever found himself in the mood to explain, which was rare. Most of the time he shrugged away the stories with a smirk, which made him even more beguiling to many.

In later years, long after Ann Woodward had come and gone from his life, Claus von Bülow would be indicted for the attempted murder of his wife, Sunny, whom he married in June 1966, and who would spend twenty-seven years and eleven months in a coma after it was suspected Claus von Bülow attempted to kill her by injecting her with sedatives and insulin. The position he would find himself in was not unlike Ann Woodward’s, and further solidified his bizarre connection to her.

Truman Capote had, of course, heard all about Billy Woodward’s murder when it happened back on Long Island. On November 15, 1955, not two weeks after Billy’s death, Truman had written to his friend the photographer Cecil Beaton that “Ann Woodward continues to occupy the front pages—but those who discuss it have had to move to L’Aiglan since Mr. Soulé closed the Pavillion. L’Aiglan has upped its prices.” But Capote most often frequented Henri Soulé’s restaurant La Côte Basque, which had opened in the late 1950s and was located just across the street from the Saint Regis Hotel in New York City. There, Truman’s eyes often widened in mischief and delight when he and his friends told the most cutting jokes and dished the other diners, including Ann Woodward, who was not only a patron but also lately a topic of discussion.

Truman Capote found Ann Woodward interesting. Indecorous, perhaps. Certainly audacious for showing herself in public so soon after being accused of killing her husband, and with a man who appeared to be a lover. He continued to stare, but at a certain point he was compelled to get up from his table and walk toward Ann Woodward. He must have also had a suspicion that the encounter, however short, would annoy her, if not downright distress her, which likely increased his delight at his own mischief. As he arrived at the table, Ann immediately got up from her chair, angry that she should have been disturbed during her meal. A short conversation followed, during which, apparently, Ann called Truman “a little fag.”

That was not the first time that Truman Capote had been insulted for his sexual orientation, nor would it be the last. But with the insult coming from Ann Woodward, an accused killer, he took more offense to the jab than he usually did. He returned the slur by wagging his finger at her and calling her “Mrs. Bang Bang,” a moniker that would stick to her for the rest of her days. After leaving Saint Moritz, he would repeat the story of how he had met the notorious Ann Woodward whenever the opportunity presented itself, embellishing his tale and relishing each detail.

Ann Woodward eventually came to learn that Truman was constantly talking about her. She grew to despise the man she referred to as a “little toad,” but she also should have known he was dangerous. He once confessed, “I am about as tall as a shotgun, and just as nasty.” He was especially keen to hurt those who hurt him. An insult to his sexuality would sharpen his wit. In later years, Truman’s friend Lee Radziwill echoed Ann Woodward’s words when Truman Capote was in a spat with his novelist rival Gore Vidal. “What does it matter?” Radziwill told the reporter Liz Smith. “They are just a couple of fags.”

When Truman learned of that conversation and was asked about it during a televised interview, he smiled sardonically and said, “I’ll tell you something about fags, especially southern fags. We is mean. A southern fag is meaner than the meanest rattler. We just can’t keep our mouth shut.”

In the years that followed their encounter in the restaurant in Saint Moritz, the lives of Ann Woodward and Truman Capote would occasionally converge. Ann would drift, a wan figure, on the outskirts of the social world that had once admitted her, however reluctantly. Truman, a literary bad boy who built on his early success and went on to write what he called the “nonfiction novel” In Cold Blood, became more and more of an ornamental fixture, gadfly, commentator, walker, and chronicler of the New York social world that centered on La Côte Basque and shunned Ann. Though one was the striking socialite whose life had gone wrong with the killing of her husband and the other was a small-town southern homosexual of literary brilliance, the two were not that different. Both had overcome hardscrabble, unsteady, fraught childhoods. Both had cajoled, clawed, and charmed their way into the elite circles they sought to enter. Both were vulnerable and mean. Both were familiar with violence. And the violence that caused the death of Billy Woodward would, as recounted by Truman Capote in 1975, incite fresh violence that would ultimately destroy them both. What began with insults in Saint Moritz would end in death for one and ignominy for the other.

Roseanne Montillo is an accomplished research librarian who earned her MFA from Emerson College and has taught creative writing at Emerson and the Tufts Extension School. In addition to Deliberate Cruelty, she has published four previous works of narrative nonfiction to critical acclaim--Fire on the Track, The Wilderness of Ruin, Atomic Women, and The Lady and Her Monsters.

Threats Around Every Corner—Or, On The What If Questions of Storytelling 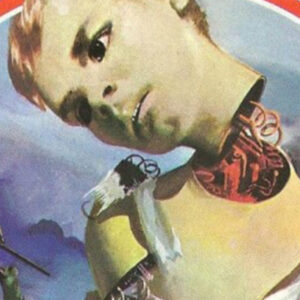 My new novel, Neom, started off with the simple image of a robot and a rose. The robot goes to the market in the city of Neom...
© LitHub
Back to top