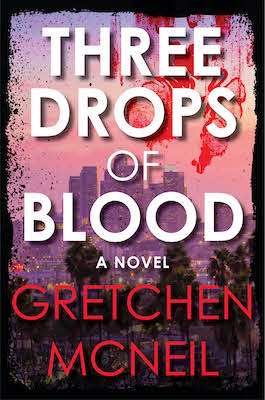 The following is an exclusive excerpt from and cover reveal for Three Drops of Blood, by Gretchen McNeil, forthcoming from Disney Hyperion in March 2023. In the following passage, a woman reflects on a cast member's misconduct on her old TV show and finds herself the target of renewed media attention after a horrifying new video surfaces.

Kate knew something was wrong the moment her phone buzzed.

Well, maybe not the exact moment. But, like, pretty soon after. Once her brain registered that the clock read six thirty.

And she’d already missed, like, five messages from Rowan.

Kate grunted as she pushed herself to a sitting position, running her fingers through her tangled rat’s nest of wavy auburn curls. She took a deep breath and steeled herself against Rowan’s news.

Although, seriously, how much worse could it get?

It had been less than twenty-four hours since the bomb dropped, since the cops had shown up at Dex Pratt’s Bel Air home and arrested him for sexually assaulting Belle Masterson.

A year ago, those names wouldn’t have meant shit to Kate. The BelleDex scandal would merely have been an internet fiasco Rowan followed obsessively. A show she loved, an actress she loved to hate, sexy tidbits about people she didn’t know but who lived not far from her Burbank home. Hell, Rowan’s entertainment attorney dad might even have represented one or more of the people involved. That, like, practically made it her business and by association, Kate’s business, as Rowan would have shared every nuance, every post, every video snippet with her best friend.

But that was a year ago.

Now, Dex Pratt and Belle Masterson were Kate’s business. Like, literally. Dirty Pretty Teens wasn’t just some Netflix show, it was her Netflix show. And Dex Pratt wasn’t just some Hollywood douchebag, he was the Hollywood douchebag who had plucked Kate from a massive open call audition and thrust her into the limelight, practically against her will. She’d only gone to that stupid audition to dutifully accompany her actress best friend who desperately wanted to land a role on the show adapted from her favorite books.

But it wasn’t Rowan who had caught the show runner’s attention.

Suddenly, Kate was famous, or fame-adjacent as she liked to joke, and she had Dex to thank for it.

Not exactly a surprise, is it?

Of course Kate knew that Belle had a crush on Dex. Everyone knew. Because Belle had all the subtlety of a contestant on RuPaul’s Drag Race.

Kate had been simultaneously repulsed and intrigued by Belle’s audacity, especially since Dex kept her at arm’s length. Except the last day on set five months ago, when Kate was kinda sorta almost sure she saw Dex plant an open-mouthed kiss on the nape of Belle’s neck.

Unless his arms were shorter than his penis.

Yesterday, after the news broke about Dex and Belle, Netflix issued a statement halting production on season two, which was set to start filming in just a few weeks. Kate’s social media accounts were flooded with messages from fans asking if she’d known about the affair, all of which Kate ignored, strictly following her agent Clementine’s “no comment” order. Thank God it was summer vacation. If Kate had been at school when the news broke, she wouldn’t have been able to hide.

And now, something new. Had to be. Kate’s stomach fluttered as she unlocked her phone.

Rowan was so worked up, she couldn’t even type full sentences.

“What did she do?” Kate said out loud.

As she was holding her phone, a new message popped up from her best friend.

You need to wake up. NOW.

Most people swear that it’s impossible to interpret tone through text messages, but after a hundred thousand or so texts over the last six years, Kate understood every nuance of her best friend’s communications, from word choice to pacing to punctuation. Rowan had gone from giddy to somber in the blink of an ellipses. Whatever her co-star had done, it had momentarily broken Rowan’s brain and Kate’s fingertips tingled as she googled Belle Masterson.

The first hit was a video, Belle’s perfect cheekbones and barrel-rolled blond hair were offset by uncharacteristically smudged mascara and puffy eyes.

Below that thumbnail was another identical one. Then another. Actually, the entire first page of hits was this video. Reposts, shares, even what looked to be an illegal download with armchair commentary. All in four hours since Belle posted the original.

That had to be, like, the definition of viral. If this wasn’t such a serious situation, Belle might have been delighted by her own popularity.

Kate’s fingers hovered over the screen, hesitant to start the video. A dark, secret part of her hoped that Belle had done something so spectacularly awful that she’d be replaced on the show. She’d been a pain in the ass to work with, throwing around her three years’ experience on some Disney Channel show Kate had never even watched like it had been a degree from the Actors Studio. Not that Dirty Pretty Teens was Shakespeare or anything, despite Kate’s inspiration, but if Kate had expected a nurturing hand from her more experienced co-star, what she got was a passive-aggressive bitch slap. Belle attempted to undermine Kate with snide, backhanded comments about everything from her size to her acting skills. It was difficult to feel sorry for her victimization.

Kate took another steadying breath. Belle deserved her pity, not her snark. And something in her bones told her that this video was going to be very pitiful indeed.

“Let me just say,” Belle began, her blue eyes sharp and predatory, “no one asked me to post this video. I know some of you a-holes are going to assume that Dex put me up to this, but he didn’t.” Her lip quivered. “They won’t even let me talk to him!”

Tears flowed down both of her pink cheeks, carrying a substantial portion of Belle’s remaining eye makeup with them. Kate knew firsthand she wasn’t that good of an actress. This mix of despair and indignation was real. 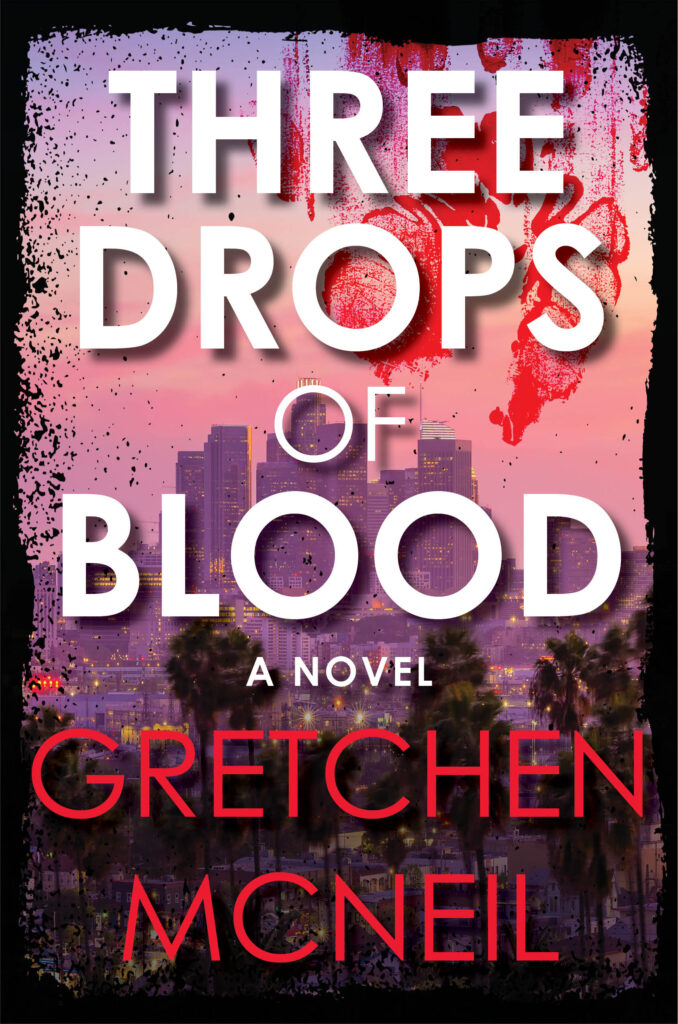 Belle enjoyed a lot of freedom, had been given no boundaries, and was used to getting her own way. As “legal eighteen” she had no teacher or child welfare agent on set looking after her. Or even a parent. In their absence, Dex, freaking dickwad, had moved in. Kate hoped he got whatever was coming to him in prison.

“We didn’t mean to fall in love,” Belle pleaded, her voice cracking. “It just happened. I’m eighteen in two months. Like, if we’d waited, would that really be any different?”

Kate clenched her jaw in anger at Belle’s myopic, self-centered, white privilege bullshit. How many girls had been taken advantage of by teachers, coaches, doctors—anyone with authority who used that position to at best manipulate a young girl into a shitty position, at worst force themselves on her? Especially girls of color who were less likely to speak up, and less likely to be believed if they did. Defending Dex Pratt was defending every sexual assault since the dawn of time.

“No, it wouldn’t have been,” Belle continued. She spoke faster now, with a frantic edge to her voice that bordered on hysteria. “And listen, all you hypocrites out there judging us, calling Dex a monster and me a slut. You’re all jealous of what we have. Yeah, jealous. Because our love is real and it’s going to win. We’re going to win.

“No matter what they say, everyone on DPT knew exactly what was going on and they were fine with it. Netflix? Producers and directors? The whole cast and crew? YOU ALL KNEW!”

They knew Belle was throwing herself at Dex, but no one thought he’d be sleazy enough to cross that line.

“AND I HAVE PROOF. That’s right. Proof that everyone knew about Dex and me and no one cared.”

Belle was silent for a moment as she fiddled with something on her phone, then suddenly the screen shifted from camera mode to screen share, and Kate was looking at a selfie from Belle’s phone, one of the thousands she’d probably taken on set, showing her kissing Dex’s cheek near the craft services table beside some bemused-looking crew dudes who were piling empanadas and salad onto their plates. It wasn’t an overtly sexual pose, but it definitely bordered on inappropriate and hinted at their intimacy.

“See?” Belle cackled with glee. “These guys didn’t give a shit.”

A new photo wiped onto the screen. This time Belle was perched on Dex’s lap while he sat in an overstuffed chair on a Christmas wonderland set. She was whispering in his ear like she was asking Santa for a naughty Christmas gift, one hand resting on his shoulder, the other on his inner thigh, disturbingly close to his junk.

Kate remembered that day—they were shooting a holiday episode at the Santa photo display at the Glendale Americana—but she hadn’t seen this particular moment. She’d probably been in the school trailer taking a trig exam, while Belle was studying anatomy.

“And let’s not forget this,” Belle said, swiping a video onto the screen.

This time, the breath caught in Kate’s throat.

It was from the DPT wrap party, an event Kate remembered.

She remembered that she hadn’t wanted to go also didn’t want to disappoint Rowan by bailing. Her best friend had an unholy crush on Dagney Malone who played Asher on the show, her favorite character from the books. Rowan had also religiously watched the CBS drama Vegas Nights on which Dagney had a recurring role. Kate had pulled out the dress meant for the junior year winter formal she hadn’t been able to attend due to filming, plastered on a smile, and headed to the party with Rowan.

Thirty minutes in, Rowan had followed Dagney to the bathroom line. They emerged chatting like best friends—that was Rowan’s superpower—and Kate hadn’t seen her again for hours.

She’d been alone at a party she didn’t want to attend in the first place, so when a waiter came by offering her a glass of champagne on a serving tray, Kate thought, What the hell?

One glass turned into two. Then three. The champagne took the edge off and made Kate feel less awkward, but she was an inexperienced drinker, and after one too many glasses, parts of the night had become fuzzy.

Like the scene she was now staring at on her phone.

With house music thumping through tinny speakers, Dex danced with Belle, whose silver sequined dress was hiked up enough to show a disturbing amount of her thighs as she straddled his leg. His tanned cheeks were flushed, hinting at his drunkenness, and he held a champagne bottle in one hand, which he used to fill both Belle’s glass and that of another girl dancing with them.

As both girls downed their drinks, he ditched the bottle, then hooked one arm around Belle’s back, pulling her close as he stared into her eyes. Without looking, Dex looped his other hand around the chest of the second girl who was dancing with both arms in the air, eyes closed, oblivious to everything around her but the music. A freckled, plus-size white girl wearing the red baby doll dress she’d bought, but never worn, for winter formal.

Though she didn’t remember it at all, Kate couldn’t deny that she was staring, horrified, at a video of herself. 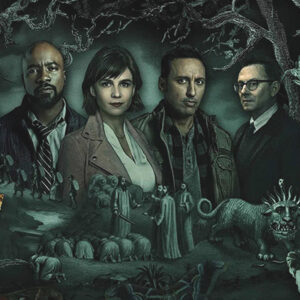