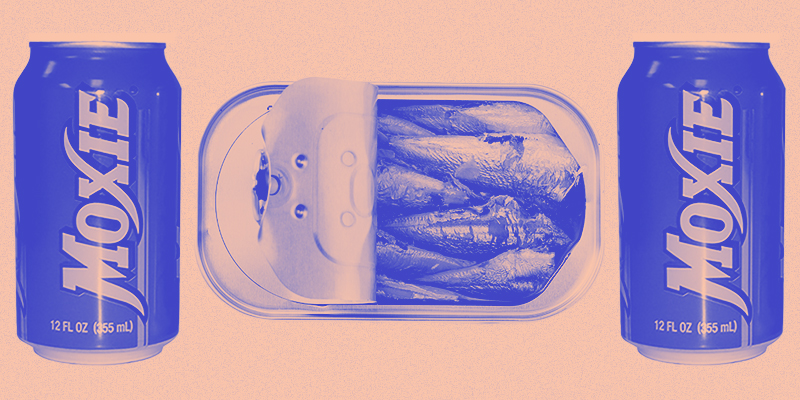 On mackerel, sardines, and that strange Mainer soda known as "Moxie"

When we think of Maine food, it’s lobster and blueberry pie that first spring to mind. As instantly-recognizable icons for the Pine Tree State, they’re right up there with lighthouses, Mount Katahdin, and the majestic moose. But you won’t see many of the other Maine food items on postcards; take mackerel, for instance.

There’s an old downeast Maine recipe for the best way to cook mackerel: you clean it and put it in a brown paper bag, bake it at 400 degrees for an hour or so, and then you eat the paper bag. The oily, strongly-flavored fish is loaded with bones, too, and it spoils so fast once it’s out of the water that in the 18th century, mackerel was the only fish that could be sold on Sunday, since by Monday it would no longer be edible.

But plenty of Maine folks love mackerel, so much so that in Eastport they line up along the breakwater in Eastport on summer days, casting multiply-hooked mackerel jigs into the water and packing their catch in ice. Back home, they freeze or smoke it – or grill it for dinner; just as back in the 1700s it must be preserved or eaten the day it is caught.

The real mackerel devotees don’t only bring ice coolers to the breakwater, however; they bring entire fish-cleaning kits complete with tables and sharp knives. There they sit, peacefully cutting the silvery heads and tails off and tossing the scaly remnants to the beady-eyed seagulls flapping overhead, waiting for their lunch.

Fresh air, salt breeze, warm sunshine…and fish for dinner, what could be better? Still, it’s the part about those astonishing sharp knives and big, wickedly-tipped fishhooks that I like most; luckily, writing about murder gives me an excuse for an interest in implements of death…

Another fishy Maine food, not so much eaten in the U.S. nowadays but once as popular as peanut butter, is the sardine. It’s much less emphatic in the flavor department than mackerel but is similarly loaded with vitamins and Omega-3s, and you don’t have to catch it. Sardines come in cans with key-like openers handily attached; in 1950, Maine canneries produced 384 million tons of canned sardines. They were perfect for lunch pails, military meals, snacks, and as emergency protein sources for provisioning bomb shelters back when bomb drills sent schoolchildren scurrying under their desks.

In downeast Maine, people didn’t just eat sardines; Eastport, Maine, is where the industry began in 1872. Soon whole families were earning a living catching, cutting, and packing the fish while others made the cans. At its peak in the mid-20th century, the industry was the largest in the state, with upwards of 6000 people employed.

Women (and, before child-labor laws, children) did most of the fish-cutting and packing after listening at home for the factory whistle. It meant that a boatload of sardines had come in and they should rush down to the factory to process the catch. Speed was essential, the knives were sharp (are you sensing a theme, here?) and accidents were common, but the Maine sardine boom created jobs for the cannery women and lunch bucket fillers for a lot of soldiers, sailors, and factory workers.

Tastes changed as other ‘convenience foods’ became available; when the last sardine cannery in Maine closed in 1993, the yearly tonnage was only 34 million. But while the sardine business may have departed Maine, Mainers haven’t forgotten the sardine. Case in point: a friend and I had lunch not too long ago on the screen porch at her cottage overlooking a nearby lake. She and I both love deviled eggs, both plain and fancy, but the ones she served on that glorious summer day (sun shining, waves sparkling, evergreens spritzing the air with the scent of pine, et cetera) were especially delicious, so once I’d devoured mine I asked what she’d put in them.

“I’m not sure I should tell you,” she said a little nervously. “Once you know, you might decide you don’t like them.” But eventually after a bit of questioning and only a few milligrams of deftly-administered truth serum, I got the answer from her. The mystery ingredient was canned sardines, chopped fine and mixed into the yolk right along with the mayonnaise…my goodness but they were tasty.

Still, they need something to wash them down, don’t they? And for that, there’s perhaps the most famous Maine food that’s not lobster or blueberries; in fact, it’s not technically even a food at all. Moxie, the official Maine beverage whose name means determination (NASA is even running an experiment on Mars that’s named MOXIE), was created in 1876, the first bottled carbonated soft drink in America. Ever since, it’s been the drink of choice for those who like their roots and herbs stewed up at darkest midnight in the hollow of an old tree stump…

Just kidding, but Moxie is different from most soft drinks, and while its herb-tinctured flavor might not be for everyone, it’s got a strange appeal that keeps its fans coming back. The taste comes from gentian root, an herb supposed to be good for the digestion and as an anti-anxiety supplement. The drink’s inventor originally marketed it as ‘Moxie Nerve Food,” only later turning it into a beverage so beloved by some that when rumors of its scarcity circulated in Maine, recently, a small panic ensued.

Speaking of things you can wash down with Moxie, a complete ‘authentic Maine food’ list must also include red snappers, those bright-crimson hot dogs whose skin pops when you bite ‘em; smoked salmon on a stick (sweetly smoky, meaty, and chewy); and salt fish dinner, which is made by first soaking a piece of fish so hard that you could hammer a nail with it in enough water to run Niagara Falls for an hour or so, then cooking it and presenting it with bacon bits and mashed potatoes.

Then there’s the needham, a divinely tasty chocolate candy with a coconut and mashed potato filling, a combination that I personally like more than salted fish. Even the name has a divine origin; in 1872 in Auburn, Maine, the candy was ford after a popular preacher after a candymaker tried putting potatoes into coconut cream and then dipping the result in chocolate, whereupon a heavenly creation was born.

More? Fresh mussels roasted over a beach fire, fried Maine shrimp—the original popcorn shrimp!—and jitterbugs, crustless white bread sandwiches filled with a paste of mashed Spam, grated carrot, chopped sweet pickles and mayonnaise, go on the list, too. Like mackerel and Moxie (and mooseburgers, and deer stew) they may be an acquired taste. But like lobsters and blueberries, they’re also among the Maine foods worth trying while visiting, or at home.

Who knows, you might turn out to like the baked mackerel even more than you enjoy the brown paper bag. 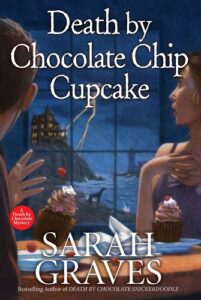 Sarah Graves is the USA Today bestselling author of the Death by Chocolate Mysteries, the Home Repair is Homicide Mystery Series, and the Lizzie Snow suspense novels. Much like Jake Tiptree, the sleuth who stars in her cozy mysteries, she lives in a 200-year-old house in Eastport, Maine. When she's not cooking or baking something delectable (or writing about it) she tends a huge garden or shovels snow, depending upon the season. She can be found online at facebook.com/SarahGraves2011 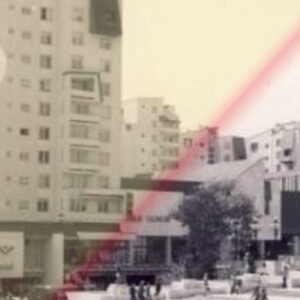 In order for totalitarianism to succeed, information needs to be controlled, both internally, and from the outside world....
© LitHub
Back to top