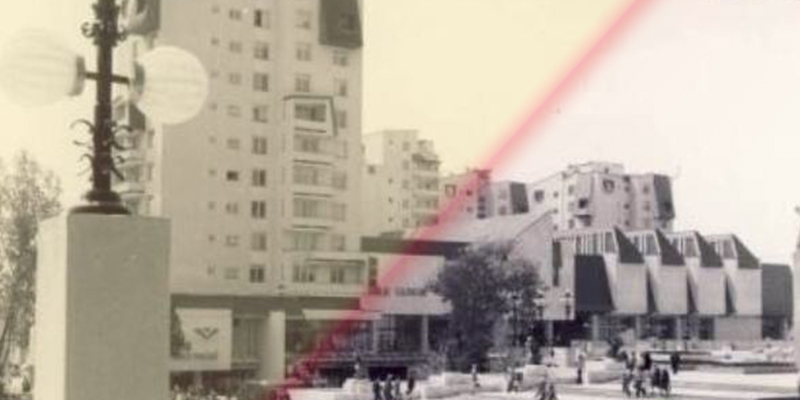 In order for totalitarianism to succeed, information needs to be controlled, both internally, and from the outside world. An alternate vision of reality has to be created, and repeated every day, every minute, in various forms, in order for the population to gradually accept their leader and the system under which they live. At the very least, the people have to believe that they cannot change the status quo, that they are helpless. A paralyzing apathy is created.

The reign of Nicolae Ceausescu, the second and last communist leader of Romania, (1965 – 1989) underwent a gradual evolution toward increasing censorship and restrictions. By the beginning of the 1980s, information under the communist regime was strictly controlled by the government. All print media, radio, and television were under the watchful eyes of the censors, who would routinely delete anything that even smelled of criticism of the government, its leader, or the communist system. Typewriters were all numbered and illegal to own by private citizens. Copying machines were nonexistent in the public sector, to be found only in official government offices. All telephones came with a microphone inside, installed at the factory, so that the Securitate, the secret police, could monitor not only the conversation on the telephone but everything spoken in the room. As such, people routinely placed their phones in a closet or a drawer.

It is estimated that one out of seven people in Romania were either paid members of the Securitate or informants. It could be anyone–your cousin, your friend, your neighbor, your classmate. You never knew, so you could not trust anyone. The Securitate created a dossier on anyone of the slightest importance, which could be used to blackmail them into doing anything the Securitate ordered.

After decades of living in a totalitarian state, people’s fear of being overheard by the Securitate created unique modes of conversation. In public, or on the phone, nobody uttered a specific name or a place or a detailed event. Instead, people said things like: “So, how is the guy we were talking about last week?” Or, “How did that issue resolve itself?” Or, “Have your heard from our friend?” All said in a whisper, or with a gesture of the hands or face.

Television programming in Romania ran only for two hours in the evening, and showed mostly propaganda of Ceausescu visiting a factory or a collective farm and displaying the grand achievements of communism. Lies upon lies were constantly repeated of industries surpassing their yearly quotas, of Romanian scientific breakthroughs, and of the incredible achievements of the communist system. All this while the people were starving, electricity was cut to only a few hours in the evening, and heat was turned on in the winter for only two hours a day.

Romanians who had supposedly emigrated to the United States and had returned to Romania were displayed on television recounting the crime, poverty, and degradation of American society. None of these people were real, of course, but the repeated stories were intended to create the fear that America was not what everyone imagined.

During the ’80s, Ceausescu decided he wanted to pay back Romania’s debts to the West, so he sold anything he could. Since Romania produced little of value, he sold mostly grain and natural minerals. That resulted in a drastic lack of food and a radical decrease in the standard of living. Peasants from the countryside mobbed onto trains to Bucharest and other major cities in order to buy three-day-old bread, which the government tried to prevent by creating an internal passport system.

People in the cities stood in line for hours to buy a skimpy chicken from Czechoslovakia, a few eggs or rotten apples, size forty galoshes or size forty-two pants. It didn’t matter what was being sold. They would barter whatever they bought among themselves. Often, people didn’t even know what the line was for, they just joined it.

As such, many city people did not believe the propaganda they saw on television, and they turned it off. Instead, they huddled around their radios and listened to the BBC and Radio Free Europe, if they could pick up the crackly signal. Pilots and cargo ship workers smuggled in VHS tapes and vinyl records. Neighbors would get together in living rooms to watch Silvester Stallone or Arnold Schwarzenegger on a VHS player, or listen to rock-and-roll, always in fear of being turned in to the Securitate by a friend.

How did the communist regime last so long if the people could see the reality that existed in the West? One answer is that only about a third of the population had a television set, and very few had a VHS player. Half the population of Romania, those in the countryside, had never even seen anything on television, never mind Western movies. They knew nothing about the outside world. Their only source of information was the government newspapers. For the younger generations who lived in the cities, and who had not known life before the communists, the depiction of luxurious food, colorful clothing, beautiful cars, large homes, and full supermarkets that they saw in Western movies seemed fictional, a world of fantasy, Western propaganda.

The ancient mechanism used by totalitarian governments of laying blame for the country’s problems on minority populations was yet another ploy. In Romania, that blame was placed on the gypsies (officially called Roma), and the sizable Hungarian population in Transylvania with whom Romanians traditionally had ethnic disputes.

To bolster the propaganda, Ceausescu followed the North Korean model of creating a cult of personality around himself. Pictures of him were hung on the streets and in all government offices and public buildings. Constant propaganda portrayed him as the only leader who could save the country and achieve prosperity and equality for all Romanians.

Ultimately, fear was the prime reason for the longevity of Ceausescu’s regime. The all-seeing Securitate was everywhere. People spied on each other to obtain some meager advantage. No one felt safe to say or do anything against the government. There were no figures of resistance, no organized groups.

In our own country we have seen many of these same problems. One should start with the media, especially television, which evolved over the past few decades from organizations that simply reported the news to ones that now both report and comment on the news in the same breath. It is not surprising that the audience can’t distinguish between fact and opinion. As such, the people consider everything opinion, and facts are only a point of view. The advent of social media has also created an environment in which there are no set of facts with which everyone agrees. The old method of repeating “alternate facts,” propaganda, is now being used to misinform a large segment of the population. Senator Moynihan’s dictum of “you can have your own opinions but not your own facts” no longer seems to hold. Now you can have your own facts, too.

Another totalitarian method used today is to blame a minority for the country’s problems. This is an old and well-honed ploy used by most tyrants throughout history, and it has reared its ugly head once more.

Some of our own politicians also use the old tactic of appealing to those who feel themselves left behind. Let us remember that the original communist movement was a peasants’ movement. Never mind that the peasants were the first to starve under Stalin and, later, under Ceausescu. In today’s politics, some leaders appeal to those who feel themselves forgotten, even though they then pass tax laws that increase the wealth of the wealthiest.

Intimidation is yet another method now being used, to the point that many in our country no longer feel safe to utter their opinions in public. Instead of the Securitate, we now have private groups, or even news networks, working to instill fear and doubt in order to silence their opponents. Self-censorship is on the rise, even in the mainstream media.

Finally, the cult of personality has been used successfully, not only in the US but in some other Western countries. All tyrants want to be adulated, worshipped. And many people want to worship. They crave a strongman who will solve their problems with one clean stroke when a messy democracy works too slowly. It is the eternal search for a savior. And the tyrant is only too eager to provide one.

The tricks used by tyrants haven’t changed much over the centuries. History keeps repeating itself. 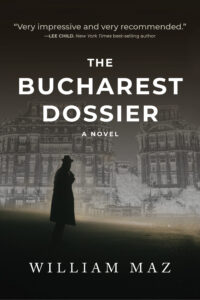 Born in Bucharest, Romania, William Maz emigrated to the U.S. as a child. He is a graduate of Harvard University and Mount Sinai School of Medicine. Following a residency in anesthesiology at Yale, he practiced medicine, and during that time, he developed a passion for writing fiction. He studied writing at Harvard, the New School, and The Writer's Studio in New York City, and is now writing full time. William is married to a surgeon and he divides his time between Pennsylvania and New York City. The Bucharest Dossier is his debut novel. 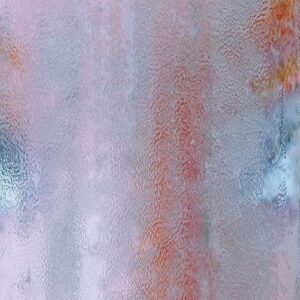 Another week, another batch of books for your TBR pile. Happy reading, folks. * Gilly Macmillan, The Long Weekend (William...
© LitHub
Back to top