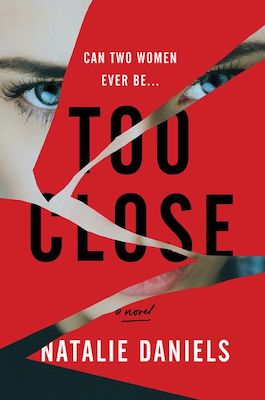 The following is an exclusive excerpt from Too Close, a debut novel of psychological suspense by Natalie Daniels. Emma is a forensic psychiatrist assigned to work with Connie, whose recent breakdown led her to commit a horrific crime. However, Emma quickly begins to be affected by her intoxicating and manipulative spirit, which threatens to cloud her judgment of Connie’s actions.

It’s odd because everyone always calls her beautiful. Her beauty has become a fact; it has been said enough times for any doubt to have been forgotten. But the first time I saw her in the park all those years ago, I have to say she didn’t strike me that way; her beauty took a while to floor me. She was small with wispy blonde hair and pale blue veins that ran down her temples. She had dark bags under her dark eyes – which I know is just called parenting – and from a certain angle her freckled nose looked like someone had given her a good punch. She had a peculiar way of looking at you from the corners of those big dark brown eyes. And she blinked too much. All in all, she struck me as an anxious sort of person. No, I wouldn’t have called her beautiful at all. Not then.

I’d been late picking Annie up from nursery and had found my daughter sitting alone on the bench underneath the empty coat hooks, holding a wooden lollipop stick with a scrunched‑up piece of red tissue stuck on to the end.

‘Darling, sorry I’m late,’ I said sitting down next to her, glad to get my breath back. ‘What have you made?’ I asked, looking at the lolly stick in her hand. Karl was better at this sort of thing than me; every shite offering they brought home from school he marvelled at as if the kids were little Leonardos. Left to his own devices, the house would look like one of those hoarder’s places you see on TV, full of clay rubbish and splodges of paint on crinkled paper.

Of course it was. Remembrance Day was coming up and Annie’s nursery never missed a chance to get creative. ‘That’s lovely! Do you know why you’ve made it? Who is it for?’ I might be late, forget carol concerts and barbecue days, but my God, I do a bit of educating when I can.

She looked up at me and passed me the lolly stick. ‘For you?’

‘It’s for remembering,’ she said.

‘That’s right.’ She was a genius, my child. ‘Remembering who?’

She had no idea. She shook her head, her cherubic curls bouncing this way and that. Not for the first time I marvelled that such a sweet being came from me.

‘It’s for all the soldiers who died in the war,’ I said, sounding incongruously cheerful about it. She looked up at me, eyes wide with wonder, lips opening in surprise as the mini cogs in her brain whirred. She frowned and turned slowly to examine the wall behind her, reaching out her little fingers to gingerly touch the bumps of roughly applied plaster beneath the clothes pegs.

Sometimes she was so adorable I could eat her. ‘Let’s get some candy and go to the park!’ I said.

So Annie had scooted ahead, cheeks full of Smarties. She was a kamikaze kind of child. By the time I caught up she was at the top of the slide, bottom lip out, face brimming with misery, staring down at the brightly coloured trail of Smarties bouncing off the ladder and on to the spongy tarmac. Another little girl was standing at the bottom of the ladder picking up the Smarties and popping them into her mouth as fast as she could.

‘No! No! No!’ Annie cried, furious at the nasty little opportunist below her.

The mother was oblivious to the scene; she was busy making something on the bench with an older girl. I started picking up the Smarties and was shortly joined by the mother, who was looking down at her fat‑cheeked child and making the right remonstrating noises. ‘Naughty, Polly. They are not yours.’

Because the truth was, just at the very beginning of it all, I felt an inexplicable and powerful aversion to her, like a tug from the wings, as if I were receiving a warning signal from the great puppet master.

I’ll tell you something peculiar: I remember there was something about her voice that put me on alert; it wasn’t her tone, which was low and calm, or what she said, which was nothing unusual. It was a more intangible feeling: there was something about it that I found deeply comforting yet deeply disturbing at the same time. Church bells do that for me too. I’m not making any sense, am I?

For many years, I would remember that day as a fine example of how we must not trust our first impressions, how foxing they are. Because the truth was, just at the very beginning of it all, I felt an inexplicable and powerful aversion to her, like a tug from the wings, as if I were receiving a warning signal from the great puppet master. We made polite child‑soothing conversation for a while and were then forced to sit together on the bench as the three girls struck up an immediate kinship and went off to look for snails, dropping their grievances with that enviable childhood ease.

‘Do you live nearby?’ I asked.

‘Just beyond the swimming pool,’ she said, nodding vaguely in the direction. ‘We’ve just moved in.’

And so we discovered that we were neighbours. She lived just around the corner from us – only four doors away. In fact, I could see her house from the back windows of my own. Our conversation shifted then, as it became evident our lives would be impacting on each other’s – screaming children, rows in the garden, perhaps noisy once‑in‑a‑blue‑moon lovemaking on a hot summer night. Why do we women feel impelled to forge intimacies? Two men probably wouldn’t have struck up a conversation at all.

I’d opened Annie’s snack box by now and was picking at some soggy strawberries as our talk moved smoothly from our surroundings and our progeny to ourselves.

And without a pause or a further question she said, ‘I write too!’ Something about the way she said it, so rapid a response, seemed rather competitive – I got that tug again.

‘What do you write?’ I asked, offering her a sweating strawberry which she declined.

‘Poetry.’ I looked at her afresh. That was interesting; no one admits to writing poetry. ‘When inspiration strikes,’ she added.

Well, excuse me for being a snob but that is not a writer. That is a dabbler. A writer doesn’t have the luxury of waiting for inspiration; a writer plods on regardless, a writer takes the gamble, lives in penury, gives everything up to be a slave to her art. I didn’t let my feelings show, but I suppose in my own way I went straight for the jugular.

‘Do you make a living from it?’

Why do we women feel impelled to forge intimacies? Two men probably wouldn’t have struck up a conversation at all.

Precisely my point: she was not a writer. (We writers have to do any writing we can to fund the writing we want – I ghost‑write, I interview, I copy‑edit, in order to afford the time to write books that no one wants to publish.)

‘I’m—Or rather, I used to run galleries. You’ve got some . . .’ She gestured that I had some strawberry juice on my chin. I wiped it. She shook her head and gestured again so I wiped it again.

And then – perhaps you’ll disagree, perhaps you’ll think this is what any mother does – she did something that seemed strangely intimate to me: she licked her finger and gently started to rub my chin with it. And as she did so – it was a stubborn stain – I couldn’t help but take her in: the freckles, the contrast of the blonde hair with those dark eyes. I was just going to ask her about this gallery business when she said, ‘You smell really good. What perfume are you wearing?’

Again, oddly intimate, no? But I’m a sucker for a compliment and I must have visibly brightened.

She smiled. She had good teeth, neat and white, like an advert mouth. ‘It’s gorgeous.’

I thought so too but it was very nice to have it pointed out. Looking back, it was probably the compliments that blinkered me to those palpable warning signs. How pathetic is that?

‘What does your partner do?’ she asked me.

‘He’s a consultant in communications,’ I said, which never fails to shut people up. ‘What about your husband?’ I asked, after the pause.

‘Wife, actually. She works in TV.’

Well, that shut me up. She was a lesbian. How refreshing. This neighbourhood needed a bit of diversity wherever it could find it; the school had got whiter and blonder with each passing year, the parents more homogeneous – a growing number of men in salmon cords with hearty laughs and women with salon‑shiny hair being walked by dogs that didn’t moult. I immediately wanted to ask her about the girls: who was the biological mother? Who was the father? What do they call you? All those obvious questions that no one likes to ask but  everyone wants to know. Then all the unobvious questions I wanted to ask, like how she knew she was gay. I was intrigued. I’d always been straight as a die. The idea of making love to a woman had never held any allure for me. I loved men. I loved their bodies, I loved their differences, I loved their masculinity. But I didn’t ask her anything, of course; I tried to give the impression of being cool.

‘I don’t know the area at all.’ She was patting her wispy locks, looking at me in that sideways way. I have to say, I’d only just had my hair cut and was feeling rather self‑conscious about it. Potentially I looked a bit 1974 – and not in a good way. The hairdresser had been somewhat gung‑ho and on leaving the salon, I’d caught a glimpse of myself from the side with what looked like a well‑groomed guinea pig perching on my forehead.

‘Sure! There’s a good place up by the library,’ I said, leaning over to get a better view of Annie, who was roaming about in a way that made me suspicious – she had been known to squat down for a crap in the bushes. She’s too feral, that child of mine.

And so the bond was made.

This all seems a very long time ago now. Six long years ago; like a different lifetime, back in the days when I would pass homeless people in the street curled up in urine‑drenched corners and carelessly think how on earth did your life go so wrong? Well, now I know. The answer is: quite easily, as it turns out. You’d think it might be a slow process of deterioration but the truth is it can turn in a moment, maybe even on a stranger’s whim – with a neighbour accepting an offer on a house in Buxton Road, for example.

From TOO CLOSE. Used with the permission of the publisher, Harper Paperbacks. Copyright © 2019 by Natalie Daniels. 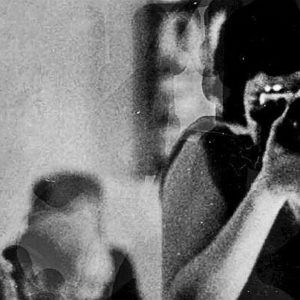 The Evolution of True Crime Memoirs The true crime memoir, as Laura Miller has pointed out, has undergone a renovation in recent years, from a cheap studio apartment...
© LitHub
Back to top